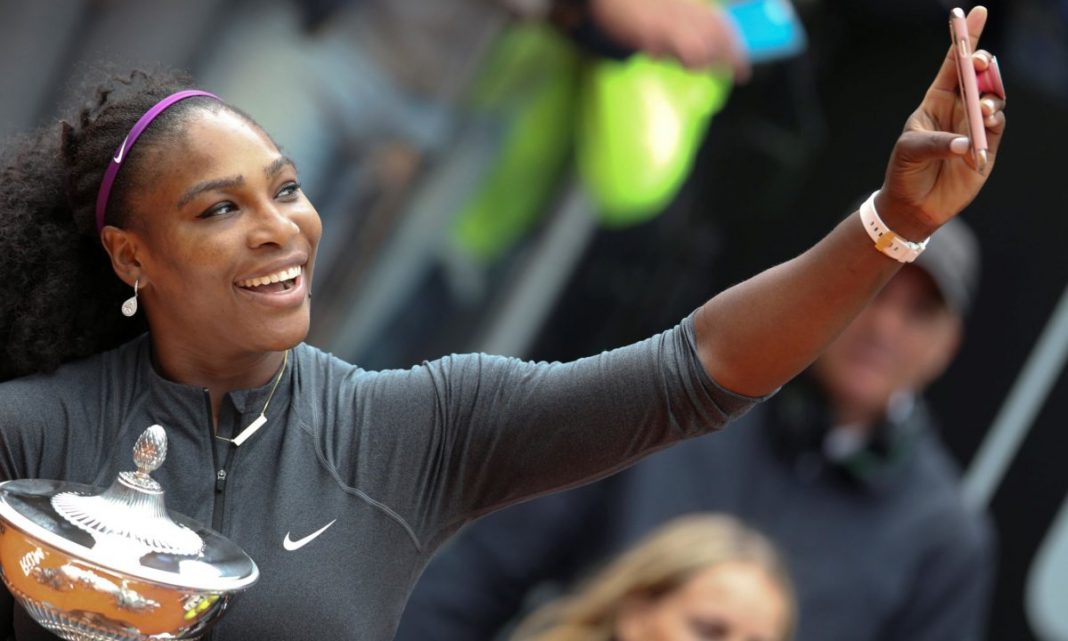 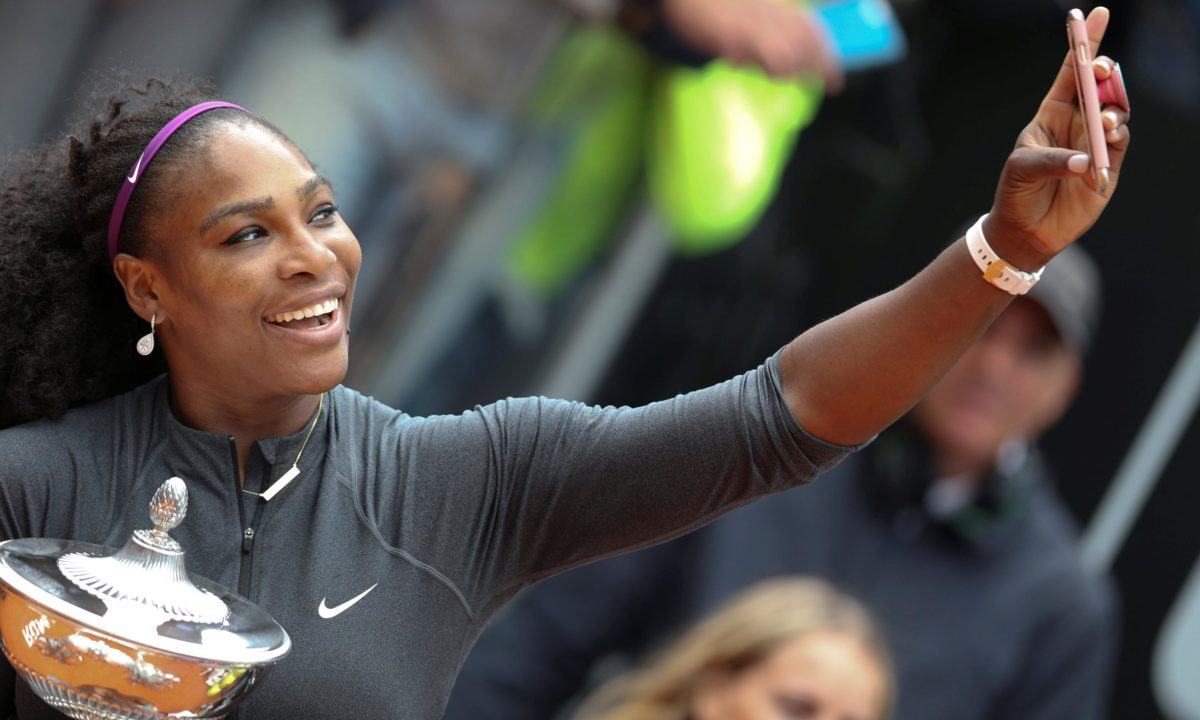 The 2016 women’s French Open for singles will start on Sunday, with quallies already well under way. This year’s tournament will feature numerous past champions in the draw however, among them, only Serena Williams appears to have a realistic chance at claiming another title.

Comprehensively, all the past champions that are expected to be in this year’s event are Williams, Svetlana Kuznetsova, Ana Ivanovic, and Francesca Schiavone. There isn’t a serious contender in that latter trio while two-time champion Maria Sharapova won’t be in the event due to her ongoing banned-substance saga. Other than that, all other French Open champions are currently retired.

But Williams charges into Roland Garros this season behind a recent title from Rome. As things look, she appears poised to put two failures in the last two Grand Slams behind her. At Flushing Meadows, Roberta Vinci defeated Williams in the semifinal round while Angelique Kerber caused a massive upset defeating Williams in the Australian Open final early this year. If Serena loses in Paris during the upcoming fortnight, it won’t necessarily be a massive upset though: historically speaking, the French Open is her worse major. However, there are basically no other top players on tour that can really claim to be in tip-top form heading into the French.

Starting with World No. 2 Agnieszka Radwanska, she’s nowhere near considered to be the second favorite despite her ranking. She missed Rome; she lost to Dominika Cibulkova early in Madrid, and she lost to the World No. 71 in Stuttgart. Recently Radwanska authored a delightful article for The Straits Times where she stated the following:

“The biggest issue for me on clay is movement. I don’t really like sliding on clay….On a hard court, you can slide, but you can also stop quickly and change direction. I can’t do that on clay. On clay I slide into the corner to hit a ball, and before I can even stop and run the other way, I see my opponent has hit the ball to the other corner. How can that happen? I’m still sliding the opposite way!”

She’s got less than a week to solve her clay-court mystery before she’ll have to face her first-round opponent. However, this two seed looks like she’ll be in coin tosses right from the second round onward.

Angelique Kerber, the World No. 3, won Stuttgart earlier this spring, but she followed that up by going 0-2 in match play in both Madrid and Rome. Kerber’s worst slam is the French historically, but she hasn’t been back to the quarters since making them back in 2012. I guess she came out of nowhere to win the Aussie, but her recent losses are to Eugenie Bouchard and Barbora Strycova, two outsiders at this year’s French Open. 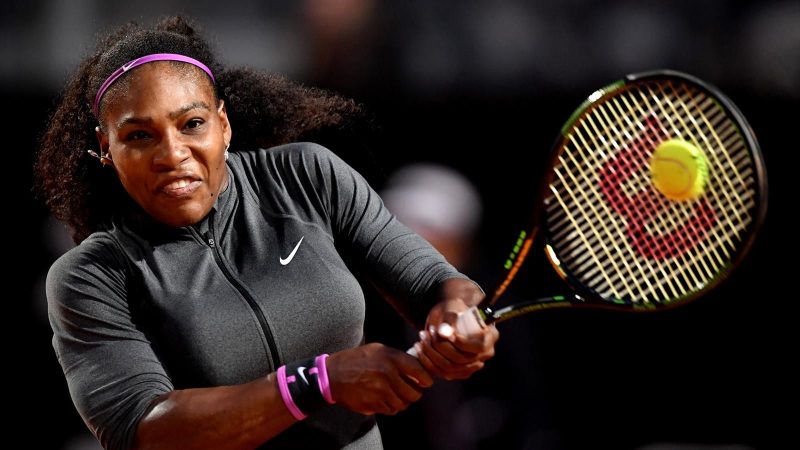 Garbine Muguruza is the World No. 4, but she’s not like most World No. 4s. The ten-month-long women’s season is about half over, and the Spaniard doesn’t have any titles yet, not even at the piddly events. Her ranking is high mainly due to the latter half of her 2015 season. However, she is in the midst of a post-Beijing title drought that doesn’t appear likely to end in Paris for her.

Victoria Azarenka ranked 5th, is very capable of winning the French Open, but she has hit hard times of late. She took herself out of the Madrid draw with a back injury and then had nothing in Rome last week. If she’s fit for the French, then there is still the question of being prepared in other ways. She didn’t actually get a clay-court match in against someone good this season, and that can only hurt her chances.

Looking down the rankings, it’s really hard to find anyone that appears to be threatening. Simona Halep won Madrid, but Williams wasn’t in the draw and Azarenka pulled out.

What about World No. 7 Roberta Vinci? Take a look at these ‘credentials’: lost to Johanna Konta in Rome, lost to Danka Kovinic in Madrid, and lost to Laura Siegemund in Stuttgart.

What about World No. 8 Belinda Bencic? She pulled out of the French as she continues to suffer from a lower-back injury that has blighted her since Charleston.

About the only non-Serena players looking dangerous right now are Madison Keys and Irina-Camelia Begu. The former made the Rome final while the latter did ample damage in both Madrid and Rome. However, each player faces seeding problems at this point in their careers still. Furthermore, only Keys has late-round Slam experience to draw upon should she put a big dent in the Roland Garros draw. That draw should be out by Friday, and it will have Williams as the top seed.

Invariably someone will survive the side of the draw opposite to her to advance to the final. However, your guess is as good as mine when it comes to who that player will be. Heading into the 2016 women’s French Open, the final looks like Serena Williams vs. Opponent-yet-to-be-determined. For sure, there will be a solid dozen candidates capable of winning the latter spot but finding a player ranked outside of top spot right now that can be counted on to win six straight matches is much easier said than done.