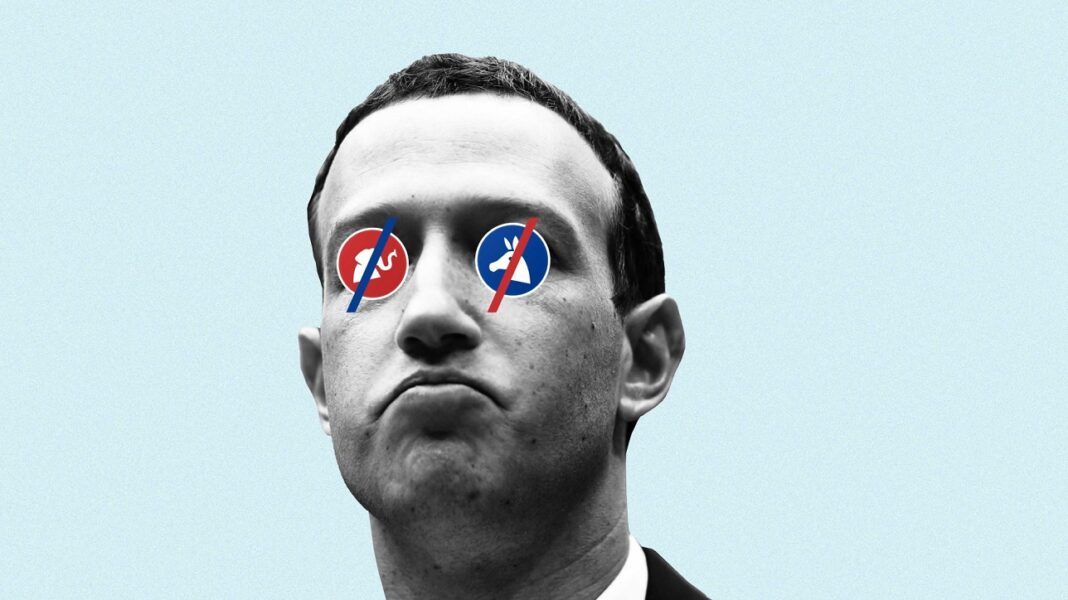 After basically catching Mark Zuckerberg in a series of lies about Facebook’s business practices, Rep. Pramila Jayapal is back giving the social media giant a whack on the knuckles. As tech giants are now coming up closer scrutiny from Washington, D.C. they still seem to be left to their own devices when it comes to monitoring disinformation on their platforms.

Once something bad happens, then the politicians really step it up. Now that Donald Trump is stepping up everything he can to win the 2020 election against Joe Biden and Kamala Harris, Dems are realizing they need to step up things with Facebook as that platform helped him win the 2016 campaign against Hillary Clinton. Just a click look on Facebook will show you plenty of disinformation campaigns still running proving that advertising cash is still king to Zuckerberg and not the truth when it come to politics.

Two influential Democrats on Capitol Hill have urged Facebook to take stronger action against misinformation, voter suppression and incitements to violence ahead of the 2020 election.

In a letter sent to the company on Sunday, U.S. Representatives Pramila Jayapal and David Cicilline accused Facebook of failing to enforce its own rules when it comes to false claims about the election, and not doing enough to stop right-wing militias and white supremacist groups from using the platform to organize potentially violent events.

“With the election less than 50 days away, the lack of concerted action by Facebook to address this threat to our democracy is a grave concern,” the two lawmakers wrote. “We are at the precipice of a democratic crisis, and Facebook must take all immediate steps within Facebook’s power to avert this crisis.”

Congress has done little to increase oversight of social media companies, so the letter amounts to little more than a public scolding. Federal officials have largely let the companies set their own policies on hate speech and misinformation.

In its response to the letter, Facebook noted that it faces pressure from both parties.

“We’ve faced criticism from Republicans for being biased against conservatives and Democrats for not taking more steps to restrict the exact same content,” company spokesman Andy Stone said in an email. “Our job is to create one consistent set of rules that applies equally to everyone.”

They also urged Facebook to hire more experts on racial hate groups and to improve enforcement of an existing ban on posts encouraging people to take weapons to polls or election offices. Finally, Jayapal and Cicilline call on Facebook to enforce its rules equally on President Donald Trump, who has repeatedly posted baseless claims about voting and election integrity.

Facebook has announced several changes intended to curb voting misinformation, and has also removed hundreds of accounts tied to hate groups or individuals who encouraged followers to show up armed at protests against racist policing. But Cicilline and Jayapal say the efforts haven’t gone far enough.

Cicilline, of Rhode Island, and Jayapal, of Washington state, have emerged as two of the company’s fiercest critics in the nation’s capital. Both grilled Facebook founder Mark Zuckerberg over his company’s policies during a hearing this summer by the House antitrust subcommittee, which Cicilline leads.