Home All News Celebrity Gossip Kylie Jenner & Tyga On, Off, On While Tyra Banks Ditches Again

Unfortunately, rapper Tyga didn’t necessarily have the most joyful 26th birthday. It has been reported that his girlfriend Kylie Jenner broke up with the rapper on his special day.

Fans speculated a possible split when Kylie was nowhere to be seen in social media posts from his Tyga party. Shortly afterwards, TMZ broke a story that Kylie had returned home prematurely from her business trip to Australia because of something that Tyga did.

An insider told E! News, “they are on a break. They were just a week or so ago talking about ‘ever after’ and things got messy this past week. Kylie wants time to just be by herself and do her. Tyga is not giving up as that’s his one and only lady.” Another insider went on to say that Tyga is “devastated,” and is adamant he “did nothing wrong.”

The couple started dating back in October 2014, and just recently Tyga gifted Kylie a Ferrari for her 18th birthday. However, Kylie didn’t return the favor as she, along with the whole Kardashian and Jenner clan, were MIA from his birthday dinner at The Nice Guy in West Hollywood. In addition, the clan was also notably missing at the after party held at 1Oak nightclub. Although, Tyga did have some other big name guests, including A$AP Rocky, Wiz Khalifa, Jamie Foxx and Leonardo DiCaprio.

While Kylie and Tyga have not publicly come out to comment on the alleged split, Kylie did share a potentially telling video on her SnapChat. In it, the young star was seen singing along to Bryson Tiller’s “Been That Way,” which includes lyrics: “She don’t never want to see us go through round two/Cut her off that’s what I’ doing now, you/Told me I should go out and do my thing/ Damn right I do my thing” 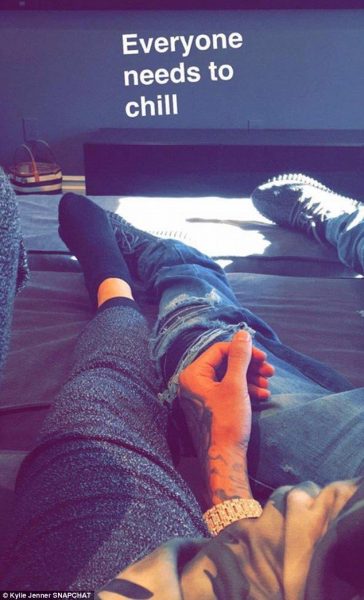 As we know in Kardashian land, you can’t beat a tired story enough, so Kylie Jenner posted a pic of her and Tyga laying back stating ‘Everyone needs to chill.’ Girl, you should be grateful people still care enough to want to know. Just wait until it’s gone, and then you’ll be pulling out all your momma stunts to get attention. 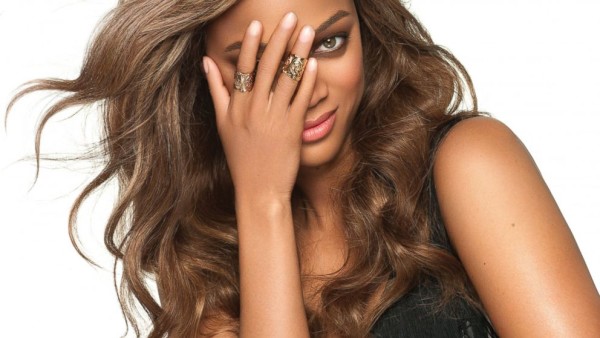 Tyra Banks is once again leaving daytime television. The supermodel announced that she is leaving her talk show FabLife, after just two months. Tyra’s representative confirmed that Tyra has decided to quit the show so that she can focus on her cosmetics line, Tyra Beauty.

Reports claim that Tyra plans to continue her role of executive producer through December. In addition, current co-hosts Chrissy Teigen, Joe Zee, Lauren Makk and Leah Ashley are expected to remain on the show. There are also no concrete plans to replace Tyra on the panel.

In a lengthy Instagram post-Tyra put up on Friday, she explains: “[Tyra Beauty] is all about being the CEO of your life, creating amazing opportunities and zagging when others zig. I’ve made an executive decision to keep following my heart and spend more time focusing on my army of entrepreneurs, my Beautytrainers, so we can bring power of transformation to people everywhere. You all inspire me. Sharing how hard you’re working to make your life better. Showing your friends that beauty is right at their fingertips. Rackin’ up those Bank$signs and achieving your BFOGs – those Big Fierce Outrageous Goals, baby! What you put into your biz is what you will get out of it, and I’m doubling down and working even harder for YOU…”

@tyrabeauty is all about being the CEO of your life, creating amazing opportunities and zagging when others zig. I've made an executive decision to keep following my heart and spend more time focusing on my army of entrepreneurs, my Beautytainers, so we can bring the power of transformation to people everywhere. You all inspire me. Sharing how hard you're working to make your life better. Showing your friends that beauty is right at their finger tips. Rackin’ up those Bank$igns and achieving your BFOGs – those Big Fierce Outrageous Goals, baby! What you put into your biz is what you will get out of it, and I’m doubling down and working even harder for YOU. You curious what I'm talking about? Wanna see what I’m werkin' so hard on? Head to https://tyra.com/www/en/us/join-our-crew (link in bio!) and join our movement. Follow your fire ?

A few weeks ago it was also announced that Tyra’s show America’s Next Top Model was coming to an end after 22 cycles. However, Deadline reports that the show is in talks to move to a different platform after it leaves its current home, The CW. Sources have told us that the production crew is relieved that she’ll be going stating, “It couldn’t come quick enough for us. She’s got the same attitude she had with her previous talk show, and she’s jumping ship as this one’s running off the rails already.”