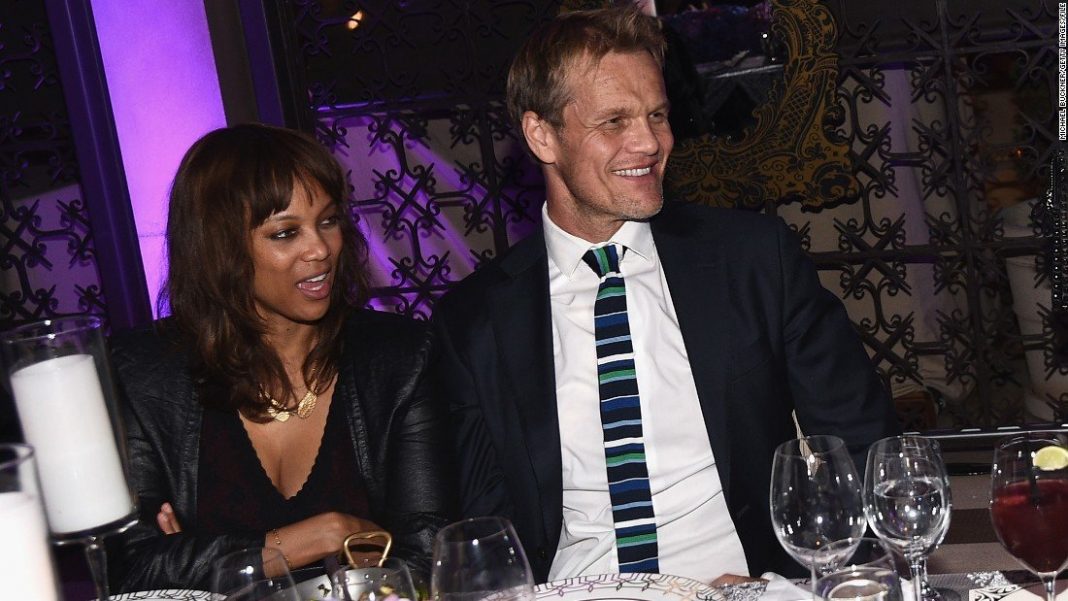 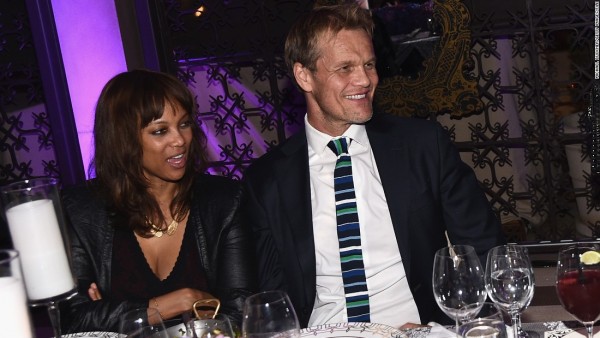 As supermodel-turned-businesswoman Tyra Banks closes the America’s Next Top Model chapter of her life, she is smoothly transitioning into her new role as a mother. Last month Tyra announced that she and her boyfriend Erik Asla had welcomed a baby boy into the world via surrogate.

While she made the announcement weeks ago, Tyra held off showing her son York to the world…until now that is. On Sunday, the star posted a picture of her glowing without make-up while gazing on as her son sleeps on her chest. Alongside the picture Tyra captioned, “This is the Happiest Valentine’s Day of my life. York, Daddy [Erik Asla] and I send you so much love.” 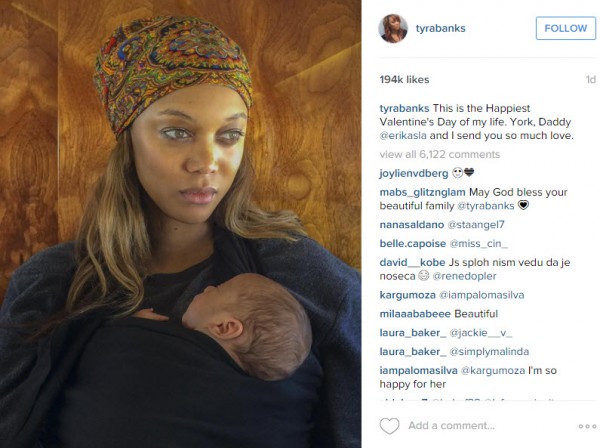 Tyra has been receiving tons of support and praise for her decision to use a surrogate. It was just last September that the former FABLife talk show host opened up publicly about her struggle with infertility. On the talk show Tyra got emotional as she explained, “[Me and co-host Chrissy Teigen] are kind of going through this similar thing with IVF and you know, putting needles in your tummy every day and having to come to work and smile when you feel like you want to throw up and lay down…”

Fortunately, a lot has changed since then, as Tyra is now a mother and Chrissy is pregnant with her first child with husband John Legend. 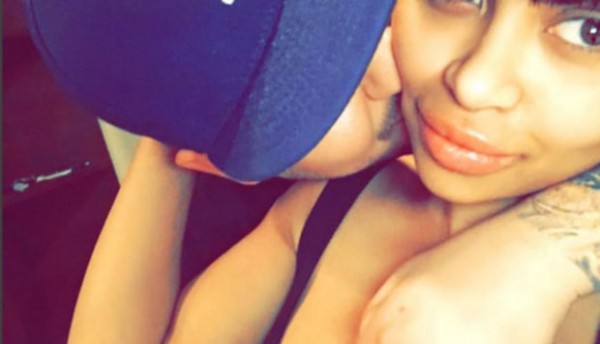 Another star that had a very special Valentine’s Day is none-other-than Blac Chyna. The model posted a picture on her Instagram showing herself admiring her giant bouquet of red roses. While most people could have easily guessed who gifted her them, Blac Chyna made sure everyone knew by tagging Rob Kardashian in the post. 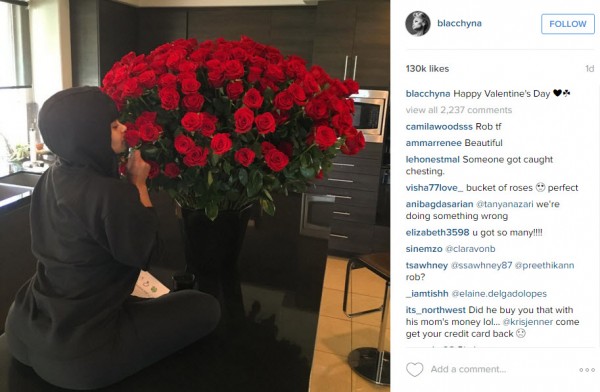 In addition to showcasing the roses, the post also included a small glimpse at the note that accompanied the gift. Strategically placed, followers can see that the note says “I LOVE YOU” alongside several emojis.

Shortly after, Blac Chyna showed off yet another gift Rob sent her for Valentine’s Day. In an Instagram video, she revealed a giant customized painting that features the lyrics of a song that the couple has deemed as theirs. Chyna is heard saying, “Look at this really nice painting my baby got for me! If you look really close, it’s actually lyrics to our song. Happy Valentine’s Day Rob!”

Although sources claim that most of the Kardashian-Jenner clan isn’t too thrilled with the new romance, Blac Chyna has evidently helped Rob get out of the dark place he has been in for quite some time. A source recently explained to E! News that she has been helping him “[take] better care of himself since his health scare (in which he was diagnosed with Type 2 Diabetes).” In return Rob has – and mostly likely will continue to – shower Blac Chyna with gifts.