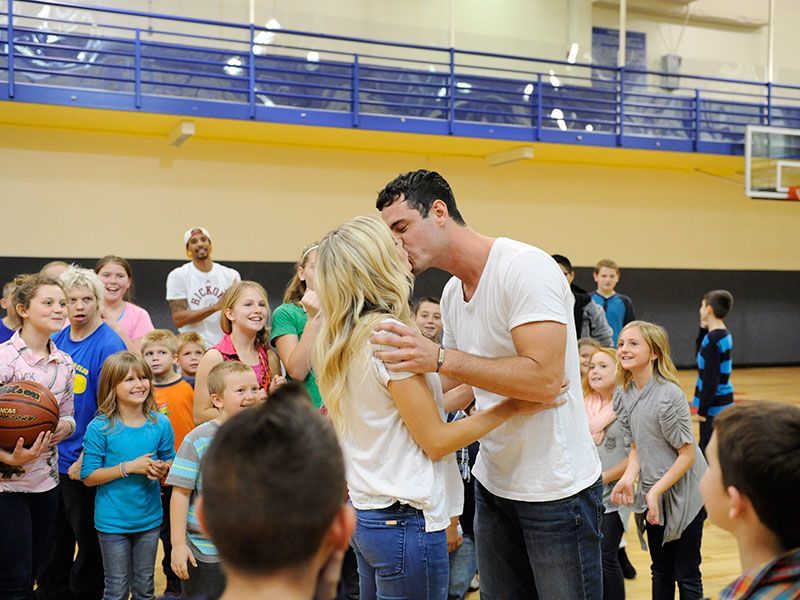 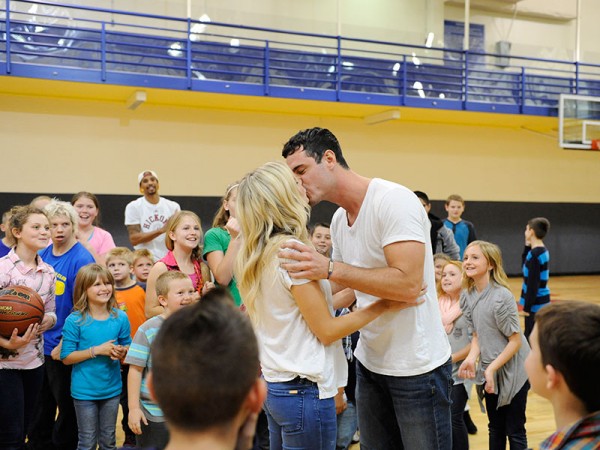 This season of The Bachelor has just flown by. On this week’s episode, Ben invited the remaining 6 women to join him in his hometown of Warsaw, Indiana. Here, he filled his parents in on all of the craziness that has been happening over the past few weeks and told them all about the 6 ladies who he could potentially be engaged to in just a matter of weeks.

The episode begins with Ben joining his parents for a quick briefing at a local diner. Ben tells them about his past week in the Bahamas, which he admits was tough and took a toll on his overall mood. However, he says he is feeling positive about being in his hometown and confident that he is definitely on the path to falling in love. Just like every other Bachelor mom, Ben’s mom right off the bat tells the confessional camera that she can see from how happy Ben is, that he is going to find his soulmate through the reality show’s process (I think someone should show her the statistics when it comes to Bachelor relationships…).

Once all of the ladies arrive in Warsaw, Ben invites Lauren on the first one-on-one date. He picks her up in a vintage truck and drives her around for a quick tour of the area. They eventually stop in at a local kids recreation center where Ben used to work, and they join in on a basketball workshop. Here we are gifted one of the cheesiest scenes in quite possibly all of Bachelor history, as Ben approaches a young boy named Eric, who is sitting on the sidelines looking upset. Lauren watches (and swoons) as Ben convinces Eric to join in on the activities. Later on in the day, Ben takes Lauren back to his place where they wind up talking about the difficult conversation they had last week. As you may recall, Ben confronted Lauren about the fact that several of the other women claimed she was being fake towards Ben and wasn’t truly as “into it” as she seemed to be when he was around. Fortunately, Lauren is able to clear the air and tells Ben how untrue this claim is – which prompts Ben to state that he completely trusts her. In confessional Lauren admits, “I’m not in love with Ben the Bachelor. I’m in love with Ben from Warsaw, Indiana.” 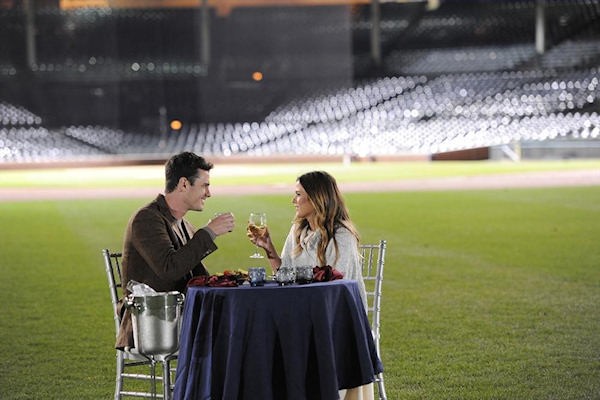 The next day Jojo joins Ben for a one-on-one. Ben and her end up going to Wrigley Field in Chicago, which happens to be the home of Ben’s favorite sports team (The Cubs). Needless to say, Jojo is overjoyed when she puts on the customized jersey that has “Mrs. Higgins” scrawled across the back. In contrast to Lauren, Jojo is a bit more hesitant to falling head over heels for Ben. In confessional Jojo admits she is not quite ready to give him her heart while Ben states that he feels that he is more himself around Jojo than any other woman in his life.

Later on in the date, Ben confronts Jojo about her hesitancy to be vulnerable while they have dinner in centerfield of the stadium. Here we get the classic “I loved him more than he loved me” story from her, which she claims is why she is so protective of her heart. However, Ben seems to break down some of her walls as she tells him, “My heart is ready to give to you.”

The next day is all about the group date Ben has set up for Caila, Becca and Amanda. Unfortunately, the ladies are forced to face off against one another, as there is only one rose for Ben to give out – which guarantees the recipient a hometown date (and sends the other two women back to their nearby temporary residence). After (attempting to) fly some kites on a local farm, Ben pulls each lady aside for some quality time. He seems to give hope to each of them, which is unfortunate especially for Becca, who requests one thing: not to be blindsided. However, this is exactly what happens as Ben ends up giving the rose to Amanda. Thus, both Becca and Caila are sent back to join the other ladies wallowing in self-pity.

In quite possibly the weirdest Bachelor date, Ben takes Amanda to a local McDonald’s where they proceed to take over the drive-thru duties. Like a good sport, Amanda pretends she is enjoying herself as Ben makes her share a French fry with him Lady and the Tramp-style. After this, Ben surprises Amanda by taking her to the Warsaw Carnival, where every single member of the community pretends they have some deep-rooted connection with the bachelor.

The last date of the week goes to professional twin Emily. Ben brings her to his childhood home, where she gets to meet his parents. In confessional Emily bluntly admits, “talking to people can kind of be a hard thing for me,” which is something she might want to keep to herself as Ben is most likely looking for a wife who can talk to people.

Emily ends up having a private conversation with Ben’s mom. Unfortunately, this leads to her just listing off everything wrong with her, which doesn’t seem to give Ben’s mom much confidence in her son’s taste in women. Emily even tells her, “I feel like I’m so average at everything in life.” Needless to say, Ben’s mom is unimpressed and ends up getting emotional when she tells Ben she doesn’t feel Emily is ready to settle down and be the wife that Ben is looking for.

In classic Bachelor-style, Emily walks away from the family gathering gleaming while Ben is preparing to break her heart. As the two arrive outside the place where all the women are staying, he sits Emily down and tells her he can’t imagine her being his wife. Thus, Emily says bye to the women and heads back to Las Vegas to resume her career as a professional twin.

Lastly, Chris Harrison jumps back into the scene as he prepares Ben for yet another rose ceremony. With Amanda already holding a rose, Ben ends up giving the other roses to Lauren, Jojo and Caila. Unfortunately, this means yet another Bachelor dead end for Becca, who Ben doesn’t feel as strong of a connection with (following this Becca is rightfully pissed that Ben promised he wasn’t going to blindside her just 24 hours prior to doing so…again!).

Therefore, Ben is now headed to meet Amanda, Lauren, Jojo and Caila’s families as he now joins them in their hometowns.

You can see what happens with Ben and his final four when The Bachelor returns on Monday, February 22 on ABC. 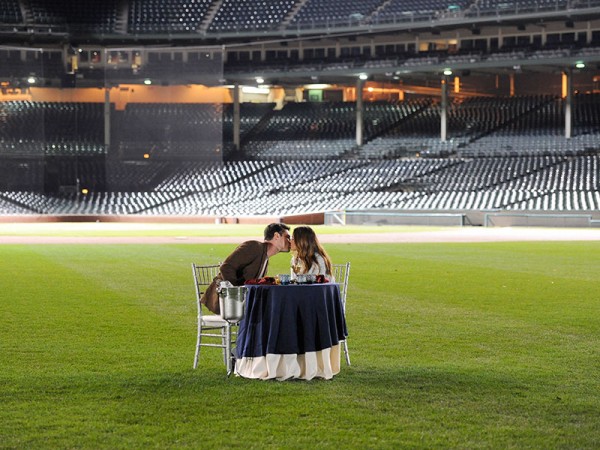 Ben travels all around the states to meet the families of the final four women left in the running. However, an unexpected event happens leaving one of the ladies completely blindsided.