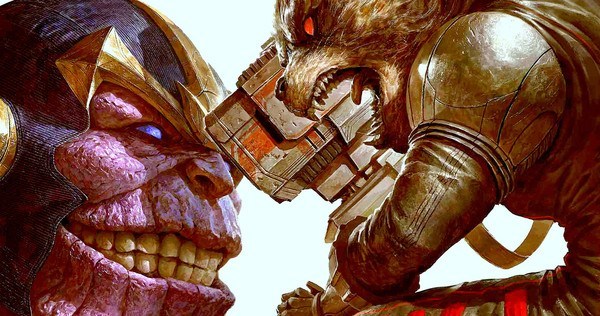 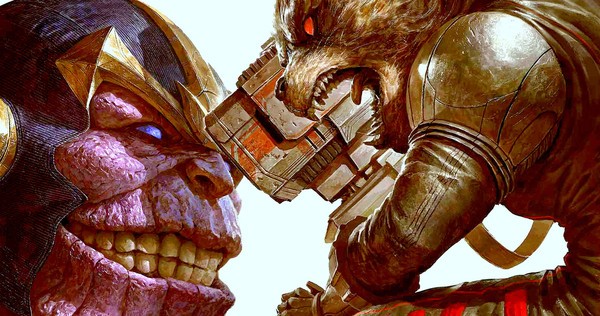 Except for Doctor Strange, moviegoers who aren’t comics fans are pretty much familiar with Marvel’s “Guardians of the Galaxy,” “Agents of SHIELD” and “Captain America.” Everyone is by now anticipating the upcoming half of “Agents of SHIELD” Season 3, “Captain America: Civil War,” “Doctor Strange” and “Guardians of the Galaxy Vol. 2.” The question now is, who will they be fighting this time? Will their opponents be much different than they are or will we be expecting villains with the same powers as the protagonists?

Let’s get to know some of the hundreds of villains within the Marvel Universe in relation to Marvel’s upcoming features. For Guardians of the Galaxy, it’s rumored that Ego the Living Planet will be a villain in the film or will just be making an appearance. Yes, you read correctly, a living planet. Inspired by the space hype during the 60s, Marvel legend Jack Kirby thought of the concept of a living, thinking planet and how cool it would be. Thus, Ego was born in 1966, and his opponent was no less than Thor. Imagine Thor fighting a living planet. There’s no need to imagine if you can get your hands on Thor issue 132. But still, imagine the spectacle on the big screen when the Guardians of the Galaxy go up against an enemy the size of a planet. So what can a planet do? With a brain so massive, Ego is bound to be highly intelligent and will have vast psionic powers. He will also be able to manipulate the matter on his surface to fight or consume his enemies. To get an idea, watch Green Lantern: Emerald Knights for DC Comics’ universe own living planet who is also a green lantern, Mogo.

Since we’re discussing our cosmic heroes, let’s discuss other baddies called the Celestials. The Celestials have been tackled twice in the first movie. First, the entity that the Collector showed using the orb looked very much like a Celestial as they appear in the comics. Second, Knowhere was said to be the severed head of a Celestial. So what are the Celestials exactly? The Celestials are very ancient cosmic entities that existed near the birth of the universe, perhaps a billion or so years younger than the Fantastic Four’s Galactus, who existed even before the universe was born. The Celestials are massive and powerful beings. The spaceport Knowhere gives us an idea of how large a Celestial can be because it’s the severed head of one of their number. In the comics, they visit the Earth every few thousand years to interfere in its development. Like Ego, they’re not villains per se but more like forces of nature but like deadly hurricanes, they need to be kept at bay.

Back on Earth, in Agent Carter Season 2, we’re treated to one of Marvel’s less popular villains called Madame Masque also known as Whitney Frost. Madame Masque in the comics is a regular Iron Man villain who is proficient in hand-to-hand combat and robotics. She hides her disfigured face behind a golden mask. In the MCU, Whitney Frost exists in the 1940s as an actress and a physicist who is accidentally possessed by the Darkforce. The left side of her face which she hides with her hair is gradually disfigured every time she uses the Darkforce.

After “Agent Carter” Season 2, we will be treated to the second half of Season 3 of “Agents of SHIELD.” Spoiler Alert! (Skip this paragraph if you haven’t seen the first half of Season 3) It turns out that HYDRA is way older than the Red Skull. That it was not founded by Captain America’s old enemy but by a group of people who worship an ancient Inhuman. That Inhuman was banished to another world and HYDRA’s main motivation for achieving power was to bring that Inhuman back. Our beloved SHIELD Agents managed to get to that world and was followed by HYDRA. The ancient Inhuman turns out to be alive still and has hitched a ride to Earth in the body of SHIELD traitor Grant Ward. The creature, if it would later resemble HYDRA’s octopus logo, has a comics counterpart known as Hive. In the comics though, instead of an ancient creature, Hive was created by HYDRA to embody the HYDRA ideal. Hive is composed of an unknown number of genetically engineered parasites with a hive mind. In TV and in comics, Hive can inhabit human hosts and improve on their abilities. How Hive improves Grant Ward remains to be seen. Grant Ward was earlier rumored to be the MCU’s incarnation of Taskmaster. Although highly skilled in combat, it was never implied that he had the power to copy and anticipate his opponent’s fighting styles through observation which is the character’s ability in the comics.

Speaking of HYDRA, the organization remains a player in the upcoming Captain America: Civil War. The movie, of course, highlights a battle between two superhero groups respectively led by Iron Man and Captain America, but it’s rumored that Baron Zemo who will be played by Daniel Bruhl will be pulling the strings with the help of STRIKE agent Brock Rumlow better known as Crossbones. In the comics, Baron Heinrich Zemo was one of Captain America’s long-time foes during World War II. He’s a Nazi scientist depicted as wearing a purple suit and purple mask which was accidentally permanently stuck to his face due to a powerful adhesive. In modern times, his son Helmut Zemo takes up the mantle, and it will be Helmut featured in Civil War. As for Crossbones, we know his story from Captain America: Winter Soldier. He’s back from being wounded by the collapse of the Triskellion in a costume very similar to his comics counterpart.

Finally, we get to Doctor Strange. Aside from the obvious Baron Karl Mordo, which by the way, follows the Marvel formula or protagonist equals antagonist, the Sorcerer Supreme will be fighting a more powerful sorcerer equal to the Ancient One who will be played by Mads Mikkelsen. That was according to Kevin Feige. That sorcerer might be named Dormammu in order to be consistent with Doctor Strange’s comics arch nemesis. If so, we could again see a formula similar to Iron Man 3 where Iron Man’s arch nemesis The Mandarin is played by someone else entirely. In the comics, the Dread Dormammu is one of Dr. Strange’s perennial foes. He is a powerful being composed of mystical energies and is the ruler of his own pocket dimension, known as the Dark Dimension. Still, it’s a rumor that Mr. Mikkelsen will be playing Dormammu. If not, the closest Marvel character to describe what Mr. Feige said would be the lesser-known Kaluu and Mister Jip, former peers of the Ancient One, who both opted to use dark magic instead of light. Better yet, to tie in to the Infinity Wars, Mr. Mikkelsen might play the character known as The Mystic, who is in league with Thanos.

As for Karl Mordo, who will be played by Chiwetel Ejiofor, he will be consistent with comic book lore as one of the Ancient One’s pupils destined to betray him. Baron Mordo will be depicted as an amalgamation of various sorcerers in the comics. According to Mr. Ejofor, Mordo will be a complex character and won’t be as villainous. Kind of like the DC villain Sinestro of the Green Lanterns. So there it is. To be effective in battles, it’s best to know your enemy.