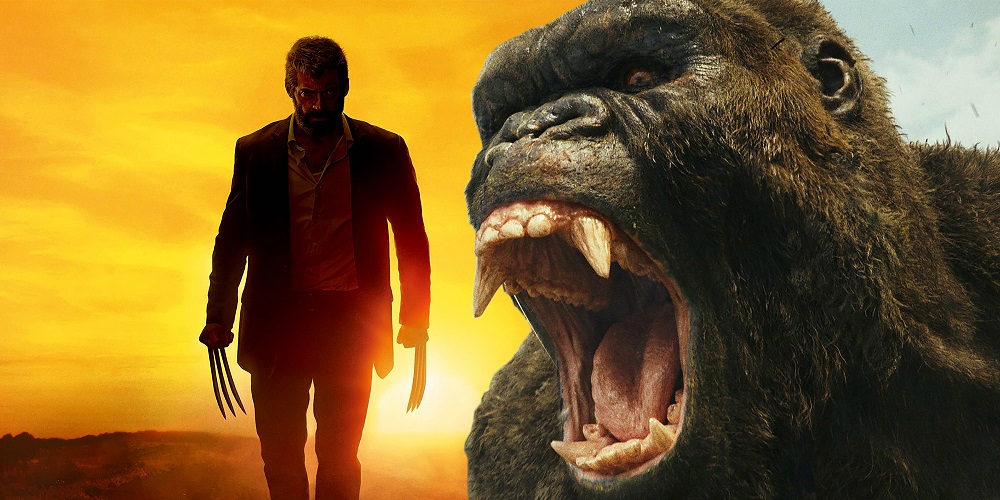 Hugh Jackman‘s final outing as Wolverine in “Logan” may have gotten better critics reviews (92% vs. 79% on Rotten Tomatoes), it was unable to keep the huge gorilla in “Kong” from trampling all over it at the box office. Patrick Stewart had also confirmed on The Graham Norton Show that he was officially hanging up his Magneto powers with this film.

It was a battle of the beasts at the box office this weekend, and King Kong emerged as the definitive victor over Wolverine.

According to studio estimates Sunday, “Kong: Skull Island” amassed $61 million in its first weekend in theaters, surpassing expectations and easily beating out “Logan,” which is now in its second weekend.

Jeff Goldstein, Warner Bros.’ head of domestic distribution, said the weekend “far exceeded everyone’s expectations,” and he predicts Monday actuals might come in higher than the estimated $61 million. The film, which earned a B CinemaScore overall, was graded stronger by younger audiences, many of whom will have extra days off soon for spring break.

“The world of mouth is really kicking in,” Goldstein said.

Costing a reported $185 million to produce, “Kong” still has work to be done, however, to reach profitability, and much of that will depend on international earnings.

“They had a solid weekend. But they’re going to be looking for a half-billion worldwide to make it a certifiable hit,” said Paul Dergarabedian, senior media analyst for box office tracker comScore.

Fox’s “Logan” took second place, down around 58 percent from its first weekend with $37.9 million. The R-rated pic, which sees Hugh Jackman reprising his role as the X-Men character Wolverine, has earned $152.7 million in total.

In third place, “Get Out,” the buzzy horror film directed by Jordan Peele, added $21.1 million, pushing its sum to $111 million in just three weeks.

With a price tag of only $4.5 million, the movie is a certifiable hit for Blumhouse and Universal and continues to remain prominently in the conversation up against films with much larger production and marketing budgets behind them.

Rounding out the top five were the faith-based movie “The Shack,” with $10.1 million, and “The Lego Batman Movie” with $7.8 million.

The strong weekend nudged the year to date out of the red, too, and even at this early date, Dergarabedian thinks the box office might be headed for yet another record year based on the number of releases.

Next week shows no sign of slowing, either, with Disney‘s “Beauty and the Beast” poised to earn well over $100 million out of the gate.

“It’s a March of beasts for sure,” said Dergarabedian. 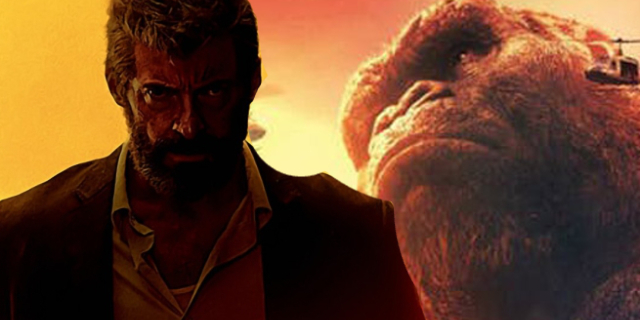