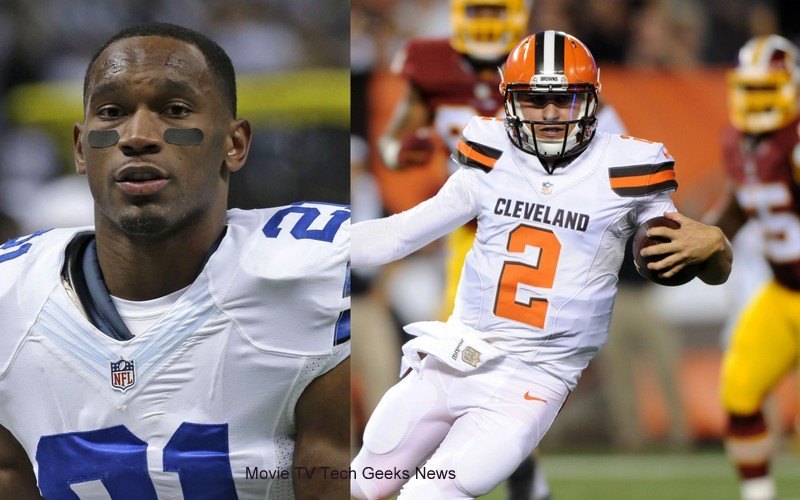 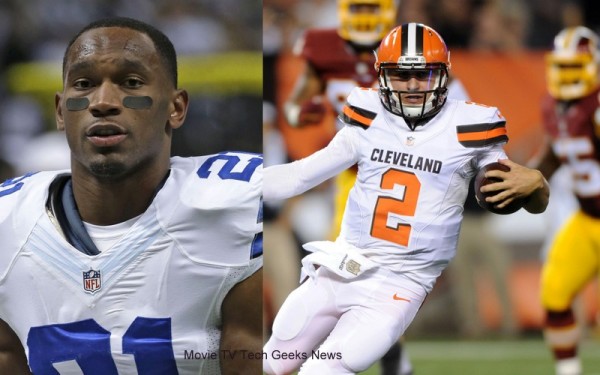 While the NFL is being much more aggressive when it comes to off the field incidents involving its players, it’s still a foggy situation as to who gets punished and how quickly. Just comparing Joseph Randle and Johnny Manziel shows how complicated it is for the NFL to dole out the right punishment in each situation.

Randle, who is inactive for his Cowboys against the Seahawks, could miss a couple games for an arrest back in February for Marijuana possession. Randle was also arrested for shoplifting in the past, so he is no stranger to the legal system.

Johnny Manziel remains active as the backup for his Browns despite his recent brush with the law involving an incident with his girlfriend, Colleen Crowley. Manziel was not arrested though details of the incident certainly put him in a bad light as the NFL tries to put the hammer down on any domestic violence involving its players.

Manziel met with NFL investigators last week as they try to get to the bottom of what happened between Johnny Football and his live-in girlfriend Crowley. The Browns #2 QB was represented by NFLPA attorney Heather McPhee, who helped Ray Rice get his indefinite suspension lifted and also represented Tom Brady in his ridiculous DeflateGate case.

It’s easy to wonder why one player faces a suspension that will come sooner rather than later. Randle’s arrest was over eight months ago while Manziel’s incident happened just weeks ago. It takes time to sort out the details of these off the field incidents, even though the slow process makes both the League and the players involved look bad.

The reason for Randle’s inactive status for Sunday’s game with Seattle has more to do with his current mental state than the Marijuana arrest. This according to NFL Media Insider Ian Rapoport.

Manziel was never arrested so there shouldn’t be a lot for NFL investigators to look at. He was stopped by the police and the few minutes seen on the dashcam is about all investigators will have to go on. Unless Manziel says something really dumb during his interview (no chance with McPhee right next to him), he could get off with no suspension at all.

It’s hard for me to see how his actions can’t be considered domestic violence if he truly pushed his girlfriend’s head into the car window. These quotes from Crowley to police seem like an open and shut case, “Manziel pushed her head against the glass of the car” and that he “hit her a couple of times.”

However, I’m no lawyer and would stand even less a chance against Heather McPhee than the NFL’s team of investigators do.

If I were in charge of the Browns, I would like to believe I would make Manziel inactive until this is sorted out. It is their right to do just that. The fact that his girlfriend stated that the guy struck her would be enough for me to sit him. Probably even cut him.

That’s one reason I’m not a billionaire I guess. If I had the bankroll to own an NFL team, I would be smart enough with money to know that I was locked into keeping Manziel ready to play even though he hit his girlfriend during an argument. If Josh McCown goes down, I would have to have a #2 guy ready to go. That’s Manziel.

As for Joseph Randle, he’s just a running back, and the Cowboys can fill his spot pretty easily. RB < QB. It’s a very simple equation. They could cut Randle right now, and it would be no major blow to the franchise long term. Running backs should remember this, even with harmless offenses like weed possession.

The League’s responsibility is different than the teams involved. Sure Roger Goodell could just slap Johnny Football with a six-game suspension in a hurry. However, it would likely get overruled just like many other cases when it got to a higher authority.

The NFL has to get all the details and have their ducks in a row. Even then the punishment may not stick.

I hate to defend Roger Goodell, but it is hard to be tough on domestic violence when even the court system can’t get it right. We witnessed that with Greg Hardy winning his court appeal by bribing his abuse victim to disappear, allegedly.

And with Manziel, the police didn’t even arrest the guy.

So I guess we shouldn’t expect the NFL to be much better when it comes to dealing with guys who go astray like Manziel and Randle.