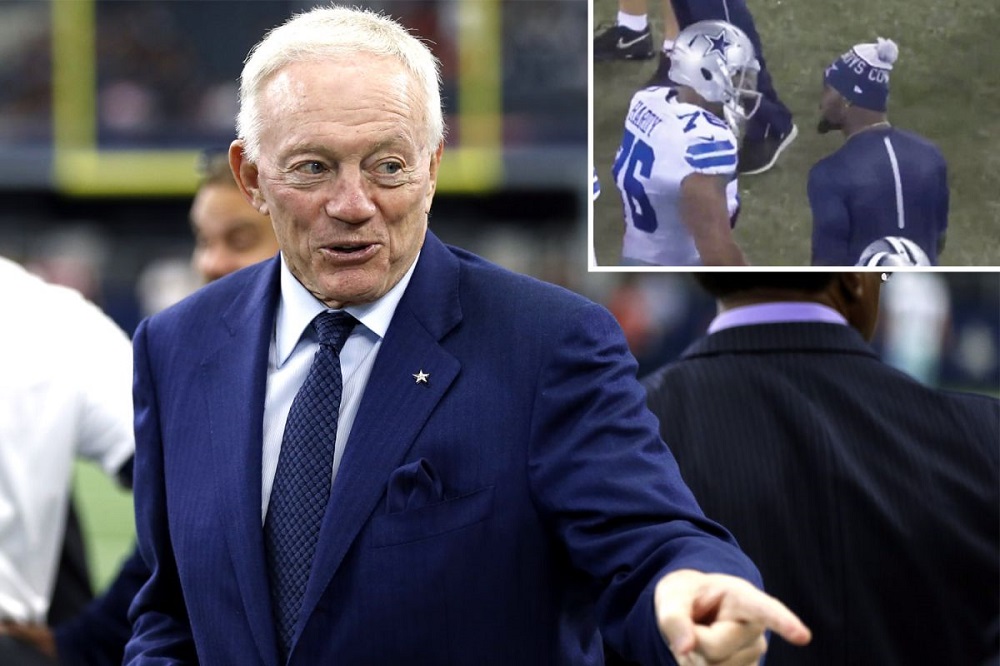 The NFL Players’ Association has been fighting against the league’s strict marijuana policy for years with little success. Now, they may finally have someone with a bit more pull behind them: Dallas Cowboys owner Jerry Jones.

At the league’s annual owners meeting in Phoenix last month, Jones told his counterparts that he’d like to see, among other things, the NFL “drop its prohibition on marijuana use,” stop investigating its players, and pay NFL commissioner significantly less.

While the last one could see some traction with others around the league, the pot thing will be tough. The owners can’t wave their magic wands and make weed okay—it will need to be discussed during the next collective bargaining agreement. We all know how much fun those can be.

Back at the Super Bowl, Goodell noted that he’s open to talking about marijuana in the league, but only if the players are willing to negotiate on other topics.

“We sent the union last spring several pages or lists of issues that we wanted to address,” said Goodell in February during the Super Bowl LI festivities. “As the league and as ownership and I expect—and we put on that list drug policy as one of those issues—so we would love to engage, but I think what we’re seeing is a reason why we should all sit down and get at the table, begin negotiations so that if we want to reach a different policy on either the drug policy or any other matter, we can all begin that earlier and do it in a way that’s responsible.”

The NFL has the strictest limits on weed use of the four major sports. Until 2015 a positive test was considered anything above 15 nanograms per milliliter. I’m no scientist, but I’m being told that’s not a lot. They league upped the maximum to 35 nanograms. The MLB, for reference, allows 50 per milliliter.

With recreational and medical marijuana now legal in 25 states across the U.S., it seems likely that the league will be willing to move more on this, especially by 2020 when everyone takes their seats for the new collective bargaining agreement discussions.

As for Jones’s request that the league stop investigating players, I’m not sure there will be much support. I understand the argument, Jones thinks the NFL’s “practice of investigating off-field misconduct” has gone too far, and that the league needs to fall back and let the criminal justice system handle these situations.

Let’s be honest for a second, though. These guys are millionaires. Having some of the country’s top lawyers at your disposal usually works out in your favor—just ask O.J. Simpson. Players like Ray Rice and Greg Hardy deserved to be punished by the league despite clearing all legal hurdles.

Also, if the NFL isn’t allowed to investigate players and punish them at a whim, how will Goodell get his kicks? I understand Jones isn’t happy about the continuous investigation into Cowboys star running back Ezekiel Elliott, but he’ll have to live with it for now.

Finally, there’s the matter of how much to pay Goodell to be the face of the league. Since making $44 million back in 2012, his salary has dropped every season to $32 million in 2015. So, the good news is, as he continues to screw up things like Deflategate and the Ray Rice debacle, his pay has dropped (although I highly doubt there’s a correlation there).

Multiple owners have already said they’d like to be involved in negotiations next time the Compensation Committee meets to determine Goodell’s pay. Let’s hope the business leaders of the century can knock him down to something more suited for his performance.