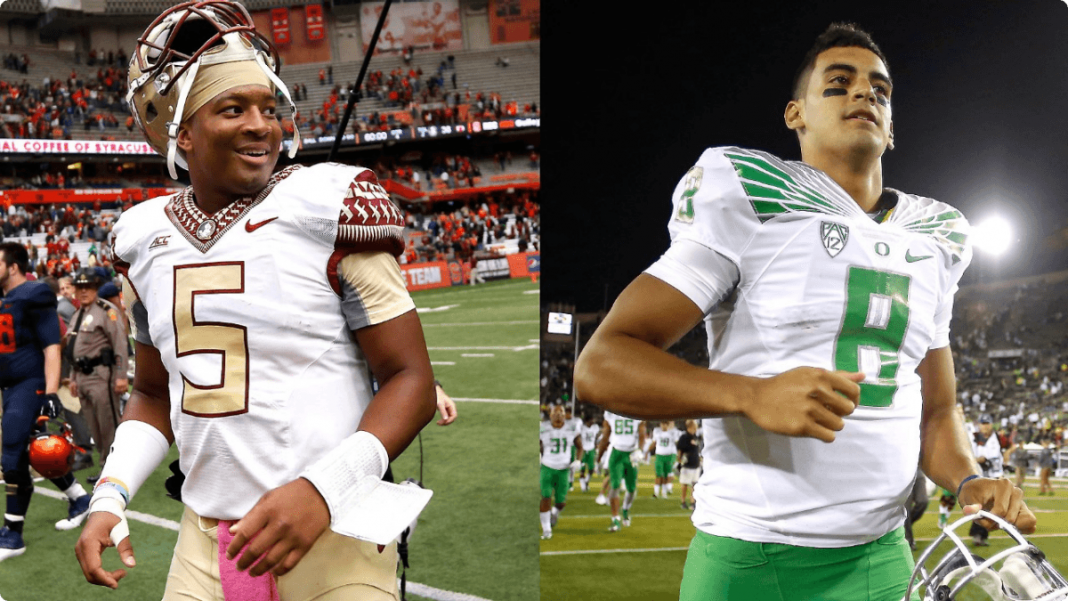 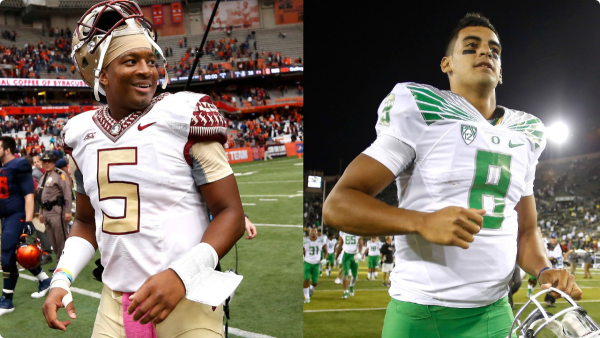 Remember when Andrew Luck, Robert Griffin III, and Russell Wilson came out of the draft and each led his new team to the playoffs? Sure, that was a special year, but the rookie quarterback class of 2015—or at least their two most famous members, Jameis Winston and Marcus Mariota—just wants, in the words of the great Jim Mora, to win a game.

Mariota only has one of those precious W’s right now, which came Week One at the chagrin of Winston and the Tampa Bay Buccaneers. Mariota tossed four touchdowns in the win, but the next four games were not nearly so kind to the Heisman Trophy winner.

Mariota’s Tennessee Titans are on a four-game losing skid now, and the AFC Offensive Rookie of the Month for September is sitting on three interceptions to one lonely TD since that Week Four bye.

To be fair to Mariota, the Titans aren’t exactly a good team. That being said, they will need a little ball security out of the kid if they want to win more than two games this season. Mariota was known for his minimal turnovers with Oregon, so maybe he’ll get it together soon.

Winston, on the other hand, has never been known for being safe with the football. Seven INTs to match his seven touchdowns along with three fumbles. Ironically, he’s doing a little better than Mariota in that category with only one lost fumble.

Winston also has two wins to Mariota’s one, but it’s also very easy to blame the three losses on him. Winston has turned the ball over multiple times in each Bucs’ loss, including four interceptions against the Carolina Panthers. Hard to win without the ball.

When the Bucs win, it’s through more conservative play. Winston has only one of his seven touchdowns in the two Bucs wins, but no interceptions in either.

I sure hope so. I’ve been saying that Winston would do much better than Mariota, so he needs to step up and prove me right. Or at least completely tank and let me be wrong with dignity…kind of.

Stay tuned for more updates throughout the season on the wacky doings of the last two Heisman winners.