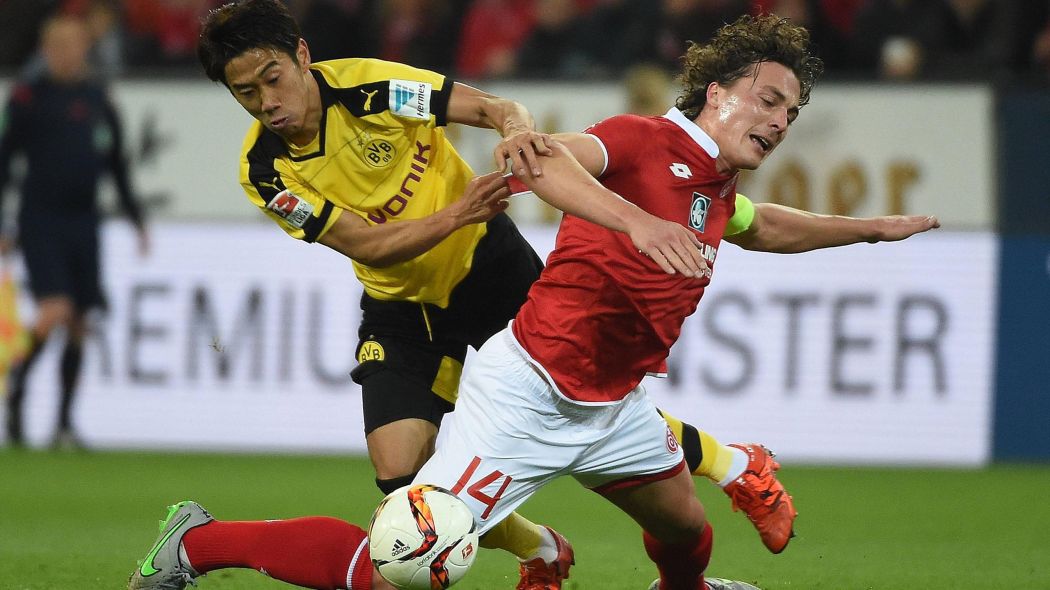 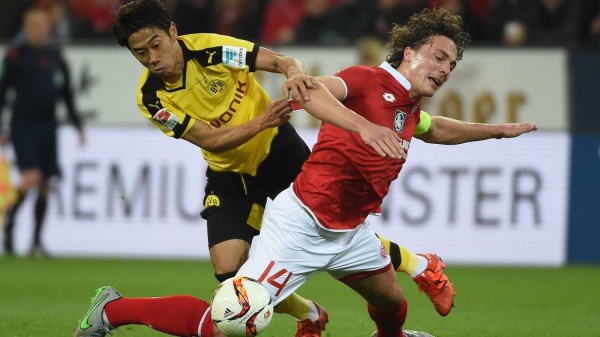 Borussia Dortmund arrested their three-match winless run in the league with a 2-0 win over FSV Mainz on Friday. Thomas Tuchel’s men have enjoyed a phenomenal campaign thus far but were on the receiving end of a 5-1 shellacking at the hands of Bayern Munich in their last league encounter prior to the international break. However, the Black and Yellows took no time to recover from the crushing setback and emerged the 2-0 winner against Mainz – both Jurgen Klopp’s and Tuchel’s former side. Marco Reus and Henrikh Mkhitaryan were on the scoresheet for the Rhine club.

A goal each from Sandro Wagner and Peter Niemeyer helped newly promoted Darmstadt complete an impressive 2-0 win against Augsburg. The win moved Darmstadt to seventh in the table, whereas Augsburg are now rooted to the foot of the table.

Hamburger and Bayer Leverkusen played out a scoreless draw on Saturday at the Nordbank Arena.

Benedikt Howedes and Maximilian Meyer were on the scoresheet for Schalke against Hertha Berlin to help the Rhine giants to a 2-1 win. Salomon Kalou, formerly of Chelsea in the English Premier League, grabbed the only goal for the Berlin outfit.

Max Kruse grabbed a hat-trick and Bas Dost added another for Wolfsburg as they registered a comprehensive 4-2 win over Hoffenheim. The Wolves are now fourth in the league standings.

A 23rd minute strike from Thomas Muller proved sufficient for Bayern Munich against Werder Bremen as the Bavarian giants registered a 1-0 win over their rivals. It was a ninth successive win for Pep Guardiola’s men in the Bundesliga this season and they have already opened up a massive seven-point lead at the top of the table over second-placed Borussia Dortmund. It is increasingly turning out to be a one-horse race in the German top flight as the Bavarian giants look stronger every season in comparison to the chasing pack in the German league.

Guardiola’s men have scored at the rate of almost four goals per game (35) and have conceded a mere four goals in the process, highlighting their utter superiority in the league. Their superlative form and depth of the squad at the Catalan manager’s disposal have made them firm favourites for not just the league title, but also the Champions League.

Raffael and Andre Hahn both scored a brace and Mahmoud Dahoud grabbed the other for Borussia Monchengladbach as they hammered Eintracht Frankfurt 5-1 in their league outing on Sunday. Monchengladbach had endured a torrid start to their 2015/16 campaign as they lost their first five games and it ultimately led to the resignation of Lucien Favre from the helm. But their mini-revival has since continued as they registered their fourth successive win to move tenth in the league standings.

Daniel Didavi scored the only goal for VfB Stuttgart as they downed newly promoted Ingolstadt at the Gottlieb-Daimler Stadion.

Leon Andreasen grabbed the game’s only goal against 1. FC Koln to give Hannover all three points. Hannover are now 14th in the league table.