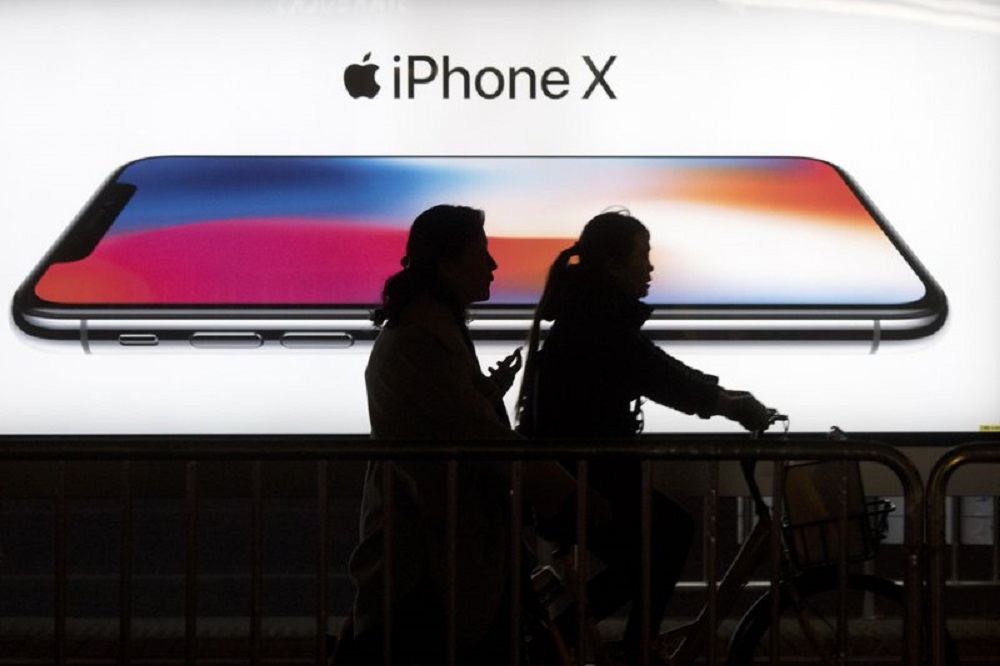 The Wall Street Journal and Bloomberg reported Tuesday that the Department of Justice and the Securities and Exchange Commission are probing whether Apple violated securities laws. In December, Apple apologized for the slowdown after a blogger’s tests revealed the secretive practice.

Apple has previously been rebuked by lawmakers, and faces a French probe and a slew of lawsuits that allege the company aimed to juice sales of newer models.

Apple shares fell 0.6 percent to close at $166.97 and are down 7 percent since Thursday. Wall Street is also worried about weak demand for its flagship iPhone X.

iPhone X for Apple may have been a little too ahead of its time or just the simple fact that it came at quite the steep cost, but reports are showing that the tech giant is slashing some component orders for it’s latest smart phone.

Nikkei reported on Monday that Apple had informed suppliers it would cutting first-quarter production target for its iPhone x in half which would amount to 20 million units. On Tuesday, The Wall Street Journal echoed this reporting that the company was only planning to make 20 million iPhone X phones in first quarter 2018.

We reported back in September that Apple was taking a huge gamble bringing out the iPhone X right on the heels of the iPhone 8 release. Some people were willing to wait until the X hit, but early adopters can’t stand the wait and felt frustrated when learning how much better the X was but balked at the steep price.

“Apple likes to take risks sometimes, but this made even the most diehard Apple fan feel like the company was price gouging their loyalty,” an industry insider stated. “They’ve been getting stiff competition from Samsung so they rushed to market fearing that they would get beaten with their latest technology.”

Apple’s stock is backtracking from its recent highs amid mounting concerns that iPhone X sales will fall short of the high hopes for a device that brought facial recognition technology and a $1,000 price tag to the company’s flagship product line.

Speculation about disappointing demand for the iPhone X have been swirling for the past week, contributing to a 6 percent decline in Apple’s stock since it hit an all-time high of $180.10 on Jan. 18. The shares lost $3.55 to close Monday at $167.96, translating into a nearly $60 billion loss in the company’s market value since the stock last peaked.

Concrete evidence of how the iPhone X is faring should emerge Thursday when Apple is scheduled to release its fiscal first-quarter earnings. The period spans from October through December, covering the early November release of the iPhone X and the holiday shopping season that typically brings Apple’s biggest iPhone sales of the year.

Apple didn’t respond to a request for comment Monday.

For now, many investors appear to be focusing on analyst comments and media reports that Apple is dramatically reducing its iPhone X orders with its suppliers.

J.P. Morgan analyst Narci Chang said last week that manufacturing of Apple’s flagship phone could be cut in half during the first three months of this year in reaction to weakening demand. But RBC Capital Markets analyst Amit Daryanani believes Apple’s reported iPhone sales during the past quarter will be higher than anticipated and the projections for the current quarter won’t be as lackluster as many people fear.

The iPhone X is unlike anything Apple has ever made in the product line’s 10-year history. It features an OLED screen that spans from one edge of the device to the other and displays images in more vibrant colors. It also relies on technology that recognizes a user’s face to unlock the device and animate emoji’s.

Investors have been counting on the iPhone X to be a huge hit, despite its unprecedented starting price of $1,000.

Apple also released two other new models in September, the iPhone 8 and iPhone 8 Plus, which are similar to its 2016 models but sell for 20 to 30 percent less than the iPhone X. Neither of those phones has the fancier display screen or facial recognition technology featured in the iPhone X.

Analysts, on average, estimate that Apple sold 79 million iPhones in the past quarter, generating revenue of $60.1 billion, according to FactSet. That translates into an average sales price of $760 per iPhone, a 10 percent increase from the same time in the previous year when Apple sold about 78 million iPhones at an average price of $694.

Amazon, Warren Buffett, and JPMorgan are forming a new company to address the health care costs of their employees, sending shares of health care companies down sharply across the entire sector despite the vague nature of the announcement.

On Tuesday Amazon’s Jeff Bezos said that he, along with Buffet and JPMorgan, would attempt to make health care better for hundreds of thousands of their employees, and perhaps, eventually, the country.

There were few details, and those involved said the project is in the early planning stage.

“The ballooning costs of (health care) act like a hungry tapeworm on the American economy,” said Buffett, the head of Berkshire Hathaway, in a prepared statement. “Our group does not come to this problem with answers. But we also do not accept it as inevitable.”

The new company will be independent and “free from profit-making incentives and constraints.” The businesses said the new venture’s initial focus would be on technology that provides “simplified, high-quality and transparent” care.

It was not clear if the ultimate goal is to eventually move beyond Amazon, Buffett’s Berkshire Hathaway, and JPMorgan. However, JPMorgan Chairman and CEO Jaimie Dimon said, “our goal is to create solutions that benefit our U.S. employees, their families and, potentially, all Americans.”

The potential disruption from three renowned innovators in technology and finance sent a shock wave through the health care sector, erasing billions in market capitalization in seconds.

Six of the top ten companies with significant share declines on the Standard & Poor’s 500 index were health care companies. Almost all companies in the health field were in retreat Tuesday.

The need for a solution to the health care crises in the U.S. is intense. With about 151 million non-elderly people, employer-sponsored coverage is the largest part of the U.S. health insurance market.

Health care costs for companies routinely rise faster than inflation and eat up bigger portions of their budgets. Americans are mired in a confusing system that creates a mix of prices in the same market for the same procedure or drug and offers no easy path for finding the best deal.

The rising costs of health care have dragged on U.S. companies, big and small, and employees are increasingly feeling that pain. Employers have hiked deductibles and other expenses for employees, meaning less spending power for almost all Americans.

Only 50 percent of companies with three to 49 employees offered coverage last year, according to the nonprofit Kaiser Family Foundation. That’s down from 66 percent more than a decade ago. The federal Affordable Care Act requires all companies with 50 or more full-time employees to offer it.

Amazon, Berkshire and JP Morgan say they can bring their scale and “complementary expertise” to what they describe as a long-term campaign.

Amazon’s entry into the health market has been perceived as imminent, even though the company had announced nothing publicly.

It has been watched very closely on Wall Street, which has seen Amazon disrupt numerous industries ranging from bookstores to clothing chains.

Amazon, which mostly sold books when it was founded more than 20 years ago, has radically altered the way in which people buy diapers, toys or paper towels. Most recently it has upended the grocery sector, spending $14 billion last year for Whole Foods Market Inc.

Telecommunications regulators and industry groups voiced opposition Monday to a government-built wireless network that the Trump administration is reportedly considering.

The news website Axios reported Sunday that national security officials might want a government-built next-generation “5G” mobile network because of concerns about China and cybersecurity. A White House spokesman referred inquiries to the National Security Council, which did not immediately respond to questions.

The telecom industry, which is powerful in Washington, is already working on 5G, which heralds better internet on smartphones as well as potential applications for self-driving cars and other new technology. The new standard is already being tested and could be widely available by 2020. AT&T has said that it expects to launch a mobile 5G service in 12 U.S. locations later this year.

Federal Communications Commission Chairman Ajit Pai, a Republican, said in a statement Monday that the federal government should not build and operate a nationwide 5G network. The agency’s four other voting commissioners, both Democrats and Republicans, also criticized and expressed skepticism about such a proposal. The FCC regulates the nation’s airwaves and auctions them off to phone, cable and broadcasting companies for use in networks.

The industry group USTelecom panned the idea as well.

“There is nothing that would slam the breaks more quickly on our hard-won momentum to be the leader in the global race for 5G network deployment more quickly than the federal government stepping in to build those networks,” said its president, Jonathan Spalter, in an emailed statement.