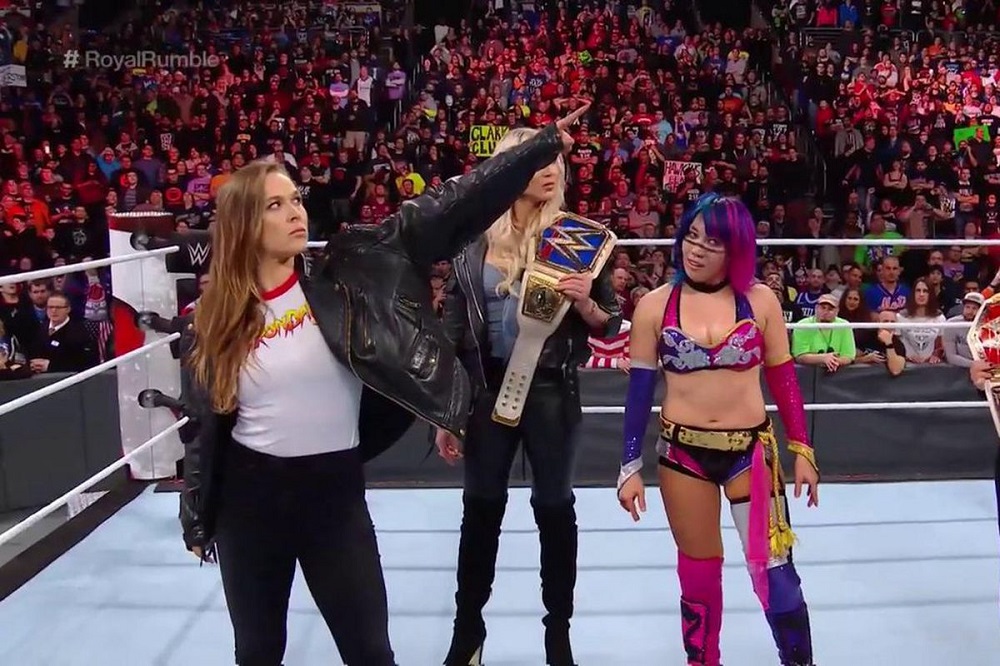 As reported earlier, Ronda Rousey fans were doubtful of the MMA star showing up at the 2018 Royal Rumble in Philadelphia on Sunday, but she crashed the show with some very big news.

Many were wondering what kind of career she’d be able to have outside of the UFC since she was working on the Mark Wahlberg film Mile 22, but they got their answer much quicker than expected.

Ronda Rousey has ditched the UFC for the WWE. 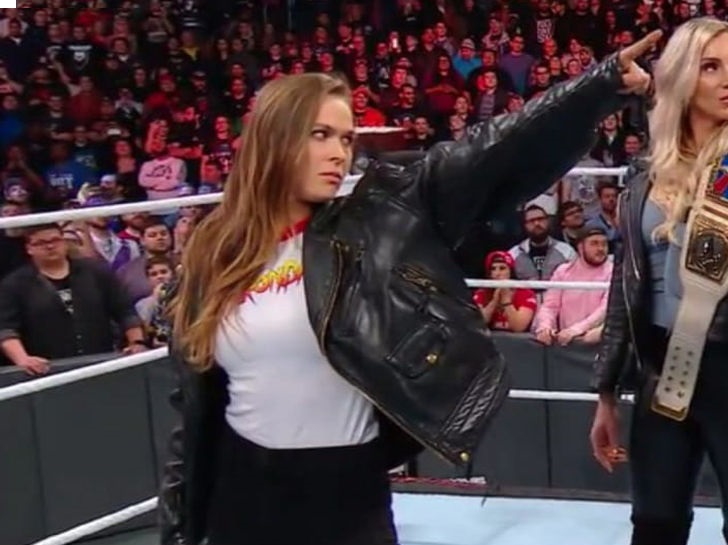 Once the most dangerous women in MMA, Rousey officially made the anticipated jump to WWE on Sunday night with a surprise appearance at the Royal Rumble in Philadelphia.

“This is my life now. Yeah, they have first priority on my time for the next several years,” she said. “This is not a smash and grab, this is not a publicity stunt.”

Rousey appeared to roaring fans Sunday night after the women’s Royal Rumble in Philadelphia, and pointed to a WrestleMania sign — scheduled for New Orleans in April — as Joan Jett’s “Bad Reputation” blared through the arena.

Rousey smiled when Royal Rumble winner Asuka slapped her hand away on an offer for a handshake. Rousey left the ring and walked over to WWE executive and Royal Rumble commentator Stephanie McMahon. Rousey shook hands with McMahon and left without saying a word. She slapped hands with fans at ringside.

“This has been a dream of mine since me, and all my girlfriends would sit around and watch wrestling together,” Rousey told WWE.com. “No matter how much I tried to do other things in my life, this kept following me around. It’s time to take a hint from the universe and go for it.”

Rousey fed into the surprise with a little misdirection before one of wrestling’s biggest pay-per-view events of the year. Before getting in the ring, she had ruled out an appearance at the Royal Rumble in an interview and even posted an Instagram video over the weekend of herself in Colombia enjoying a night out with the crew filming her latest movie, the action thriller “Mile 22” with Mark Wahlberg and John Malkovich.

Still, she had frequently met with WWE executive Paul Levesque, better known as wrestling superstar Triple H, to discuss her interest in a multi-year deal that finally came to fruition.

She has not fought since she suffered a 48-second loss to Amanda Nunes at UFC 207 in December 2016. Rousey (12-2) lost two straight bouts in 13 months and took a break to extend her entertainment credits, including a stint as team coach in the reboot of “Battle of the Network Stars.”

WWE fans have been clamoring for Rousey to make the move and speculation (correctly) ran wild on a Royal Rumble appearance at the Wells Fargo Center in Philadelphia. Rousey has made cameo appearances on WWE programming the last few years and even trained at the company’s performance center in Orlando, Florida.

It’s unclear whether Rousey plans to fully give up on the UFC and mixed martial arts, and she would not commit to saying she’s retired when asked directly by ESPN.

“That’s what everybody else seems to say — I mean, I never retired from judo. So that’s what you guys want to think,” she said. “All I know is I really want to devote 100 percent of my time to wrestling right now and whatever people want to call that they can call it.”