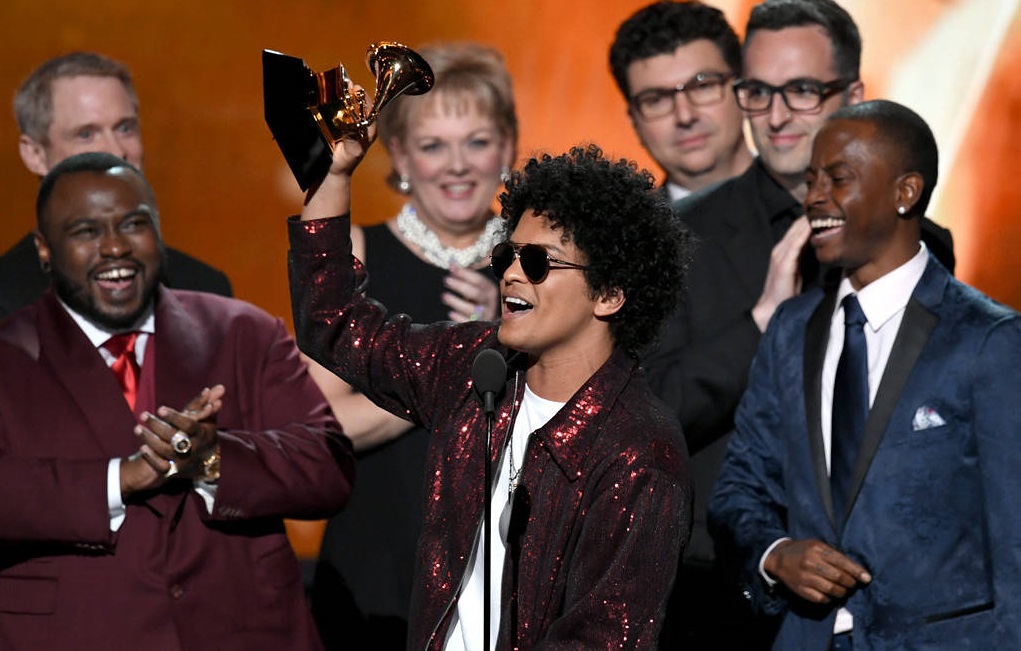 Bruce Springsteen took a backseat to Carrie Fisher for the spoken word category while Leonard Cohen beat out Chris Cornell in best rock performance category. Many expected the posthumous entrant Cornell to take that award. 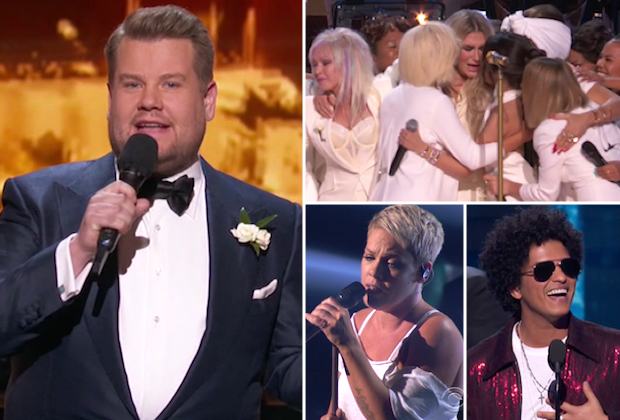 The best speeches of the night are just below:

He’d just won record of the year and song of the year, but Bruno Mars still had some words of wisdom left when he stepped to the stage to accept his third “Big Four” Grammy of the night. He thought back to being 15 years old, opening up shows in his native Hawaii, performing standards to tourist crowds from all over the world. “Later on in life, I found out that those songs were written by either Babyface, Jimmy Jam and Terry Lewis, or Teddy Riley,” he said, thinking back to his R&B heroes. “I remember seeing it first hand, seeing people dancing together, that had never met each other, from two sides of the globe.” As for 24K Magic‘s win, he said, “That’s all I wanted to bring with this album, to see everybody dancing.”

Logic Goes In On Trump, Abusers After His Big Performance

After rapping “1-800-273-8255” — his anti-suicide song alongside Khalid and Alessia Cara — Logic diverged from his usual lyrics to speak on other pressing issues. These included the #MeToo and Time’s Up movements (“Stand tall and crush all predators under the weight of your heart that is full of the love that they will never take away from you”) and Donald Trump’s vile comments about immigrants from non-white nations, saluting, “all the countries filled with culture and diversity and thousands of years of history.”

Chappelle’s Show Against the System

In winning best comedy album, Dave Chappelle’s acceptance speech was a little anti-climactic. He thanked his family, then left us with a quick, “See you on Monday.” Fortunately, the legendary comic had dropped some crucial soundbites earlier in the evening.

In introducing the nominees for best rap album, Chappelle shouted out the members of his beloved Tribe Called Quest (along with an “R.I.P. Phife Dawg”), perhaps nodding to Q-Tip’s annoyance at being snubbed in this year’s nominees.

And to kick off the night, Chappelle interjected Kendrick Lamar’s fiery opening performance with some scathing spoken word jabs. Most notably:

“I just wanted to remind the audience that the only thing more frightening than watching a black man be honest in America… is being an honest black man in America.”

Many hoped the 2018 Grammys wound end with Kendrick Lamar giving a cathartic speech in accepting album of the year. At the very end, things didn’t go his way, but he did provide the MSG audience with a pair of deeply meaningful speeches early on, in winning best rap/sung performance (alongside Rihanna) and best rap album. He shouted out his heroes — JAY-Z, Nas, and Puff Daddy — as well as Rihanna’s star power. Watch clips of both below.

Kesha’s rousing 2017 gospel-pop track “Praying” got a spellbinding performance from Cyndi Lauper, Camila Cabello, Andra Day, Julia Michaels, and Kesha Rose herself. And it also got a monster of an introduction from Janelle Monáe, who saluted the #MeToo and Time’s Up movements, recognizing Kesha’s career-risking defiance in helping to spark both back in 2014: “To those who would dare silence us, we offer you two words: Time’s up… We have the power to undo the culture that does not serve us well. Let’s work together, women and men, committed to creating safer work environments and equal pay.”

Camila Cabello introduced U2’s Statue of Liberty performance in dramatic fashion. She shouted out America’s immigrants, specifically those in the country under the DREAM Act. With the status of DREAMers under siege by the Trump administration, the Cuban-born artist — who emigrated to America at age five — did her best to make Lady Liberty’s meaning especially clear: “These kids can’t be forgotten and are worth fighting for.” 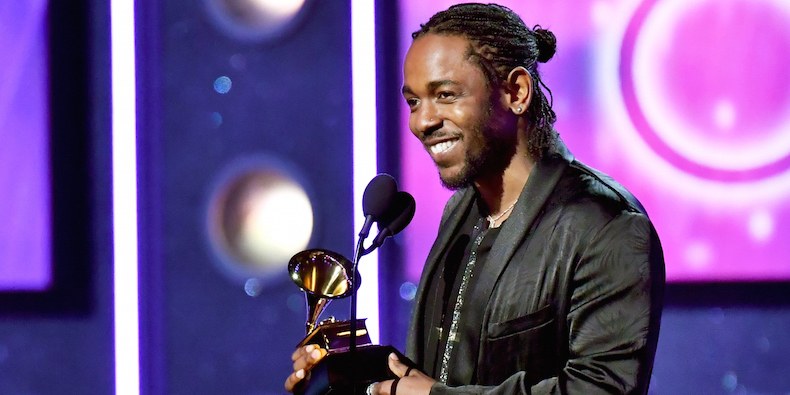 Best Rock Album:
Emperor Of Sand — Mastodon
Hardwired…To Self-Destruct — Metallica
The Stories We Tell Ourselves — Nothing More
Villains — Queens Of the Stone Age
A Deeper Understanding — The War On Drugs — WINNER

Best American Roots Song:
“Cumberland Gap” — David Rawlings
“I Wish You Well” — The Mavericks
“If We Were Vampires” — Jason Isbell And The 400 Unit — WINNER
“It Ain’t Over Yet” — Rodney Crowell Featuring Rosanne Cash & John Paul White
“My Only True Friend” –Gregg Allman