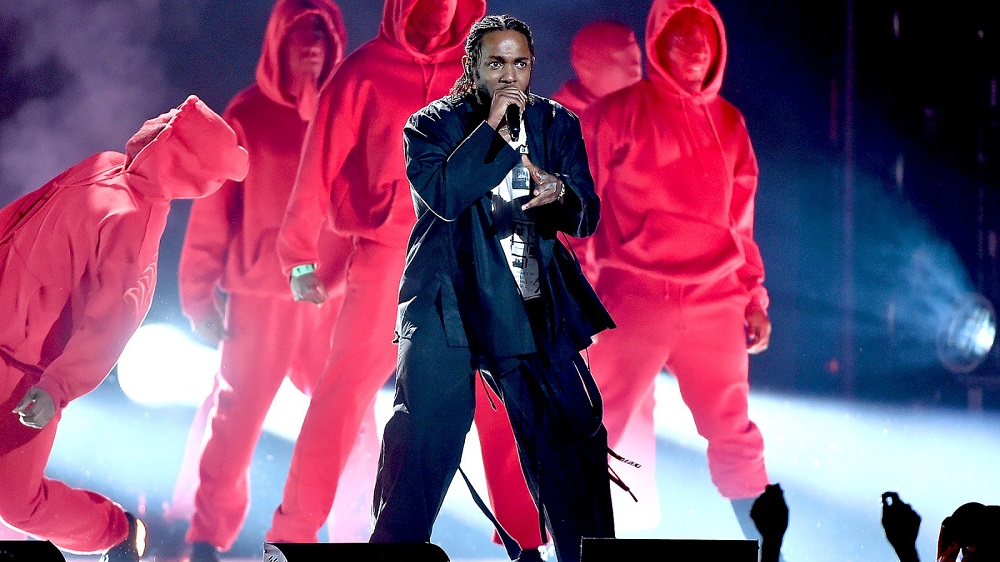 Jay Z may have entered the weekend as the top Grammy nominee, but Kendrick Lamar and Bruno Mars went home with most of the awards. Mars was the big winner with seven awards including Album of the Year and Record of the Year while Lamar was right behind with five.

You can see the complete list of 2018 60th Annual Grammy Award winners here. 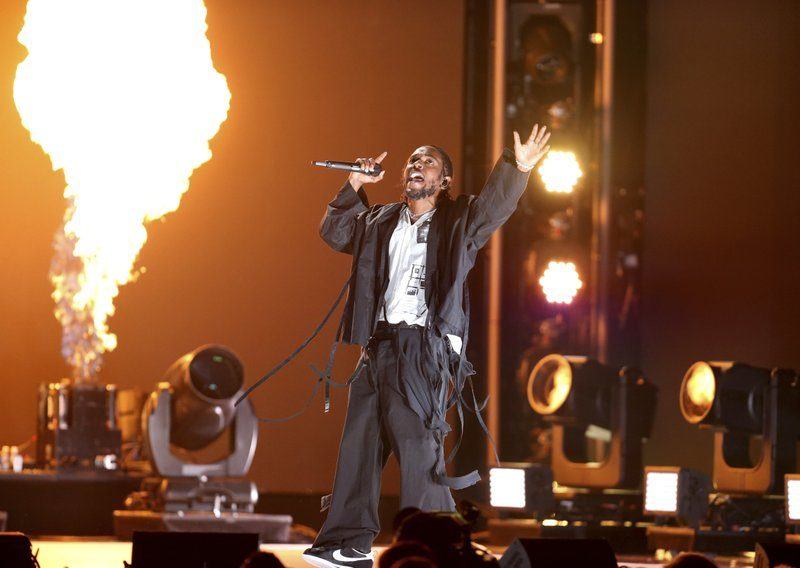 Just as the Hollywood award shows this year have been dominated by the Time’s Up movement, the 60th annual Grammy Awards became a platform for artists to address sexual harassment and abuse, but also President Donald Trump, immigration, and gun violence.

Artists arrived on the red carpet with white roses to show support for female equality, but others skewered Trump or criticized his administration’s treatment of immigrants with the Statue of Liberty serving as a backdrop. Kendrick Lamar opened the show with a gun-rattling performance while country stars mourned victims of the country’s largest mass shooting.

The Grammy Awards didn’t hold back in a pre-recorded skit aimed at President Trump, which featured a surprise appearance by Hillary Clinton and others reading embarrassing passages from the Trump tell-all “Fire And Fury.”

The skit featured musicians such as John Legend, Cher, Snoop Dogg and DJ Khaled reading portions of the book as an audition for the audio book. Rapper Cardi B added her own opinion after reading about Trump’s regular routines, saying “This is how he lives his life?” But it was Clinton’s appearance that gathered the loudest applause from the crowd at Madison Square Garden.

Predictably it was a hot topic on Twitter soon after, prompting United Nations Ambassador Nikki Haley to post that the segment was “trash.” 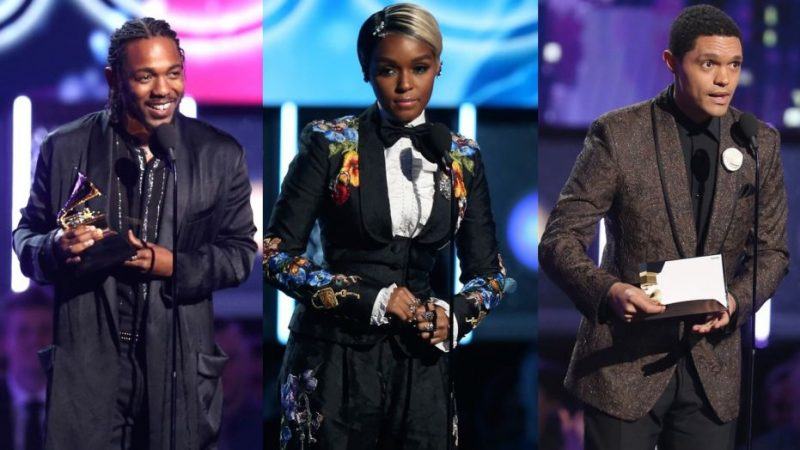 Janelle Monae pointed her finger at the music industry’s role and responsibility following a wave of sexual harassment and abuse scandals that have rocked Hollywood. 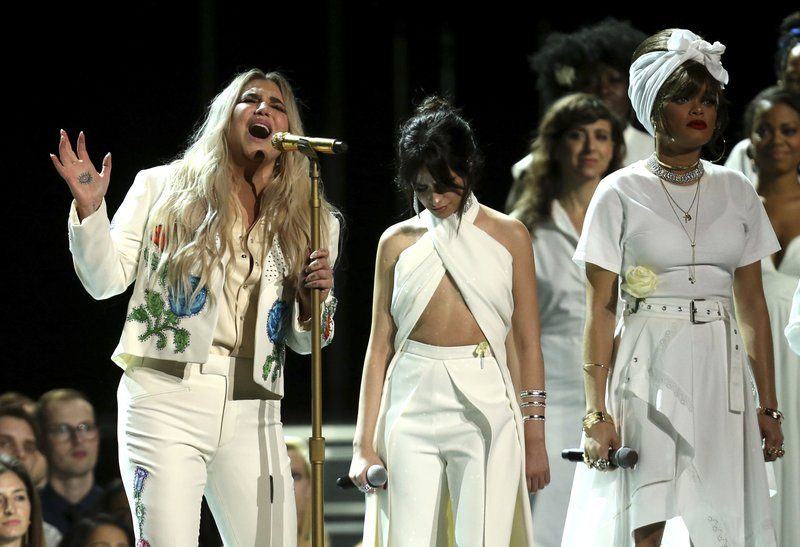 Kesha delivered the most powerful performance of her career as she sang “Praying,” backed by a chorus of women in white, with her emotions raw on her face and in her voice.

The pop singer, who has accused her former producer Dr. Luke of raping and drugging her, sang directly to overcoming an abusive relationship and finding forgiveness. (Dr. Luke has denied her accusations.) At the end, the women embraced Kesha in a group hug.

The Grammys opened the show with a mix of rap, rock and comedy featuring Kendrick Lamar, U2 and Dave Chappelle. Lamar has a history at the Grammys of combining performance art and music, which he did again with an army of marching camouflaged dancers in front of the images of the American flag.

Later on in the Grammy show, three country artists gathered in a solemn tribute to victims of a mass shooting at a Las Vegas country music festival and a bombing at an Ariana Grande concert in England.

Seated in front of names of victims, the stoic Eric Church seemed to struggle behind his sunglasses to get through a performance of Eric Clapton’s “Tears in Heaven,” along with Maren Morris and Brothers Osborne. 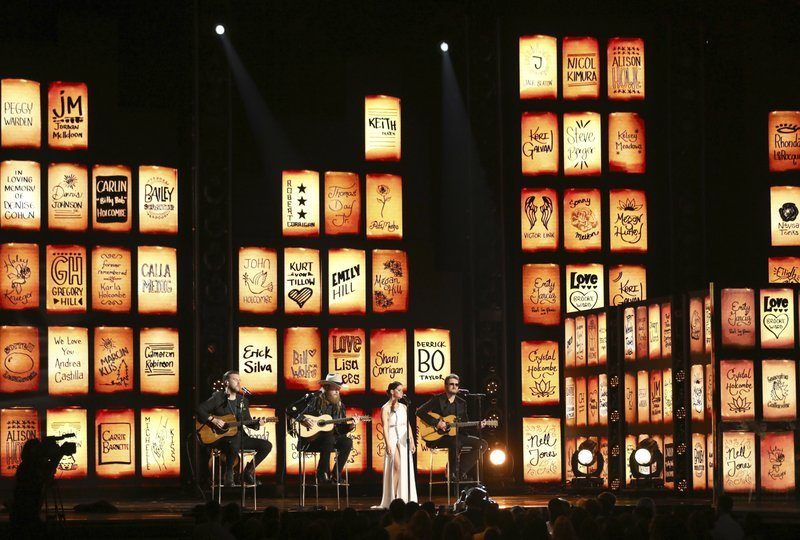 A COUNTRY OF DREAMERS

Singer Camila Cabello, a Cuban-Mexican immigrant brought to the United States as a child, spoke about the American dream in a thinly veiled reference to the Trump administration’s policies on immigration.

“This country was built by dreamers for dreamers,” said Cabello, a likely reference to the group of young immigrants protected under the Obama-era program that was canceled by Trump last year.

After a reading of the poem that is etched into the base of the Statue of Liberty, Irish rock band U2 used the iconic image as a backdrop for a pre-recorded performance of “Get Out of Your Own Way” from a barge in the Hudson River.

Even Sting’s performance of his 1987 song “Englishman in New York,” seemed a bit more on the nose as the country deals with reforming immigration laws. 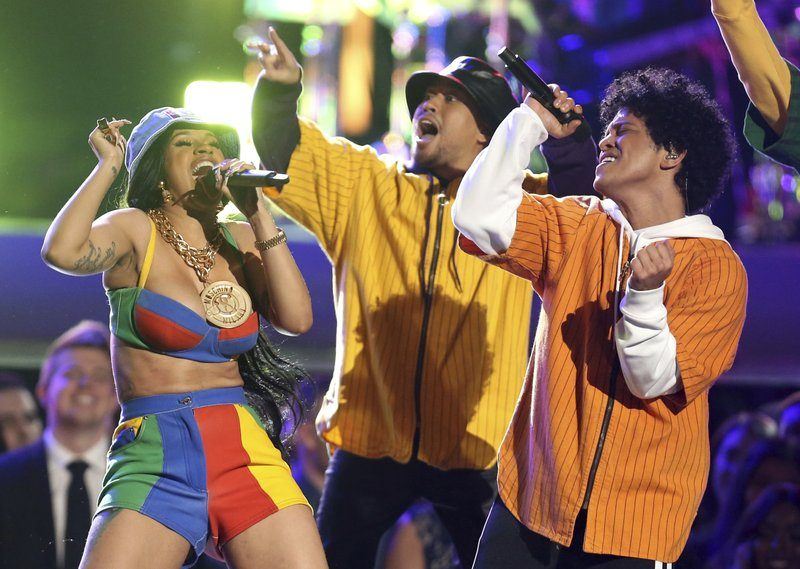 It may have been the 60th anniversary of the Grammy Awards, but Bruno Mars brought the show back to the ’90s with a colorful performance of his song “Finesse.”

Mars was the big winner of the night with six awards and beating out leading nominee Jay-Z. Together with rapper Cardi B, the performance was musical and cultural homage to new jack swing, “In Living Color” and Mars’ brand of funk and R&B.

Cardi B kept up with Mars and his band’s killer dance moves, while showing off her own flamboyant skills on the mic. 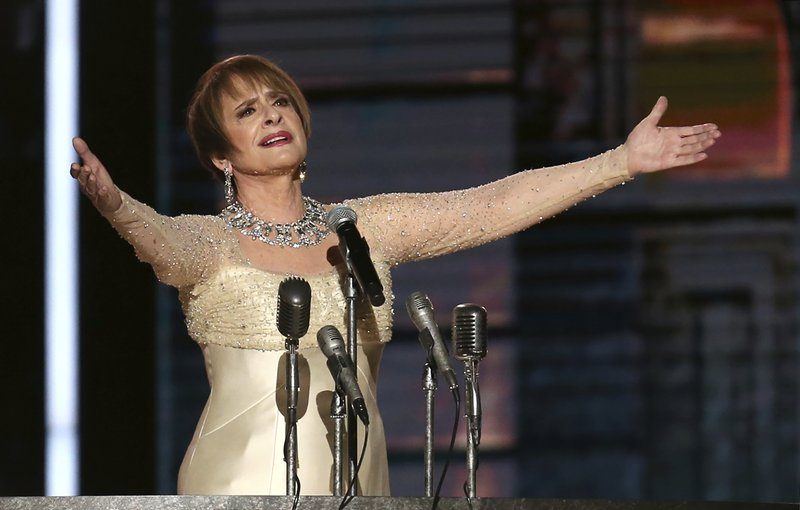 The Grammy Awards returned to New York City for the first time in more than a decade with a nod to the city’s rich history of musical theater.

LuPone returned to her iconic performance from “Evita” with a symphony backing her on “Don’t Cry For Me Argentina,” proving she is among Broadway’s greatest singers.