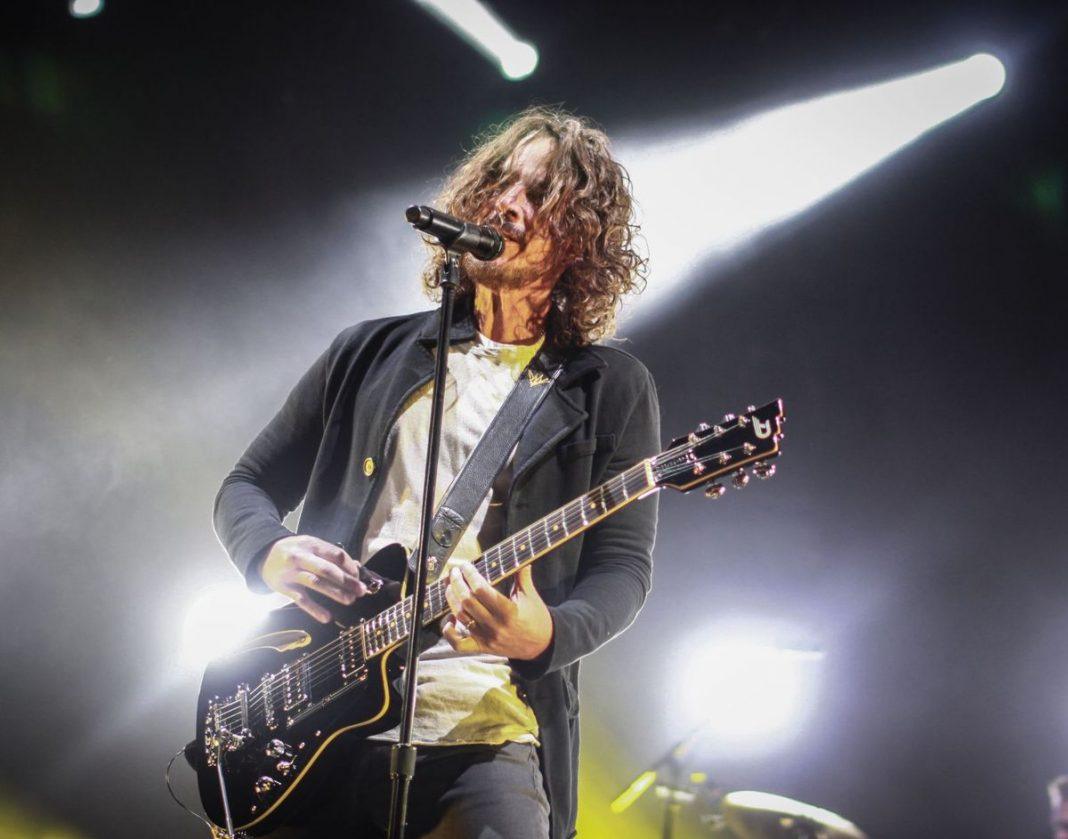 UPDATE: The spokesperson for the Detroit Police has told media outlets that the death of Soundgarden singer Chris Cornell is currently being investigated as a suicide, although they were quick to state that it is too still early to make a full conclusion.

“At 12 a.m. [local time], we received a 911 call from the MGM Grand Casino Hotel,” Detroit Police director of media relations told Variety. “It appears as though a family friend was checking up on Cornell at his wife’s request. He went to hotel and discovered him unresponsive on the bathroom floor. Police made the location with EMS, and he was pronounced dead at the scene.

“At present our investigation is leaning toward the possibility of suicide, but we must wait for a medical report to determine the cause of death. At this time we cannot release too much information about what we observed in Cornell’s hotel room or what led us to this conclusion.”

Woody could not confirm media reports that Cornell had died of strangulation, although a different representative for the police told Variety that the singer was found with a “band” around his neck.

Cornell had performed with Soundgarden at Detroit’s Fox Theatre on Wednesday night, and local television reports say he was cheerful and animated during and after the performance.

A rep for the singer issued the following statement in the early hours of May 18: “Chris Cornell passed away late Wednesday night in Detroit, MI. His wife Vicky and family were shocked to learn of his sudden and unexpected passing, and they will be working closely with the medical examiner to determine the cause. They would like to thank his fans for their continuous love and loyalty and ask that their privacy be respected at this time.”

In a complete shocker, the world has lost Chris Cornell, the powerful, dynamic singer whose band Soundgarden was one of the architects of grunge music, has died at 52.

Mr. Cornell died Wednesday night in Detroit, said his representative, Brian Bumbery, in a statement that called the death “sudden and unexpected” and that said the singer’s family would be “working closely with the medical examiner to determine the cause.”

Alongside bands such as Nirvana and Alice in Chains, Soundgarden was one of the seminal bands of the grunge rock movement that began in Seattle and ushered in a new era of rock music. Soundgarden, which Cornell founded in 1984, was particularly important to this movement for being one of the first grunge rock bands to sign with a major label.

His soaring guitar solos and throaty voice, which he once called “unapologetically male,” resonated with music listeners at a time when New Wave and hair metal competed for chart space.

Soundgarden’s songs, like most grunge bangers and ballads, meanwhile, sounded like the classic rock music produced by bands such as the Who, Alice Cooper and Led Zeppelin. They were laden with emotion — and more often than not, that emotion was anger.

“Badmotorfinger,” released in 1991, benefited from the swell of attention that was beginning to surround the Seattle scene, where Soundgarden, along with Nirvana and Pearl Jam, were playing a high-octane, high-angst brand of rock ’n’ roll. Three of the band’s studio albums have been certified platinum, including “Superunknown,” from 1994, which featured “Black Hole Sun,” “Fell on Black Days,” “Spoonman” and “My Wave.” 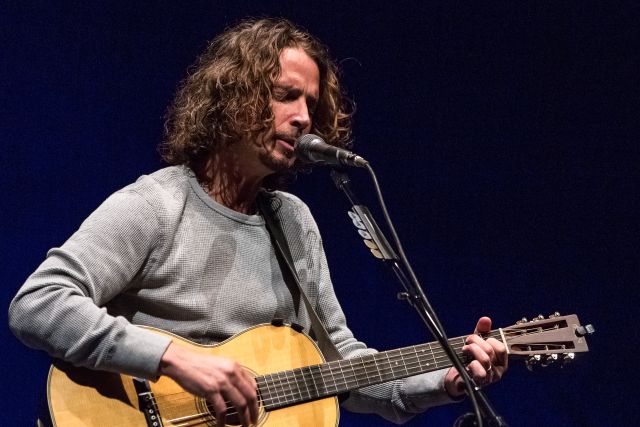 Soundgarden disbanded in 1997, but it reunited in 2010 and performed regularly since then. The band played at the Fox Theater in Detroit on Wednesday night, and it was set to perform in Columbus, Ohio, on Friday at the Rock on the Range festival.

“For me to make a connection with music it has to either have a visceral nature, whether it’s anger or aggression or that kind of passion which shows up in rock music, or there has to be some sort of melancholy and introspection, something about it that makes you feel your own pain,” Cornell told Rolling Stone.

Grunge became increasingly mainstream, and with it, Soundgarden’s reach grew. Its 1994 record “Superunknown” topped the Billboard 200 charts, and its 1996 follow-up “Down on the Upside” peaked at number 2. The band went on hiatus in 1997, though most rock fans assumed the group had broken up.

“Every time I did an interview, I was asked, ‘Is Soundgarden ever going to get back together? Will the band ever do anything again?’” Cornell told Gibson.com in 2011.

Indeed, it would. The band returned at the end of 2012 with the well-received “King Animal.” Its fans were still around and hungry for new music, it seemed, as the album peaked at number 5 on the Hot 200.

Mr. Cornell had admitted in interviews to struggling with drug use throughout his life. In a 1994 Rolling Stone article, he described himself as a “daily drug user at 13,” who had quit by the time he turned 14.

After Soundgarden disbanded in 1997, Mr. Cornell returned to heavy drug use, he told The Guardian in a 2009 interview, describing himself as a “pioneer” in the abuse of the opiate OxyContin, and saying that he had gone to rehab.

Mr. Cornell released five solo albums during and after his time with Soundgarden, starting with the 1999 LP “Euphoria Morning.” He contributed the song “Seasons” to the soundtrack of “Singles,” Cameron Crowe’s love letter to the Seattle music scene, and performed alongside other members of Soundgarden in the film.

In 2001, after Rage Against the Machine’s lead singer, Zack de la Rocha, left the group, Mr. Cornell and members of the band formed Audioslave. The group released three albums before announcing its split in 2007.

Rage Against the Machine posted a message on Twitter honoring Mr. Cornell shortly after news of his death began to spread online.

In November 2016, Mr. Cornell hit the road with another supergroup of sorts, Temple of the Dog, which features a blend of members of Soundgarden and Pearl Jam for the first time. The group was formed a quarter-century ago as a tribute to Andrew Wood, the lead singer of the Seattle bands Malfunkshun and Mother Love Bone, who died in March 1990 of a heroin overdose.

With Soundgarden was on its hiatus, Cornell founded the so-called supergroup Audioslave with Tom Morello, Tim Commerford and Brad Wilk, three members of Rage Against the Machine. That band eventually broke up but reunited in Jan. 2017 to play a concert at the Teragram Ballroom in Los Angeles in protest of President Trump.

In an interview, Mr. Cornell said the group had decided to finally bring its songs to life to honor Mr. Wood. “I thought, well, this is one thing that I can do to remind myself and maybe other people of who this guy is and was and keep his story and in a way his life with us,” he said.

Cornell’s beginnings were a little more humble than his success might suggest.

“I was going to be a musician, no matter what it took.” he told ESPN. “I supported myself with blue-collared jobs so I could write music and be in a band and play shows.”

And musician he was, but he found himself playing in a cover band called the Shemps when he was 18. He wanted to write and perform his own music, as he recalled to Richmond’s Style Weekly.

“I was driving home from a restaurant gig thinking: ‘It doesn’t matter to me if it’s hugely successful, it matters that we get to create our own songs and art. I don’t care if I have to break concrete if that supports the art,’” he said. “I didn’t want to play Police covers in the back of a Chinese restaurant, that’s not me. … Something felt really settled in me when I thought that.”

The fame his music brought him came with a steep price. He spent time in rehab for “various things,” but “mainly for drinking,” he told Spin. According to Cornell, it was a way of escaping his fame, which he found isolating.

“I’m Irish: If I could get the cap off something, I would drink it. And drinking was really an extension of becoming isolated from all my other relationships,” he told the magazine, remembering the first time he was recognized “at four in the morning, in the middle of Mississippi” after the music video for his song “Outshined” played on MTV for the first time.

After that, he tried avoiding the public. Drinking made that easy.

“I never liked being recognized to begin with, and I was never much of a social person, so this gave me a chance to play the ‘I don’t want to go out’ card,” he said. “I would just stay in and drink.”

SO SO stunned to hear about Chris Cornell! Such a terrible and sad loss! Thinking of his family tonight! RIP

#scary. I remember @chriscornell on tour with us so long ago. Remember drinking beer after the Melvins. Always thought we'd meet again RIP

“I could drink a lot, and I tended to have violent outbursts,” he added.

In 2002, he “had to come to the conclusion, the sort of humbling conclusion that, guess what, I’m no different than anybody else, I’ve got to sort of ask for help — not something I ever did, ever, as he told Blabbermouth, so he checked himself into rehab.

“I actually like rehab a lot,” he told Spin. “It’s like school; it’s interesting. I’m learning that I can be teachable at age 38.”