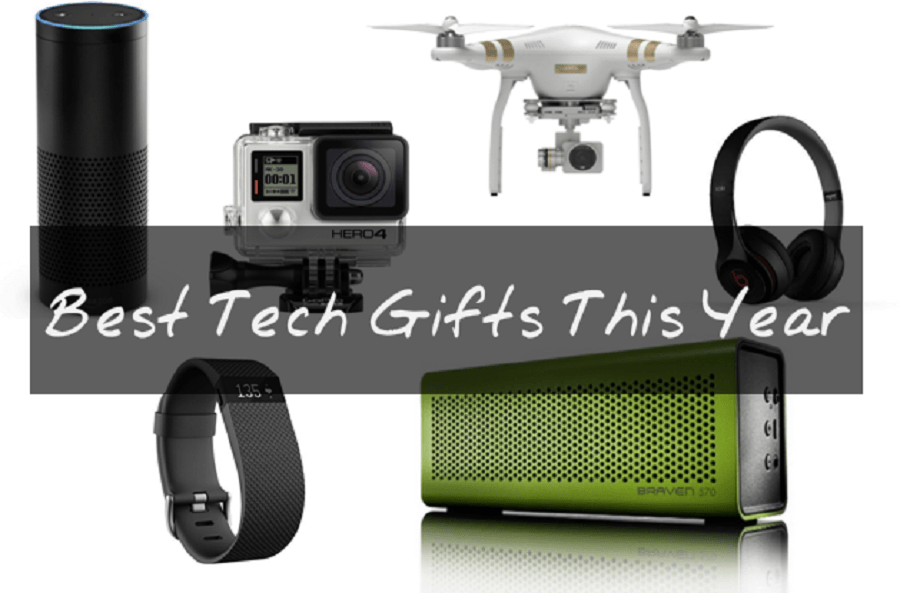 After checking out all these amazing tech toys, gadgets and gift idea at the 2016 Consumer Electronics Show aka CES 2016, we took a couple months playing, testing and putting them through the ringer to make sure they held our attention for longer than a Hollywood agents. These were the main ones out of nearly one hundred that we tested that we feel are the hottest and best technology gifts for 2016.

Imagine waking up to the smell of coffee, peppermint or even the smell of the ocean and not to the blaring sound of your run-of-the-mill alarm clock. You can’t say ‘five more minutes’ to coffee can you? Well you can stop imagining because that technology is now here and is one of the hottest, innovative pieces of technology from the Consumer Electronics Show or CES 2016. Some of these technologies will eventually make their way to our homes, some won’t but hopefully Sensorwake makes it mainstream.

Sensorwake is an alarm clock that wakes you up, not with some noise but with scents most people love. It can be put out of reach but close enough to coax you into waking up without giving you a headache. Many can’t resist the smell of coffee, toast, croissants and peppermints in the morning. The scents are contained in replaceable, interchangeable capsules so owners don’t get too desensitized to just one smell. Sensorwake is from the clever mind of Guillaume Rolland and was funded through KickStarter and has made its way to CES 2016. It’s cool, innovative but a bit disappointing that coffee and croissants aren’t actually waiting for you when you get out of bed. When the device runs out of capsules, it can still wake you up with a sound alarm wherein you can negotiate for five more minutes.

Now imagine Amazon actually delivering your orders through their drone delivery project. That would be cool. Now imagine a bigger drone which will deliver someone who will sing your happy birthday message to grandma, or have yourself delivered to a meeting. Yes, a drone can get big enough to carry someone and a Chinese company called Ehang actually came up with one. The drone is an attractive-looking one-seater cab with gull-wing doors and surrounded with four arms with rotors. It looks like a conventional quadcopter drone except bigger. The Ehang 184 has enough power to carry a single passenger for up to 23 minutes at a speed of 60 miles per hour. Control will be done by remote so it’s a bit disconcerting for the lonely passenger not to have some form of control. It’s not exactly airworthy but it’s a viable proof of concept. If this thing takes off, it’s goodbye traffic.

“Your bed, it’s too soft. When I was over there I sleep on the ground and used rock for pillows, like a caveman. Now I’m home, lying in my bed, and It’s like…”

“Lying on a marshmallow. I feel like I’m gonna sink right to the floor.”

Seems to be a common problem for people in the front line. Ordinary people have this problem too especially when traveling, sleeping on alien beds which are too hard or too soft. The It Bed from Sleep Number is the coolest idea since the waterbed. It has mattresses with adjustable firmness along with other high-tech features such as measuring sleep patterns, breathing and heart rate through biometric sensors and a companion phone app alerting the user of potential health problems or helping the user get a good night’s rest.

Now plenty of people die in car accidents because drivers are distracted—by their mobile phones. Drivers hear a notification, an alert or a ring, they’ll instinctively reach for that mobile phone and glace at that new post, tweet or email. Texting while driving is already a cause for arrest but there’s just no cure for stubborn or stupid—except maybe electro-shock therapy. But then again, there’s the new SMARTWheel. It’s a steering wheel cover with sensors, lights and sounds that’s designed to detect distracted driving. One important driving rule is to keep both hands on the wheel as much as possible and that’s the rule SMARTWheel seeks to impose. SMARTWheel detects is one hand is off the wheel for too long. Suggesting that hand is holding a mobile phone. It also detects whether both hands are close together suggesting the user is holding a mobile phone, most likely texting or answering email. So what’s to stop people from doing these? A high-pitched tone and an indicator light from the SMARTWheel or maybe someday a recording of Sheldon Cooper saying the indicator light is on.

Speaking of driving, there’s the amazing FFZERO1 racecar from Faraday Future. It may just be the coolest electric car on the planet. It just might be Bruce Wayne’s car if he wasn’t going up against Clark Kent. This electric car can do a zero to sixty in less than 3 seconds, it’s connected to the internet, it has aerodynamic air tunnels that serves to cool the batteries and reduce drag and a touch screen interface and augmented reality views in front of the driver plus a cellphone dock on the steering wheel. It’s a great Tesla competitor but won’t be out until 2018.

Wearables will soon be everywhere by who says it’s all in the wrist? Belt buckles can hide electronics too. Batman’s been doing it for a very long time. Two companies showed their smart belts in CES 2016. One is Samsung and the other from a French Startup called Emiola.

“We designed Belty Good Vibes to enrich the lives of others. We want to provide a product that is not only stylish but one that enriches lives; that’s why we created our second smart belt,”

Like many fitness buddies worn at the wrist, the Belty Good Vibes also promotes activity, challenges users to consistently increase amount of activity than before, it also counts steps and encourages relaxation. Samsung also came up with its own belt but with a less savory name called the Welt which is short for wellness belt. The buckle is almost indistinguishable from large normal buckles but is packed inside with several sensors which includes a pedometer and a tension sensor to check for overeating.

Other cool stuff shown in CES 2016 include LEGO’s WeDo 2.0 robotics kit aimed at giving children an easier entry into robotics than MindStorms; The HTC Vive Chaperone motion controllers for the HTC Vive VR helmet; Volkswagen’s BUDD-e Quick Charging systems for their electric cars which can charge their electric vehicles to 80% capacity in 15 minutes, to make up for their emissions scandal and the Chevy Bolt EV with its 200-mile range on one charge. But what’s CES without HDTVs and PCs? LG came out with the world’s first 8K HDR TV which is the UH9800 and another high-quality 4K TV the LG Signature G6. For PCs, Lenovo came out with the highly flexible yet tough Yoga X1 with an OLED display. Samsung came out with the Windows-powered Core-M laptop dubbed the Galaxy TabPro S.