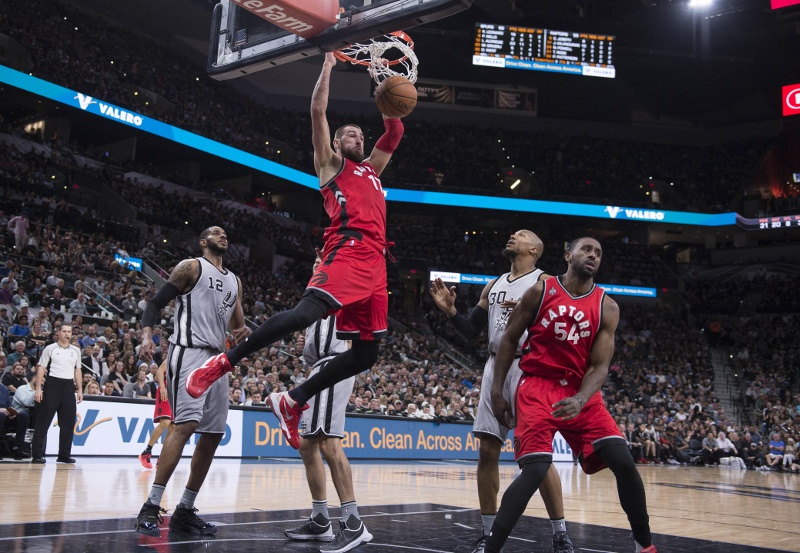 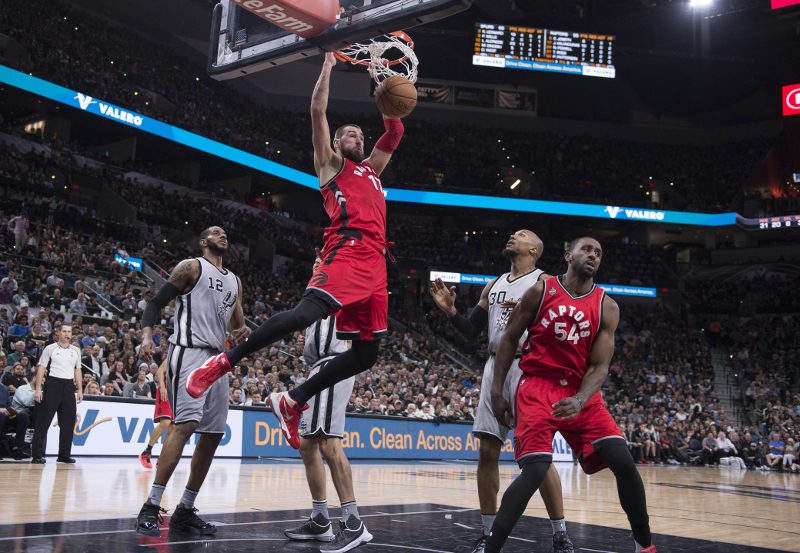 Dave Stubbs, an NHL columnist, had some clever puns earlier this week in addressing the shutout of Canadian teams in the NHL playoffs this season. In an article titled “Woe Canada” Stubbs claimed that while “Canada may stake claim to the invention of hockey as we know it…teams from this country clearly didn’t bring their Eh-game in 2015-16.” In concluding his article Stubbs references the Toronto Blue Jays, a couple of pre-season games in Montreal, and claims, quite erroneously, that in the absence of hockey “baseball takes Canada’s center stage, in fact, its only stage.”

Apparently the Toronto Raptors likely entering the NBA playoffs as the No. 2 seed in the Eastern Conference isn’t a “stage” in Stubbs’ mind. Pre-season Toronto Blue Jays’ baseball is one while NBA playoff basketball north of the border doesn’t seem to enter his reality. That could change if the Raptors rattle off a series win, and it probably will change drastically if they rattle off two.

With no Canadian teams in the NHL playoffs this season, the Raptors will have less competition when it comes to Canadian-based franchises and televised games. While many Canadians will still tune-in to watch the numerous Canadian-born players in the NHL playoffs, you have to think that what hockey will lose in Canada for not having any Canadian clubs, the NBA could stand to gain.

But how the Raptors will do in the playoffs is anyone’s guess. If you assume that they will, in fact, enter as the No. 2 seed, something that looks very probable at this point, then that projects as an Eastern Conference runner-up. However, the playoffs haven’t been all that kind to Canadian-based franchises over the last two-plus decades. In fact, I think we can start talking about The Canadian Slump.

The last Canadian-based franchise that won their sport’s championship was the 1993 Toronto Blue Jays. Consider these stats since then for Major League Baseball, NBA basketball, and NHL hockey.

1994: No World Series played due to labor reasons
1995 – 2015: neither the Montreal Expos nor the Toronto Blue Jays won a World Series

Number of team-seasons that encompasses: 31 (10 for Montreal, 21 for Toronto)

1994 – 2015 (22 seasons): No NBA championship for either the Vancouver Grizzlies or the Toronto Raptors

Number of team-seasons encompassed: 28 (6 for Vancouver, 22 for Toronto)

All totaled, there’s been 202 team-seasons for Canadian-based franchises in Major League Baseball, the NBA, and the NHL since the 1993 Blue Jays’ championship. Those franchises are a combined 0 for 202 in winning championships since the Joe Carter home run. Have they all failed to bring their “Eh-games” during that time?

After all, there was the Calgary goal in 2004 against Tampa Bay that got suspiciously waived off. Furthermore, the Montreal Canadiens seemed to have their “Eh-game” last season, but the refs suspiciously missed the Lightning going a stride offside in scoring an overtime winner in a key game. Furthermore, the Toronto Blue Jays had their “Eh-game” in the playoffs last season only to see it get shelved behind the suspiciously egregious umpiring of game six of the 2015 ALCS. In that game we saw KC hit a ground-rule double that instead suspiciously got called a home run, we saw a suspiciously enlarged strike zone that had Blue Jay hitters mystified in crucial at bats, and we saw balks suspiciously ignored with the Blue Jays’ tying run on third in the top of the ninth.

The refs/umpires haven’t brought their Eh-games, but then…..maybe they have. More on that in a second.

What should we expect from the Toronto Raptors as candidates to end The Canadian Slump? At their best, they could win the East, but several other teams could win that conference too if playing their best. Cleveland’s there, Boston is there, Miami is there, and even Atlanta and Charlotte are there. Furthermore, Toronto would have little chance against the Golden State Warriors or San Antonio Spurs in a possible NBA Finals match-up. Accordingly, that 0 for 202 stat promises to be 0 for 203 in a month or so.

However, analyzing how Toronto stacks up against the competition may not be the best way of looking at their chances for post-season success. Even if the Raptors bring their “Eh-game” for the entire post-season, the NBA Finals are going to be nationally televised on ABC. Are the Raptors a good magnet for American viewership, keeping in mind that the USA has 9 times as many potential viewers as Canada? My hunch is no, and my suspicion is also that Canadian-based franchises not fitting into American advertising is a major factor in The Canadian Slump.

Teams not bringing their “Eh-games” is certainly part of the reason. But even when Canadian franchises do, something else seems to always go wrong, and that’s definitely a part of The ‘0 for 202’ Canadian Slump in my mind.

The NBA could see tremendous growth in Canada with the Raptors in and the Canadian NHL contingent out. But I got a bad feeling about these Raptors and not just because they only have a .680 winning percentage. My gut says that Toronto, as a business decision, just won’t be welcome in the ABC broadcast of the NBA Finals. If a dip in form doesn’t take Toronto out, then something like game six of the 2002 Western Conference finals just might (look it up).