Home All News Can Technology Stay Ahead Of Hackers? 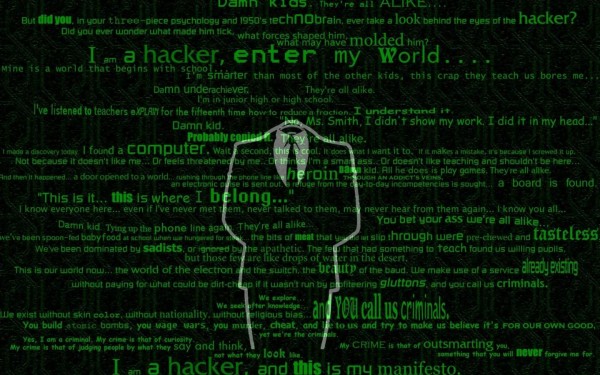 It’s a computer user’s nightmare out there, a security apocalypse. It sounds alarming because it is; especially if you have a credit card and buy stuff online, if you love playing games with paid downloadable content and if you have a business or a ranking position in the business. There are hacking news and alerts left and right; hostile states hacking other countries, organized hackers defacing websites in protest of something, hackers stealing tons of financial and contact information from various websites, private nude photos and sex videos of celebrities stolen and leaked online and the most alarming, the NSA observing your cookware purchases. Anything with a camera and connected online can be used to monitor movements. Rumored hardware-based backdoors from servers to mobiles mandated by the US-NSA or built-in by Chinese companies. We should at least be concerned. Even though technology has become more mainstream and is steadily growing more advanced, so are security threats. As long as there’s financial or political gains, black hat hackers, will continue to breach computers of individuals, businesses and governments. The question is, will technology ever be able to stay ahead of hackers or are hackers necessary for technology to keep advancing?

Technology hasn’t really stagnated in recent years, in fact, it has grown by leaps and bounds and has permeated the lives of a majority of people. We have mobile phones more powerful than supercomputers a couple of decades ago. Cameras with resolutions that when printed can result in vivid billboard-sized images. Wireless data transfer people three decades back would have considered impossible. Tiny SD cards that can store the contents of a building full of magnetic tapes. Businesses needed to grow and expand and use the internet as a medium of communication and eventually, a medium of business. What seems to have laxed however, is the need for security as well as security technologies. The advent of the internet and social media has left the world wide open, with everyone willing to reach out and touch someone leaving security to take a backseat.

Hackers now have more advanced tools at their disposal and their numbers grow steadily since learning to hack has become easier and the benefits more lucrative. With more and more businesses going online, sensitive documents transferred over the wires, people readily giving away sensitive private information to social media, hackers have more than enough motivation to breach supposedly secure institutions for money, for power or just for the fun of it. Here are a number of news and rumors about hacked systems, in case you were too occupied with Game of Thrones and cat videos.

We, as consumers and even as free nations need to be concerned or be aware of these incidents. Jobs could disappear if our hacked companies suddenly shut down, our online game achievements could suddenly disappear or worse our games unplayable, our buying and travel habits could be hacked and used against us and our most private moments could be exposed and your webcam and game console cameras could be watching you as you read this.

With all the hacking and spying news going on, what are technology companies and governments doing about it?

Basically, security technology continues to advance. Several phone models now use fingerprint scanners for tighter security. Other phones and computers use patterns and image recognition as passwords which aren’t so easily hacked. Software publishers continue to discover security problems by themselves or through the help of security professionals.

In the end, hackers are needed to advance security technologies. Without hackers and their personal, malicious and financial motivations, there would be no need to keep advancing security technologies. As long as there’s something to be gained in breaching an institution’s security there will always be someone willing to break it. Technology will advanced to thwart that beginning the cycle anew.

And lastly, it’s the people who should be made aware because it’s often the human factor that hackers depend on no matter how advanced the security technologies become. For one, people need to set up more secure passwords from the online gaming console user up to company CEOs. There are still people who use simple, easy-to-guess passwords or those who don’t bother changing their very old ones. Businesses, no matter how small but use the internet need to get serious in investing on more security hardware, software and services. There are computers out there that don’t bother installing anti-viruses. Security is useless for people who don’t bother and it’s the first line of defense for those who do.