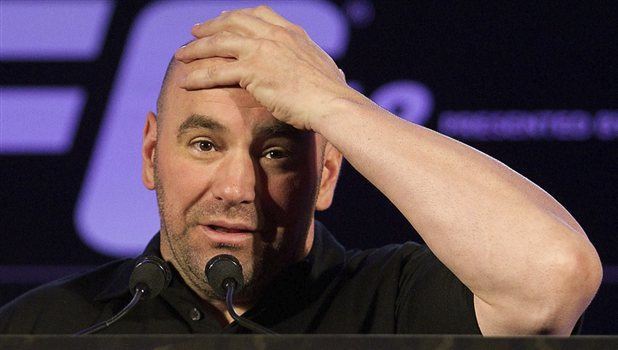 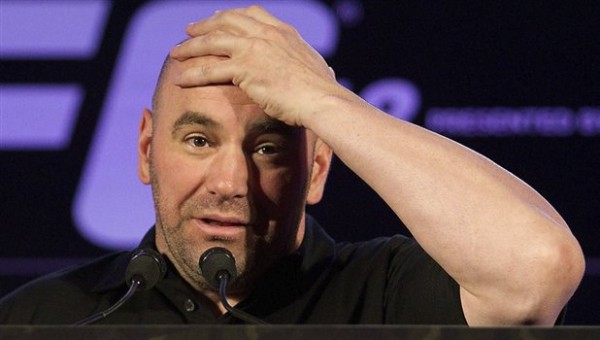 Dana White is the most fascinating head of a pro sport today. The president of the UFC is actually one of the most interesting sports figures in any position. His style is a straight shooting, no BS way of doing business. He does not mind ruffling some feathers no matter the subject or the person he is dealing with. With such a character and his penchant for speaking his mind, I would like to ask Dana White these 10 questions if I ever got the chance. I’ve added some of his answers too, which are purely fictional, but I could see coming out of the man’s mouth.

White: “The NFL guys of the past have a right to a settlement as concussions were not well researched. Going forward, no player is unaware of the risks of football. The same goes for MMA. Guys know the risks involved with our business. They sure don’t mind the money and fame along the way.”

“We have some lawsuits currently and I think it is ridiculous that guys are suing us simply because they can’t make it here anymore. We are not stopping these guys from working in other MMA promotions. Is it my fault that no other organization is as successful as the UFC? Should we just start a freaking charity for other fight promotions to help them get traction! Maybe these fighters should have done more inside the Octagon and they wouldn’t need to find lawyers advertising on daytime TV.” 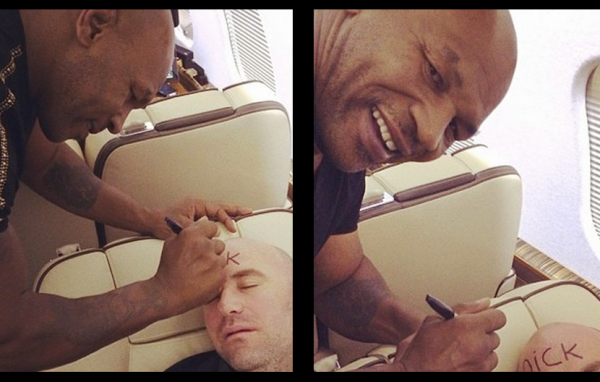 White: “I would say for the short term it was Mike Tyson. At his peak I think he would have beaten anyone. There was a three year period where he was better than Ali or any other greats no matter the weight class. It’s too bad he went completely nuts there for a while and Don King had a lot to do with that by stealing most of his money, allegedly.”

White: “There is no point to it. Boxing is dead. There is one fight people really want to see and that is Mayweather and Pacquiao. But it is almost too late for even that superfight. They both are on the backside of greatness at this point. Mayweather is the only boxer that is holding things together with his big PPV draw. The fact that most fans just want to see him finally get knocked out is where most of those dollars come from. Boxing was once a great sport, but the fools running it have taken it so far off the right path that it will never be the same.” 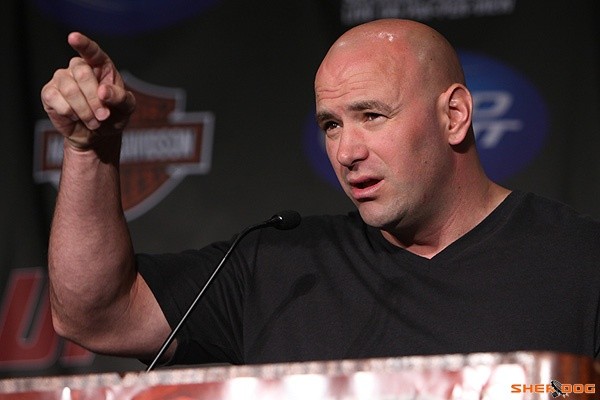 White: “First, I don’t need advisers. Do you see how successful I have been? Advisers would just get in my way. I will know the UFC is oversaturated when I no longer have former fighters trying to sue us I guess. That will mean I am letting too many weak ass guys stay in the UFC too long and fans don’t want that kind of action.” 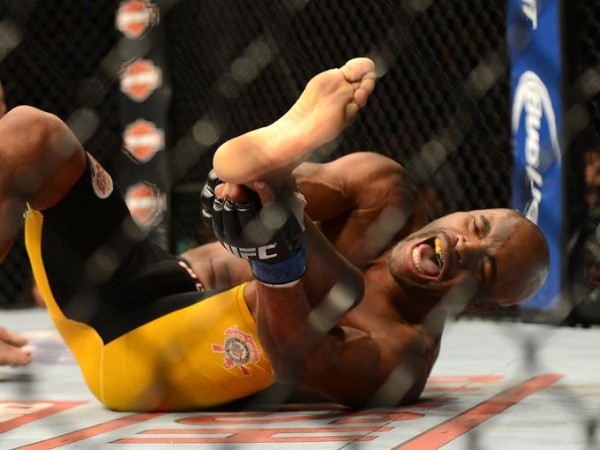 White: “Silva is the greatest fighter I have ever seen in MMA. That said, I would be scared to even get back in the ring again if I were him. His leg basically fell off the last time he fought. We have a helicopter scheduled to be on hand for the Diaz fight just in case any of his limbs become detached in that big fight coming up.” 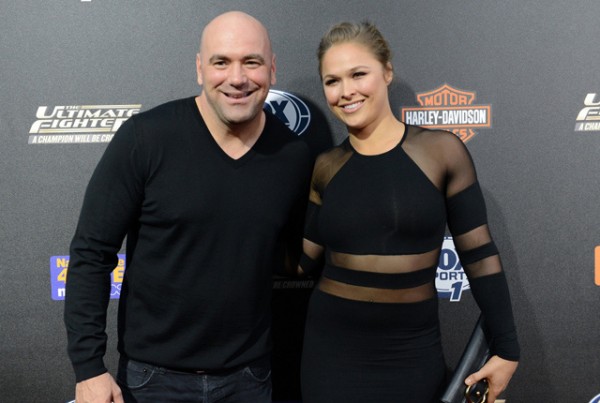 White: “It would be would be hard to replace Rousey obviously. She is the total package of beauty, charm, and being a hell of a fighter. We are doing what we can to line up some possible ladies to fill her shoes once she is gone from the UFC. A nice body and a pretty face is not hard to find. Those qualities along with the ability to actually win fights is a hard combo. We are trying to get beauty consultants for a few of our better female fighters to improve their looks also.” 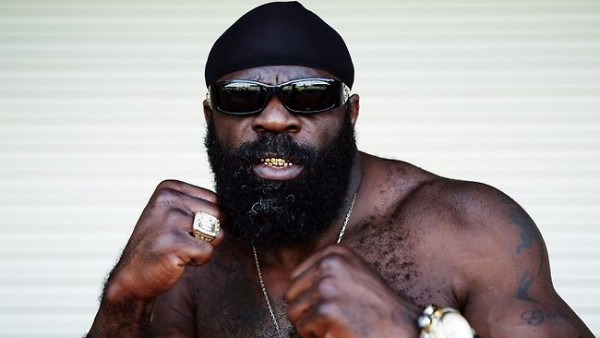 White: “Kimbo Slice. The guy was a Youtube sensation but his skills were nothing unless he was fighting a hungover construction worker in a parking lot. He found out quickly on ‘The Ultimate Fighter’ that he had a lot to learn. We got as much mileage out of his little sideshow as possible.” 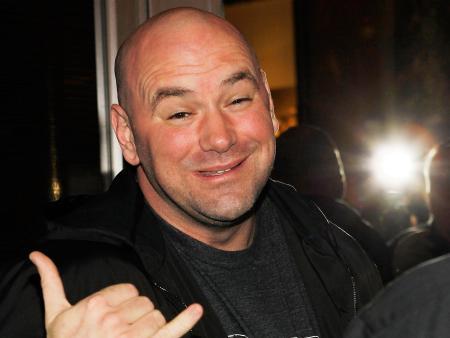 White: “The moment I got involved with the sport. Once I set my mind to it, there was no way we were not going to be successful. After all look at how many idiots watch wrestling every week. That fake stuff is hugely successful. And baseball. People still sit through hours of spitting, cup adjusting, stepping away from the plate, and that stupid seventh inning stretch deal. I knew if these other sports were thriving, we would make it as long as I was in charge.” 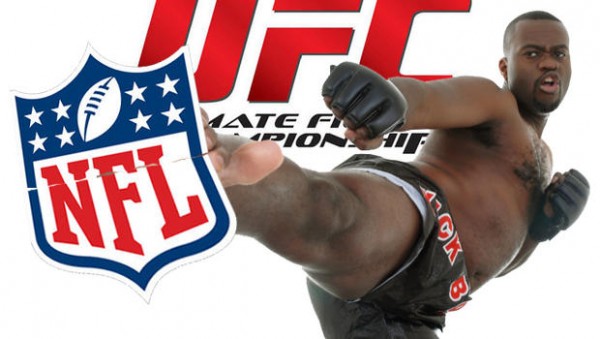 White: “Yes we are working on that now. We would like to get a Budweiser partnership on that. I envision us going live with a two fight PPV with four awesome fighters right after the Super Bowl ends. Fans mostly don’t want to watch the Lombardi Trophy presentation or the ridiculous interviews with 124 year old NFL owners. Having a PPV to turn to just after the football game and a couple hours before they pass out from all the day’s beer consumption would work well. 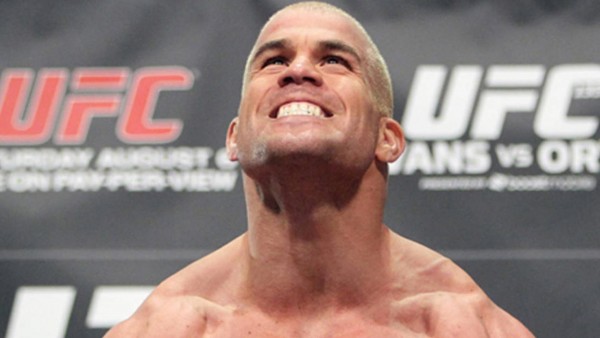 White: “Tito Ortiz of course. The man was just a thorn in my side at every turn. He had a good run as champion I will admit. If he had just not acted like a fool, he would still have a place in the UFC in