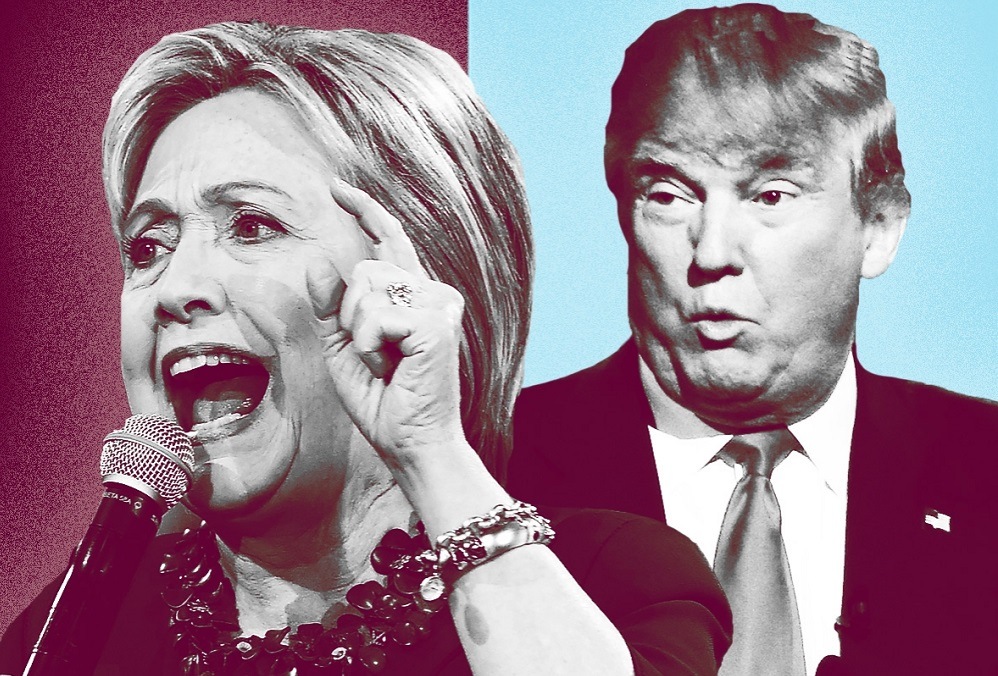 Last night we got a chance to see Donald Trump and Hillary Clinton in action against each other in the first presidential debate. What should have been 100 minutes of these two candidates laying out the facts of their agenda for the American people turned into a joke of a debate that left many feeling confused. And it’s all Trump’s fault.

Where do I even begin? Do I start with Trump’s smug look of annoyance and disdain for the woman standing next to him who’s political experience runs circles around his? Or perhaps I start off with the fact that The Donald is like a little kid trying to control his behavior in public because his parents promised him a treat when he gets home. You can see that he wants to go off or throw a tantrum (which he does not too long after the debate starts) but it’s like his staff members told him to chill so he’s trying to behave himself. In the first seven minutes of the debate, he mentions Mexico eight times and China four times. Throughout the whole back and forth, he places blame on Obama more than a handful of times and blames Clinton for spending 30 years trying to stop ISIS. But believe it or not, these things are just the tip of the iceberg of the absurdity that is Donald Trump. Here are some highlights of his stupidity, oblivion, bigotry, and privilege on display last night.

Trump Praises Himself for Not Paying Federal Taxes

When taken to task by Hillary (after Lester Holt brings it up) about not paying federal taxes in years, Trump says, “That’s because I am smart.” What a telling comment. We can gather from this that not only does he not pay taxes (but would punish those who don’t) he believes that his ability to not do so is a smart move.

When the question about race in America is proposed, Trump goes on a tangent. His rambling leads him to not only say that stop and frisk was an effective way of controlling crime, but he also dismisses Holt when he points out that the practice is unconstitutional. According to Trump, “A very against police judge” is the reason that it was shot down so in essence, it’s not really unconstitutional. Furthermore, the issue is not the ruling but that the crime in urban communities continues to happen because of guns on the street. His exact words were, “No, the argument is that we have to take the guns away from these people that have them and they are bad people that shouldn’t have them.

During the topic of race in America again, while Hillary said, “Race still determines too much,” Trump essentially says, “what about black on black crime.” Holt mentioned the issues with law enforcement and the murdering of people of color (POC) and Trump turns it into a quip against the people in the communities committing crimes against each other. He also says that he has also been concerned about the properties he has in these areas. But don’t worry, they are doing A-okay. 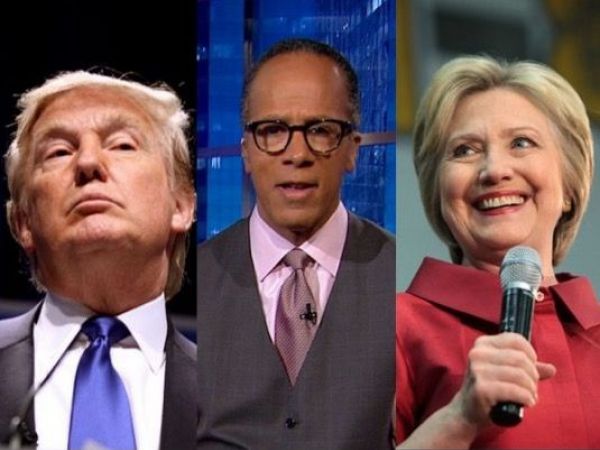 Trump Praises Himself on the Birther “Issue”

One of the most absurd things he’s proud to boast about is the birther controversy with President Obama’s birth certificate. According to Trump, he was “The one that got them to produce the birth certificate” and “I think I did a good job.” The thing about this particular answer is that the question was about racial healing in America, and when Holt tried to bring him back around to the topic by asking him, “What do you say about that, Trump says, “I say nothing because I was able to get him to produce it, he should have been able to produce it a long time before. I say nothing.” Again, the question was about racial healing, but yet Trump ignores it by talking about something TOTALLY not related.

Trump Praises Himself for Using Manners

At the end of the debate, the GOP nominee mentions how he could easily say some bad things about Clinton and her husband. He said that he thought about it but decided not to. He, pretty much, spared her and her family of embarrassment out of the kindness of his heart. Thoughtful.

Trump Praises Himself for his Temperament

In what is probably the most comical and jaw-dropping moment of the debate I’m sure, Trump says that he has “A much better temperament” than Hillary Clinton. He calls his “winning temperament” his “strongest asset.” He tells a story of seeing Clinton tear into someone behind the stage before the start of an event and says that he is better suited to run the country because he knows how to act. I’m going to leave that right there. 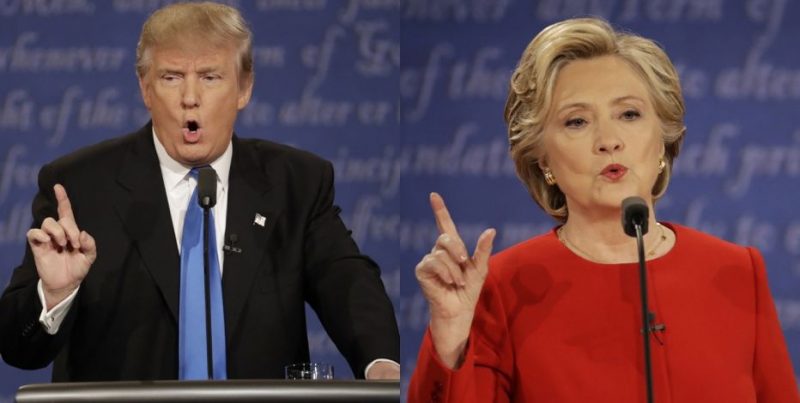 Other head-scratching moments from the debate, courtesy of Trump, are as follows:

-He has no plan on how to get the jobs he says we are losing to Mexico and other countries back. His only rebuttal is “We need to stop them from leaving.”

-He wants to give a tax break to the rich, taking their percentage from 35 to 15. This is how we will make America great again.

-He did a whole lot of sniffing which I am pretty sure is an indication of his lying or trying to remember the flashcards his staff made out for him.

-He did not properly address the 1973 federal lawsuit brought against him for denying housing to black people who tried to move into his NYC properties.

As of this writing, reports say that the polls are split on the winner of the debate. But anyone who watched it knows that Clinton got the upper hand by just simply being quiet.

The next presidential debate is October 9th, and if things go the way they did last night, I’m calling it Clinton for the win.