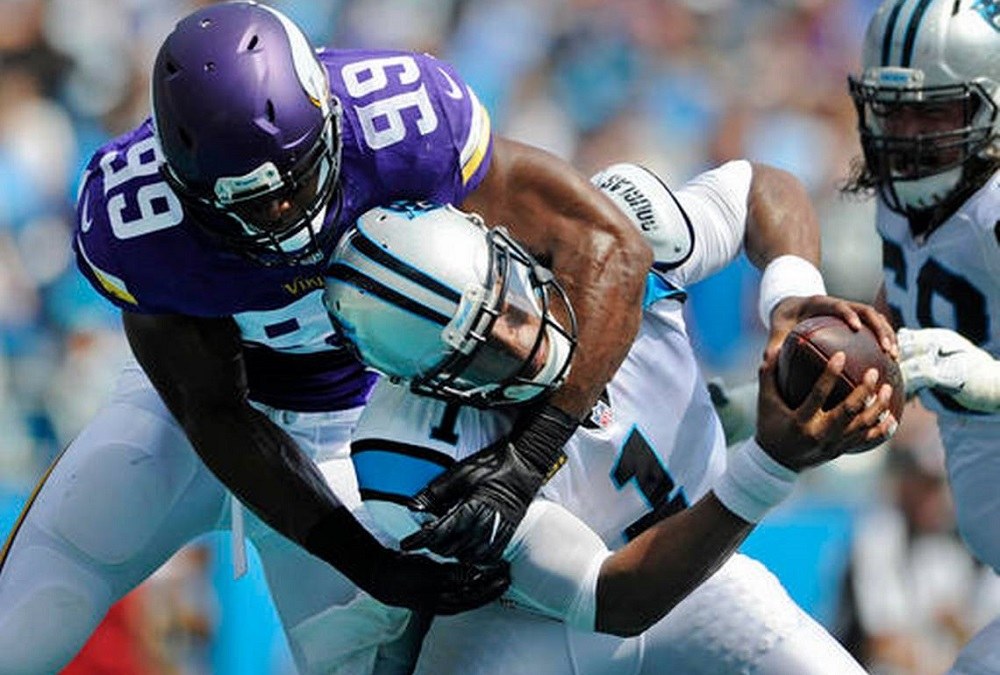 Week One, the Minnesota Vikings blew through the Tennessee Titans, forcing three turnovers. No one thought anything of it.

Last week, the Vikings pulled off an upset victory over the Green Bay Packers as Aaron Rodgers threw an interception at the end of the game. Rodgers only managed 213 yards and one touchdown in addition to the game-losing pick, prompting fans to question what happened to the former NFL MVP.

Two things are clear: first, NFL teams have figured out how to deal with Newton. Last year, Cam flew to a 15-1 record and a Super Bowl appearance. This year, the Panthers are 1-2 after tough losses to the Denver Broncos and the Vikings.

The key is to beat him up. Cam was sacked eight times by the Vikings and hit another 12. So, teams have now caught up to the quarterback’s play style. It’s up to Cam now to prove himself and adapt moving forward.

The second takeaway from the Vikes victory is that Minnesota’s defense is damn good. I mean really. Can we talk about that for a second? Everyone will be focusing on Cam this week when the real talking point is this defensive unit. Who would have thought a Minnesota team minus Adrian Peterson would run all over the Panthers? 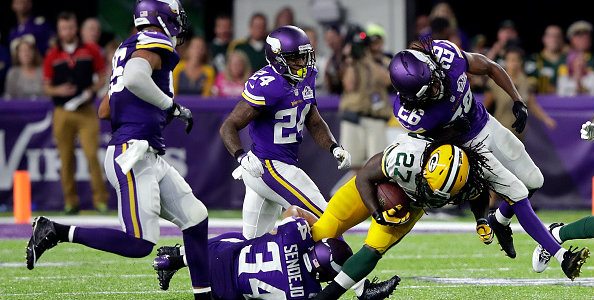 “Coach [Mike] Zimmer always says it: Let everybody count us out,” said defensive end Danielle Hunter. “We want to be the underdog that’ll just shock everybody.”

The craziest part is, even without quarterback Teddy Bridgewater and running back Adrian Peterson, the Vikings are winning and could very well continue to be successful.

“We believe our offense is going to get rolling, and we hope that our offense can put up 30-plus points a game,” said linebacker Chad Greenway. “If it does, awesome. But it’s complementary football at its finest. It’s been done before. People have won Super Bowls this way, and that’s obviously our goal.”

The 2015 Denver Broncos can attest to that.