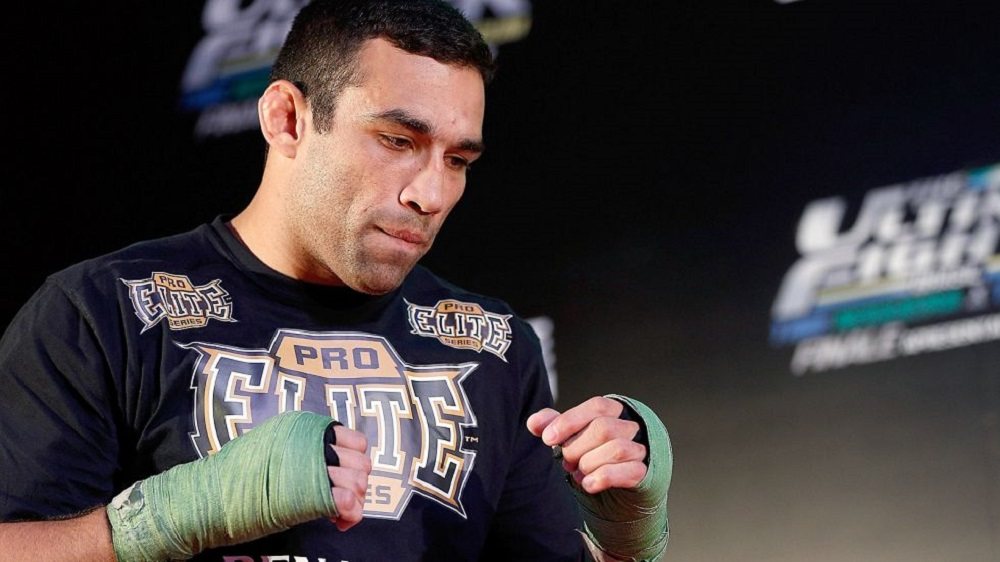 Fabricio Werdum has announced via video that he has been removed from his television duties as both analyst and commentator on the UFC‘s Spanish-speaking broadcasts now. You can see the full video below.

Fabricio Werdum made it pretty clear how he feels about Reebok being the across-the-board sponsor for all UFC fighters.

“It was just a protest,” Werdum said. “Something that before we could show any sponsor we wanted. We used to get real good money, it was a lot different from Reebok. Today, with Reebok there is a pay scale, if you have a certain number of fights you get $5,000, $8.000. Of course it’s good money, but nothing like it was before, so of course it was a protest.

“I think fighters need to start speaking because no one is happy,” Werdum continued. “It’s something that is in our contract, we have to sign it and end of story. We don’t have options. It was nice because it [the photo] was featured even in Globo.com. People talking, ‘Werdum signed with Nike’, no, but if Nike is interested, we’re here.”

“The people thinking I will get in trouble, nothing will happen,” he said. “I even tell the fighters, if some company won’t sponsor you, you have to cover up their names, gloves, shin guards, don’t make free promotion. That’s our job, our image, our fights. Just because someone sends you some gloves you don’t need to keep making several posts with them. That’s not how it works, you have to value your image.” 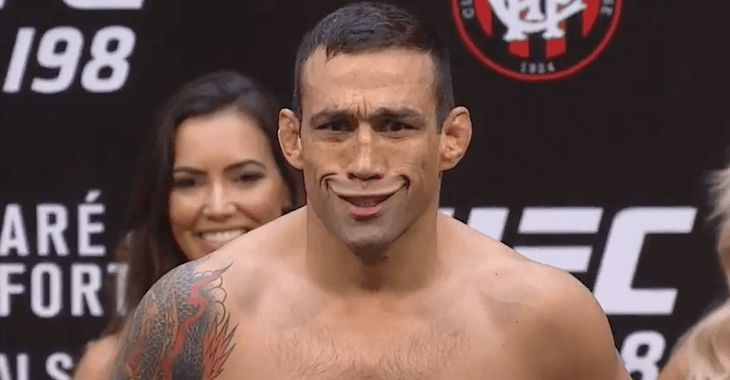 The former UFC Heavyweight Champion is not a fan, clearly.

Spewing his displeasure on social media with being forced to wear Reebok gear in the Octagon, may be the starting point for more fighters to pitch a fit about the Reebok deal.

Most high-level fighters objected to the sponsorship deal when it first came about in 2015. Yet, less popular fighters benefitted from the deal since they had a tougher time lining up sponsors on their own. The deal is akin to NFL stars making the same amount for jersey sales as less popular players.

Communism basically. But if you want to fight in the biggest MMA promotion in the world, those are the rules. And Reebok would be printed all over your trunks.

Protests would have been more effective at the starting point of the Reebok deal. But the second best time for a protest among fighters who feel they are getting a raw deal, would be right now.

Colin Kaepernick’s protest would have been much more impactful had he done so when he was the starting QB in the Super Bowl a couple years ago. But of course, he has still managed to make huge waves as a backup QB.

Fighters who think they have no power to change the game are mistaken. As Werdum stated, he’s not obligated to wear Reebok gear 24 hours a day. The UFC may own these fighters when they are inside the Octagon and during press conferences, but they can’t be forced to wear certain clothing on their own time.

I’m sure Dana White would disagree, and he ultimately holds the fate of these angry fighters in his hands. The UFC Prez has been known to cut a guy he doesn’t like.

So it all boils down to this. How badly do fighters want to be rid of the Reebok deal? And how many are willing to take a stand to make it happen.

Reebok has a solid deal with the UFC, but they still can’t control statements made by individual fighters. And if more would make statements like Werdum, each time they do an interview or send out a tweet, Reebok would have to take notice.

UFC fighters can turn this Reebok deal on its head and make the apparel company look silly. But only if enough guys and gals are willing to make the necessary noise. That noise can be as simple as wearing a Nike shirt every time they go out in public or post on social media.

Or it can be as ballsy as getting their own sponsor tattooed on their chest for the world to see each time they fight.

The means to protest are plentiful. The question is if the biggest names in the UFC are willing to risk their own jobs to stand up to their employer and Reebok.

And if they have the numbers needed to make a real difference.

Dana White can’t cut every protester from the roster.

At least I don’t think he’s that crazy.