Home All News Movie News It takes a village or room to breathe life into ‘Sherlock Holmes... 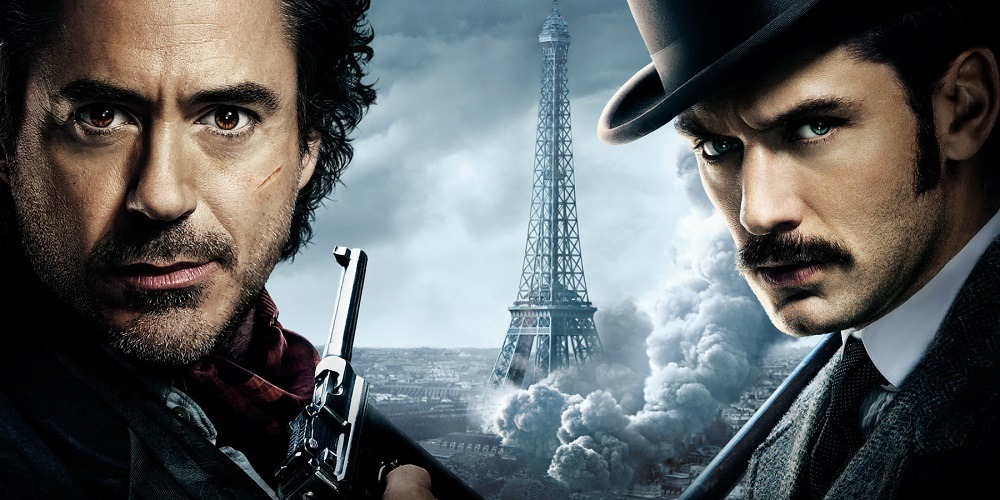 A-list star Robert Downey, Jr. was last seen in Captain America: Civil War and will be reprising the beloved Iron Man role once again in Spider-Man: Homecoming next summer. He will then be preparing to star in the massive Avengers: Infinity War that will probably be beginning production soon. Much of the actor’s increasing popularity has also stemmed from the underrated Sherlock Holmes series — helmed by Guy Ritchie (The Man From U.N.C.L.E.) and starring Downey, Jr. as the eccentric titular detective and Jude Law as Dr. John Watson. While the Iron Man role will always be the one that Downey, Jr. is best known for, his stunning performance as Sherlock Holmes is one that should never be overlooked.

The two installments in the action-mystery series thus far—Sherlock Holmes (2009) and Sherlock Holmes: A Game of Shadows (2011)—have both been decent box office and critical successes. It’s just that being now five years removed from the most recent entry has had fans wondering if Warner Bros. would ever give the green light for a third Sherlock Holmes film. Downey, Jr. and company teased earlier this year that there was an intention of hopefully beginning production on Sherlock Holmes 3 sometime in Fall 2016. There was even a screenwriter that was hired to do a rewrite of the script, but that has since fallen through — until now.

News from Variety reports that Warner Bros. has assembled a writers room to help form the third installment in the series. The writers include Book of Eli screenwriter Gary Whitta (co-writer of the upcoming Rogue One: A Star Wars Story) and Guardians of the Galaxy co-writer Nicole Perlman, as well as Geneva Dworet-Robertson (co-writer of 2018’s Tomb Raider), Snowden screenwriter Kieran Fitzgerald and Justin Malen (co-writer of 2017’s Baywatch). So, with all of that said, it’s official. We are getting Sherlock Holmes 3, folks. It’s happening.

The decision to have a writers’ room has recently become a go-to move for studios. That strategy also augments the chance of any up and coming cinematic universes—i.e. Paramount’s Hasbro (Transformers), Universal’s Monsters, and DC Comics—to be successful. It is, however, a little uncommon for a studio to assemble a big writing team just for one film. That could mean that Warner Bros. is hoping for spin-offs and/or sequels to follow Sherlock Holmes 3. Wouldn’t that be amazing — and also unnecessary?

The mystery that still remains about the third installment is if Ritchie will return to direct. He has shown great interest in coming back, but that’s never a sure bet these days. He is currently busy prepping 2017’s King Arthur: Legend of the Sword for release in the early part of next year. But at least we know that Downey, Jr. and Law are game to reprise their roles. It would also be interesting if Game of Shadows co-star Noomi Rapace (The Girl with the Dragon Tattoo) came back as the adept and mysterious gypsy, Madam Simza Heron. No matter what, let’s hope that the new team of writers know what Sherlock Holmes fans want — and, of course, don’t want — for the third installment.