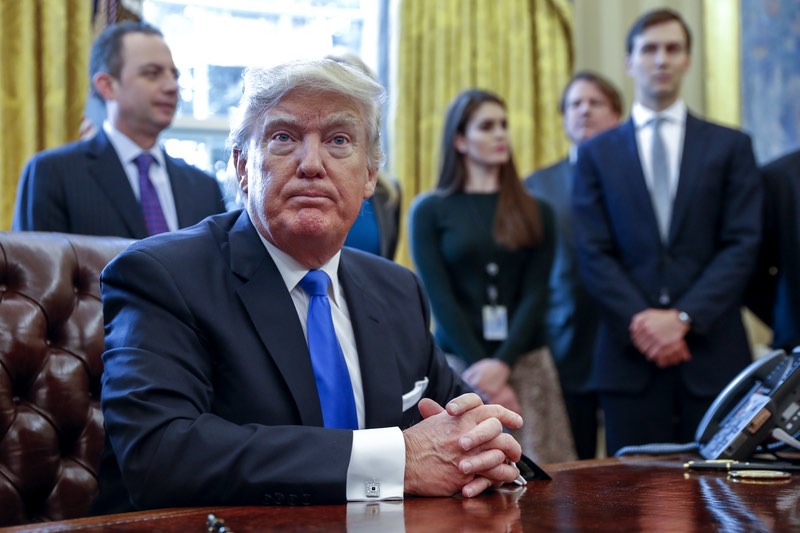 After suffering amazing blowback from his firing of FBI Director James Comey, Donald Trump is quickly working hard to switch the conversation while also doing something to please his supporters. He is returning to a subject he latched onto even after winning the election; voter fraud.

This will be yet another test for Republicans who are sticking tight to Trump through the Comey affair as voter fraud was not a popular subject among that party.

A White House official said Trump would sign an executive order appointing a voter fraud commission that would examine “voter fraud and suppression” while reviewing “policies and practices that enhance or undermine the American people’s confidence in the integrity of federal elections — including improper registrations, improper voting, fraudulent registrations, fraudulent voting, and voting suppression.”

Trump had signaled in January he would sign the order, but it has been delayed repeatedly, as aides have uncomfortably answered questions about its purpose amid scant evidence that voter fraud has played any role in presidential elections.

The White House has not published the text of the order, a key step, given that many of the orders signed by Trump have not been as bold as initially described.

The order underscores how Trump — who has been weighing in publicly on current events for decades as a private citizen — now can mobilize the power of the federal government, with a pen stroke, to address an unsubstantiated claim that millions voted fraudulently in the presidential election.

This action will be headed up by Vice President Mike Pence and Kansas Secretary of State Kris Kobach. Kobach has been quite the lightning rod for controversy as having been accused of extreme racism and ties to white nationalists.

Kobach is almost single-handedly responsible for some of the nation’s strictest immigration laws in at least a half-dozen states — he not only writes the laws, but advocates for them and battles on their behalf in court. He is often cited as the chief architect of what Arizona’s SB 1070, which was passed in 2010 and led to protests and state boycotts for encouraging the profiling of Latinos and other minorities.

The Arizona law requires police to determine a person’s immigration status when there is “reasonable suspicion” that they are not legally in the US; it was partially upheld by the Supreme Court but had other sections struck down by the court in 2011.

The goal of the new commission is to investigate the President’s unfounded claims that three to five million people voted illegally for Hillary Clinton in the 2016 presidential election — similar to the margin of Clinton’s popular vote victory over Trump.

In addition to winning the Electoral College in a landslide, I won the popular vote if you deduct the millions of people who voted illegally

“In addition to winning the Electoral College in a landslide, I won the popular vote if you deduct the millions of people who voted illegally,” he tweeted in late November. 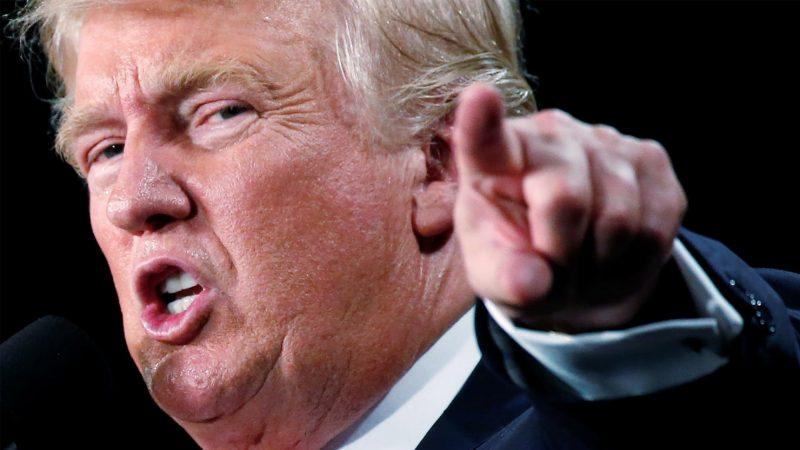 Most voting specialists and researchers say Trump’s repeated assertion is unfounded and even dangerous to the credibility of the democratic voting system.

Voting rights advocates and Democrats nonetheless worry that Trump’s investigation could spark proposals for national laws making it harder to vote, following a practice in some state legislatures that has been challenged in courts.

“The evidence for fraud has been thin,” said Michael P. McDonald, an elections specialist at the University of Florida’s political science department. “It’s a rhetorical point that Republicans have been using to advocate for restrictive voting laws.”

Lawmakers also could target provisions of the 1993 “Motor Voter Act” that require states to help voters register when they apply for driver’s licenses or public assistance.

Yet even Trump’s GOP colleagues on Capitol Hill have been reluctant to join him on this issue at a moment when they see great opportunity to move conservative policy goals that have been pent up after eight years of Democratic control of the White House.

“We’ve moved on,” Sen. John Thune of South Dakota, the No. 3 Republican on Capitol Hill, said in Trump’s first days in office during a GOP retreat in Philadelphia.

“If the administration decides to pursue some sort of investigation on that, we will certainly cooperate in any way that they ask for,” he added. “But all I can tell you is this: We had an election; it was a decisive outcome. We have a new president, a new Congress and I view the election as history and we’re ready to roll up our sleeves and go to work for the American people.”

Trump spent weeks tweeting unfounded accusations of widespread voter fraud after his electoral victory in November, as it became clear that Hillary Clinton had won the popular vote by nearly 3 million ballots.

“I won the popular vote if you deduct the millions of people who voted illegally,” he tweeted Nov. 27.

Others in his party dismissed the claim, and Trump’s own lawyers, while fighting recount efforts in Michigan, argued that “all available evidence suggests that the 2016 general election was not tainted by fraud or mistake.” But Trump would not let up, believing his legitimacy as president was at stake. He repeated his grievances in a private White House meeting with congressional leaders just days after his inauguration.

That prompted reporters to ask his aides why he was not ordering a federal investigation, given the stakes of his claim. Trump essentially called their bluff, tweeting that he would order a “major investigation into VOTER FRAUD” in January, using all capital letters to underscore his defiance in the face of criticism.

“Take a look what’s registering,” Trump said during an address to Republican members in Philadelphia in his first week as president. “We are going to protect the integrity of the ballot box, and we are going to defend the votes of the American citizens. So important.”

House Speaker Paul D. Ryan and other Republican lawmakers sat passively during that part of the speech that was otherwise greeted with cheers in several sections.

To back his claim, Trump has pointed to a 2012 Pew study that argued for the need to upgrade the voter registration system. The report’s author recently reiterated its conclusion that voter rolls are susceptible to errors and fraud but not that any widespread fraud had occurred.

Trump has been conflating two issues, frequently pointing out accurately that voter rolls are rife with dead voters and people who have moved to other jurisdictions or states and reregistered. Yet registering in two states does not mean people have voted twice. Several news organizations reported that Trump’s closest advisor, Stephen Bannon, had been registered in both Florida and New York until the oversight was reported and he dropped his Florida registration. Trump’s daughter Tiffany was registered in New York and Philadelphia.

“Legitimately, yes, we do have an issue with what is called dead wood, where people persist on the voter file after they move from one state to another,” McDonald said.

It’s not illegal to remain registered in two states. But it does cause confusion and open the possibility of fraud, prompting election supervisors to try harder to clean up their roles in recent years, using databases to identify people who may not belong on them. But the law requires officials to wait two missed election cycles and make an attempt to contact voters before dropping them, to ensure people are not unfairly disenfranchised.

Election experts say a commission, if it were bipartisan and looked at access as well as fraud, could help clean up issues like that on the national level. But given the genesis of Trump’s order, they are dubious.

Richard L. Hasen, a voting law expert at UC Irvine’s law school, said he instead expects the “Trump Department of Justice to change positions 180 degrees” from President Obama’s, which generally opposed state voting laws that require photo identification at the voting booth. The Obama administration had sided with a challenge to a Texas voter identification law that courts ruled was discriminatory.