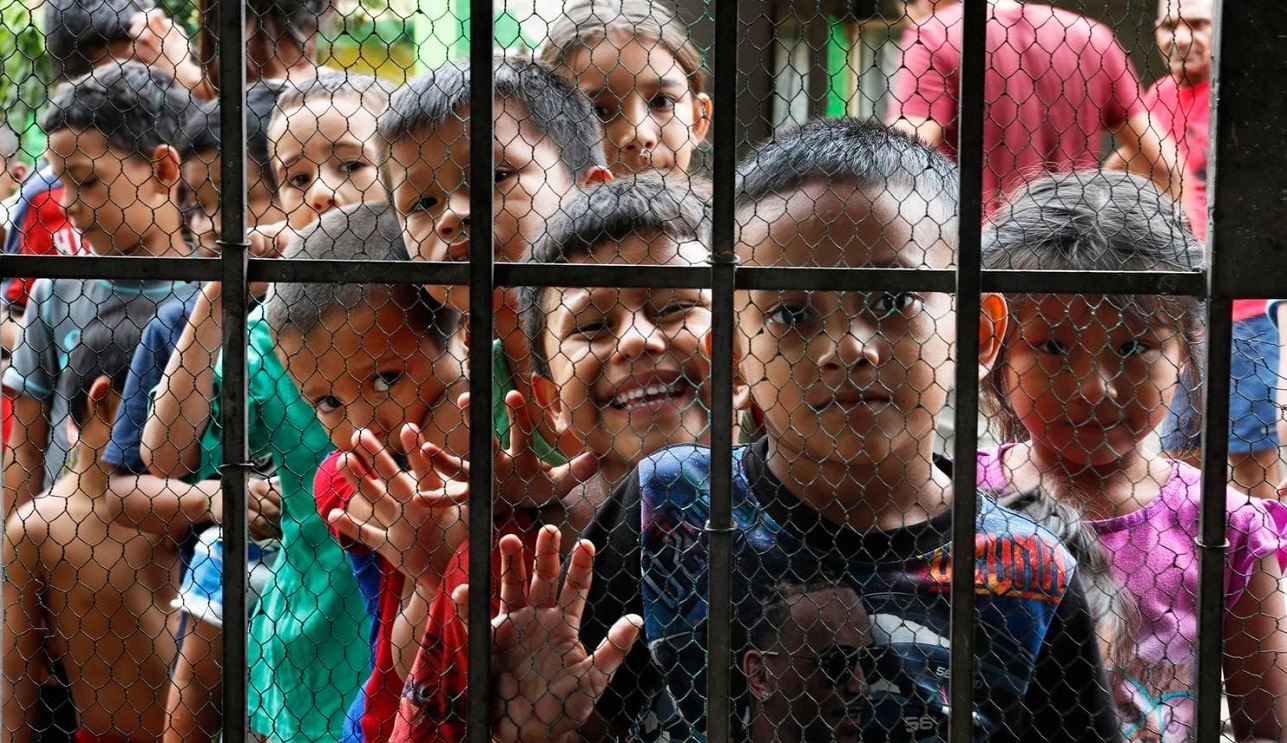 Donald Trump often winds up painting himself into a corner after lashing out when media coverage isn’t going the way he wants. Last week saw Robert Mueller eating up media time so Trump hit on the topics guaranteed to drive press back to what he wants; immigration and tariffs. Now that he’s being questioned by business leaders and Republicans, he is doubling down even if he doesn’t want to.

The Pentagon is hitting back at the White House to stop using the military for politics after the ‘hiding the John McCain warship’ story blew up. Rather than apologize, Trump said whoever did it probably had ‘good intentions.’

A top White House official said Sunday that President Trump is “deadly serious” about slapping tariffs on imports from Mexico but acknowledged there are no concrete benchmarks being set to assess whether the U.S. ally was stemming the flow of migrants enough to satisfy the administration.

He said the idea is to work with the Mexican government “to make sure that things did get better.”

Trump claims Mexico has taken advantage of the United States for decades but that the abuse will end when he slaps tariffs on Mexican imports next week in a dispute over illegal immigration.

The president said last week that he will impose a 5% tariff on Mexican goods on June 10 to pressure the government of Andres Manuel Lopez Obrador to block Central American migrants from crossing the border into the U.S.

Trump said the import tax will increase by 5% every month through October, topping out at 25%.

But the president has been here before, issuing high-stakes threats over his frustration with the flow of migrants only to later back off. They include his threat earlier this year to seal the border with Mexico.

Republicans on Capitol Hill and allies in the business community have signaled serious unease with the tariffs that they warn will raise prices for consumers and hurt the economy. Some see this latest threat as a play for leverage and doubt Trump will follow through.

GOP Sen. John Kennedy of Louisiana, on Sunday called the tariffs a “mistake.” He said it’s unlikely Trump will actually impose them.

The president “has been known to play with fire, but not live hand grenades,” Kennedy said on CBS’s “Face the Nation.”

“It’s going to tank the American economy,” he said. “I don’t think the president’s going to impose these tariffs.”

Mexican officials are due to meet later this week with Secretary of State Mike Pompeo in a bid to come to a resolution.

RELATED NEWS
How Do Graphics in New Online Slots Differ from the Old Ones?

“I think what the president said, what the White House has made clear, is we need a vast reduction in the numbers crossing,” Kevin McAleenan, acting secretary of the Department of Homeland Security, said on CNN’s “State of the Union.”

Mulvaney, who also spoke Sunday on NBC’s “Meet the Press,” said Mexico could take various steps to decrease the record numbers of migrants at the border.

He suggested the Mexican government could seal its southern border with Guatemala, crack down on domestic terrorist organizations and make Mexico a safe place for migrants seeking to apply for asylum.

“There are specific things that the Mexicans can do,” he said on Fox.

Economists and business groups are sounding alarms over the tariffs, warning they will hike the costs of many Mexican goods that Americans have come to rely on and impair trade.

But Mulvaney downplayed those fears, saying he doubts business will pass on the costs to shoppers. “American consumers will not pay the burden of these tariffs,” he said.

He also suggested the tariffs were an immigration issue, separate from the trade deal the United States is trying to negotiate with Mexico and Canada.

The tariff threat comes just as the administration has been pushing for passage of the United States-Mexico-Canada Agreement, which would update the North American Free Trade Agreement.

Several top GOP lawmakers have expressed concerns that Trump’s tariff threat could upend that deal. The chairman of the Finance Committee, Sen. Chuck Grassley of Iowa, said last week the tariffs would “seriously jeopardize” passage of the USMCA, which needs approval in Congress.

The Pentagon has told the White House to stop politicizing the military, amid a furor over a Trump administration order to have the Navy ship named for the late U.S. Sen. John McCain hidden from view during President Donald Trump’s recent visit to Japan. The Navy has admitted to receiving the request to hide the McCain warship.

Shanahan confirmed details about a Navy email that said the White House military office wanted the USS John McCain kept “out of sight” when Trump was in Japan about a week ago. The internal Navy email came to light last week, triggering a storm of outrage.

Trump, who long feuded with McCain, has said he knew nothing about the request, but added that “somebody did it because they thought I didn’t like him, OK? And they were well-meaning, I will say.”

Shanahan told reporters traveling with him to South Korea on Sunday that he is not planning to seek an investigation by the Pentagon’s internal watchdog into the matter “because there was nothing carried out” by the Navy. He added that he still needs to gather more information about exactly what happened and what service members did.

“How did the people receiving the information — how did they treat it,” Shanahan said. “That would give me an understanding on the next steps” to take.

Shanahan did not detail what those steps could be, but a defense official said Shanahan is considering a clearer directive to the military about avoiding political situations. The goal would be to ensure there is less ambiguity about how the military should support VIP events and how service members should respond to such political requests, said the official, who spoke on condition of anonymity to discuss internal deliberations.

Shanahan also said that he spoke with McCain’s wife, Cindy, a few days ago. He declined to provide any details.

The order to keep the Navy destroyer out of sight reflected what appeared to be an extraordinary White House effort to avoid offending an unpredictable president known for holding a grudge, including a particularly bitter one against McCain.

The McCain incident has dogged Shanahan throughout his weeklong trip to Asia, even as he tried to deal with critical national security issues involving the eroding U.S. relationship with China and the continuing threat from North Korea.

Shanahan, who has been serving in an acting capacity since the first of the year, has yet to be formally nominated by Trump as permanent defense chief. His speech to a major national security conference in Singapore on Saturday was a chance to audition for the job on the international stage.

A formal nomination has been expected, and Congress members have said they believe there will be a hearing on his nomination in the next month or so. The McCain issue is sure to come up, but it’s not clear how it may affect either his nomination or confirmation by the Senate. It may well depend on what steps he takes to respond to the matter in the coming days.

According to Shanahan spokesman Lt. Col. Joseph Buccino, Shanahan told his chief of staff on Friday to speak with the White House military office “and reaffirm his mandate that the department of defense will not be politicized.” Buccino said the chief of staff reported back that he delivered the message.

Asked what he has learned about the incident so far, Shanahan said he was told that despite the White House request, the Navy did not move the ship and that a barge that was in front of it was moved before Trump arrived. He said that a tarp that had been draped over the ship’s name was removed, but that it was put there for maintenance, not to obscure its identity.

Asked directly if members of his senior staff were aware of the White House request before the president’s visit, Shanahan said he’s been told they did not know. He also has said he was not aware of the request and that he would never have authorized it.

What is still unclear, however, is who at the Pentagon may have known about the request and either agreed with it or chose not to discourage it. It’s also not clear whether Navy leaders deliberately chose the McCain crew as one of the ships to be on holiday leave during Trump’s visit, or if other measures were taken to ensure that the McCain was not visible from where the president stood when he arrived on the USS Wasp to make remarks.

The warship, commissioned in 1994, was originally named for the senator’s father and grandfather, both Navy admirals named John Sidney McCain. Last year, the Navy rededicated the ship to honor the senator as well.