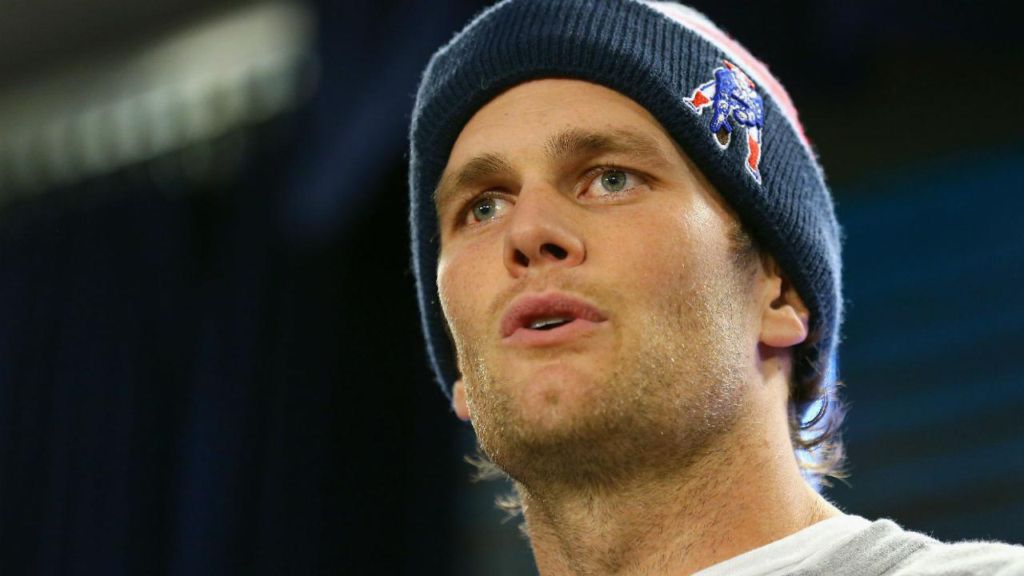 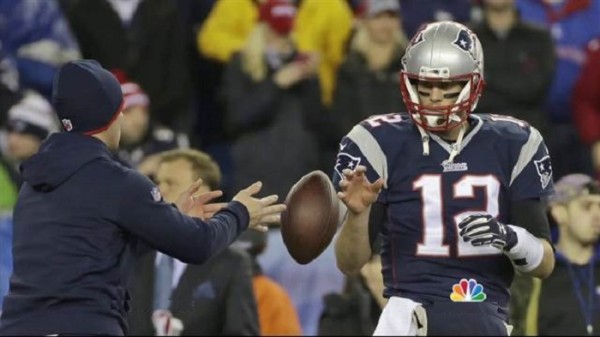 Check out all the major sports networks and you will find nothing but talk of Tom Brady‘s four game suspension resulting from the Wells Report. NFL.com’s homepage has nine headlines, five of which involve Deflategate. Last night on ESPN, they posted tweets from athletes commenting on Brady’s punishment and had seemingly every ESPN employee call in with their take. This story is not going away anytime soon folks. The more ridiculous it gets, the more momentum it seems to gather.

There are some commentators out there who are saying this is a black eye for the league, having one of its biggest stars outed (see “generally aware of cheating, probably”) as a cheater. Still other high and mighty analysts point to the “rule of law” and how no player can be above the so called integrity of the game. These people make me especially nauseous. Athletes have been looking for tiny edges ever since competition began. Football is an imperfect sport, played by imperfect people, in one of the most competitive environments on Earth. There have always been cheaters and always will be. It’s just harder to cover up even minor things like deflating a football in 2015 with cameras everywhere, everyone’s thoughts laid out in text messages to be later reviewed, and the collective mind of the internet asking tough questions after every single tiny controversy.

I for one am sick of talking about Deflategate. But it will not go away. I knew punishment was coming for Brady, so the reaction was bound to be all over the TV, radio, and web. I also knew he would be appealing, so this punishment phase is just getting started. No way Tom Brady acted innocent all this time since the AFC Title Game and was going to confess all he knew once the NFL came down on him with a four game benching, a million bucks fine to his franchise, and the loss of two draft picks over the next couple years. I had to sit through endless discussion yesterday on the NFL Network as they broke down the games that Brady would miss. We don’t even know he will miss those games yet! Everyone is already hyping up the “revenge” game against the Colts, which would be the first game back for Tom Brady if this suspension holds up. The NFL is loving this stuff.

I have to admit that it’s a big deal if Tom Brady has to sit out four games next year. The million dollar fine is chump change to Robert Kraft, but the first round pick they lose in 2016 is a significant loss. I have to believe that Brady’s suspension will at the very least be reduced. The Patriots won’t get out of their overall penalties since their equipment guys failed to use the Tony Soprano method of face to face communications instead of texting.

Yesterday’s news overshadowed everything else in sports including some good NBA playoff series. The NFL already dominates all other major sports in TV ratings and popularity. Now it seems there will always be an offseason story to take even more eyes off of baseball, basketball, hockey, and racing. With reporters on every corner, picking up on tiny details of every story angle, the NFL can stay in the forefront of the news cycle whenever they want.

Controversies like Tom Brady allegedly orchestrating some shady football tampering isn’t like having Ray Lewis accused of stabbing two dudes, or Aaron Hernandez whacking an acquaintance to cover up other possible murders. The Deflategate controversy really hurts no one but those naive people who still believe in some fictional holy sports world. Deflategate is just boys being boys and goes along with the old “ain’t cheating, ain’t trying” adage. 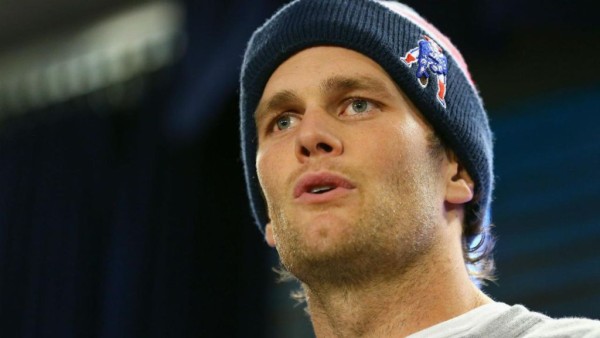 By the way, Tom Brady‘s punishment of four games missed is four more than the NFL levied at Ray Lewis after he made a deal to get out of his double murder charge. “Probably” telling some equipment guys to lower the psi of some footballs hurts the integrity of the game, but “probably” (allegedly) being involved in a double murder doesn’t harm the Shield I guess.

As this story continues to unfold, more and more minute details will come out as we all pick apart the Wells Report. Now there is some buzz about the two different air gauges used to test the footballs during the Colts game. If the same gauge wasn’t used to test the balls initially as the one to test them at halftime of that game, then that’s a big deal.

I can’t wait to hear all the comments today as more “enlightened” people let their thoughts leak out to the world. There were a few hypocrites clowning the Patriots last night as the news broke. Darnell Dockett weighed in with this tweet, “You have to the love the patriots. They do anything to win a Super Bowl. #mytypeofteam”. This is the same guy who wrenched the leg of an opposing running back in college at the bottom of a pile, causing the back to miss games. Anything to win, right Darnell?

If you are tired of Deflategate, you best stay away from all sports media for a while. It is here to stay for the foreseeable future. Until something more interesting comes along to grab the sports world’s attention, this is what we have to look forward to now. People were sick of Tim Tebow news back when ESPN was ramming his story down our collective throats a couple years ago. But the headlines just kept coming. Deflategate is the same situation. The NFL loves the attention, fans are interested (to a point), and the 24 hour sports channels need content to fill up the airwaves. Look for some form of controversy after next year’s Super Bowl. If you dig deep enough you can find a juicy story, and with all the mileage the NFL has gotten from Deflategate you can bet this is going to be a yearly phenomenon in one form or another.