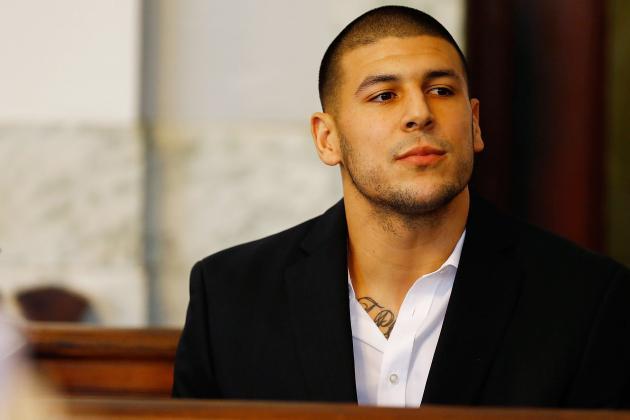 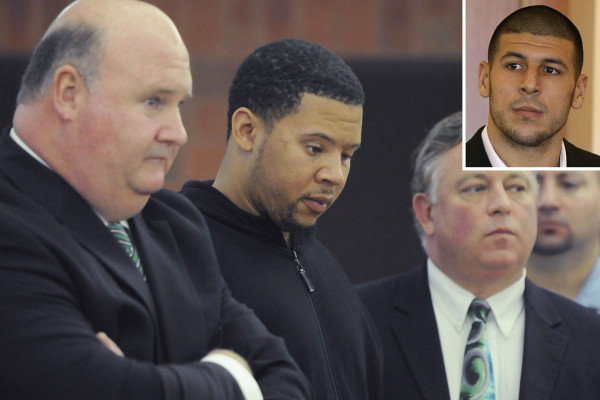 The story of Aaron Hernandez certainly wasn’t going to end after that first trial which found him guilty of murder giving him a life imprisonment sentence with no parole, now the former New England Patriots football star is facing an indictment for shooing his former right-hand guy, Alexander Bradley, in the face on February 2013. Many thought he’d get away with it, but things have quickly changed for the man who’s fortunes also changed at the drop of a hat.

Prosecutors announced an indictment Monday accusing Hernandez of shooting Bradley and leaving him to die in an industrial park near Riviera Beach, Florida. Bradley is believed to be a witness to the homicides of Daniel de Abreu and Safiro Furtado, and prosecutors say Bradley was shot by Hernandez after he made a remark about the double murder.

Hernandez was charged with one count under the state’s witness intimidation statute, according to the Suffolk County District Attorney’s office.

Although Bradley filed a federal civil lawsuit in June 2013 against Hernandez accusing him of shooting him, criminal charges were never filed because Bradley, until recently, did not cooperate with authorities, saying initially that he did not know who shot him.

The civil lawsuit is still pending. It was initially filed in Miami just days before Odin Lloyd was gunned down on June 13, 2013. 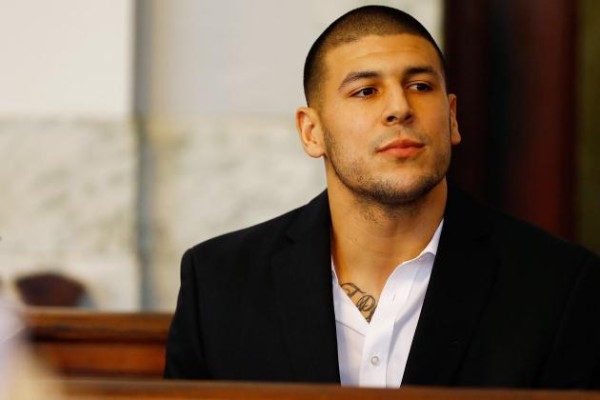 De Abreu and Furtado were fatally shot in a 2003 BMW outside a Boston nightclub on July 16, 2012. The deaths remained unsolved until January 2014, when a Boston grand jury indicted Hernandez for allegedly pulling the trigger. A break in the case came when an SUV sought by Boston police was found at the home of Hernandez’s cousin after Lloyd’s murder.

Hernandez, 25, faces two counts of first-degree murder, three counts of armed assault with intent to murder, and single counts of assault and battery with a dangerous weapon and unlawful possession of a firearm in relation to the July 2012 shooting.

Prosecutors say that earlier that evening at the nightclub, de Abreu accidentally bumped into Hernandez, spilling a drink. Court documents state that later that night, Hernandez was driving an SUV, pulled up alongside de Abreu and Furtado’s car near the nightclub and fired a .38-caliber revolver at them, killing them. Shots were also fired at three surviving victims, also in the car.

Bradley was with Hernandez at the club that night and when the shots were fired. He is expected to be a key witness against him during the pending murder trial. Bradley has never been publicly named by Suffolk County prosecutors because as a matter of policy, they don’t name surviving victims of violent crime.

Bradley testified as a prosecution witness against Hernandez in the Odin Lloyd murder trial, but he was forbidden by that trial judge from mentioning his own accusation against Hernandez. Instead, he told a jury that he saw Hernandez handle a .45 caliber pistol during that 2013 trip to Florida.

Prosecutors will file a motion to join his new charge with the De Abreu and Furtado double murder indictment, but Hernandez’s attorneys aren’t responding to any media outlets yet.

David Jaroslawicz, Bradley’s civil attorney, told news outlets he’s unaware of what Bradley might have said to Hernandez before his client was shot and questioned the decision to indict Hernandez now that the former New England Patriots tight end faces life imprisonment from the Odin Lloyd murder case.

A trial date for the double murder is expected to be set at a hearing in Boston on May 21. Hernandez is not expected to be present. An arraignment has not yet been set for this most recent charge, which carries a maximum sentence of 10 years.

Hernandez was found guilty of first degree murder in the death of Odin Lloyd last month. He was sentenced to life in prison without the possibility of parole.