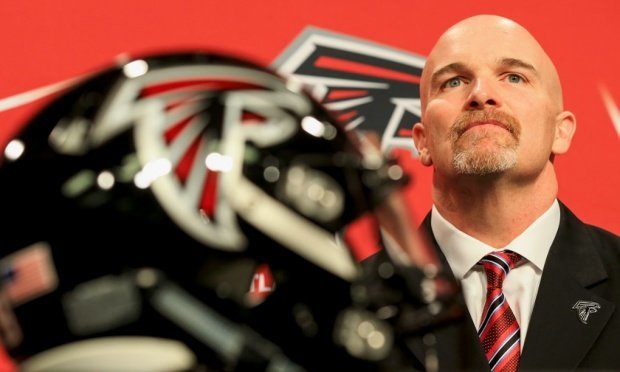 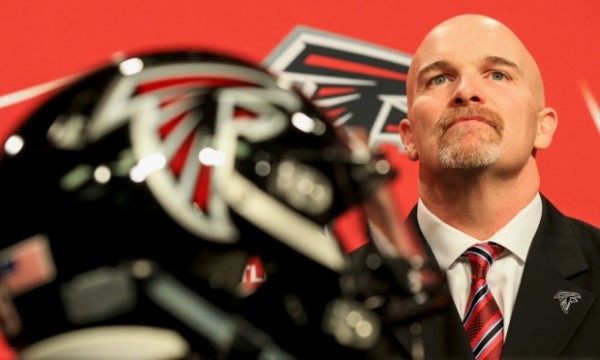 I have no doubt that Dan Quinn is a defensive guru, wizard, genius, and any other word that describes his ability to stop offenses. He proved his worth in Seattle the past couple of years. While the Seahawks’ defense got a lot of press because of Richard Sherman’s uncanny ability to move the needle when it comes to publicity, the defense truly was historically great. The numbers bear it out as does the fact that they went on back to back Super Bowl trips. Quinn faces an uphill battle in Atlanta and I’m not sure he knows exactly how tough a road he has ahead of him.

The Atlanta Falcons‘ defense is the opposite of Seattle’s. The Falcons D has been historically bad the past few years. I’m not digging into numbers with them, but as a Falcons’ fan I can tell you they have been atrocious the past two years. Not only could they not stop a nose bleed, to quote Bart Scott, but they couldn’t stop an opposing offense if they were allowed to tranquilize eight starters before each game. The reason for the awful state of the Atlanta defense is very complicated. I will try and break it down in the simplest way possible. I have used a couple of spreadsheets and wacky formulas to come to this conclusion, so stay with me here. Ready? THEY HAVE NO TALENT ON DEFENSE.

Dan Quinn may be the greatest defensive mind in the game and he still can’t turn crap into gold. Mike Smith was a solid defensive coach, having been with the Super Bowl winning Ravens in 2000 as the linebackers coach. Smith had little success with his defenses in the ATL. Atlanta is simply lacking the players needed to slow down, much less stop an opposing offense.

I hope Dan Quinn succeeds where Mike Smith failed. I have been a Falcons’ fan since I was old enough to be forced to get up and turn the TV by hand with the little knob and then go out and turn the antenna by hand if the station wasn’t clear. Hard times youngsters. No cable or dish for me as a five year old. The Falcons had very little to brag about back then either. There were a few good seasons here and there, but there was no consistency to speak of. No back to back winning seasons until Mike Smith arrived says it all about the history of the franchise. Let me say that again, no back to back winning seasons from 1966 to 2007! An accidental back to back 9-7 season seems more probable.

I am always a proponent of the players being the difference in football. I know coaches make a big impact, but the X’s and O’s can’t make up for a lack of football ability when the whistle blows. Let’s say that Dan Quinn’s football IQ is so high that he improves the Falcons’ defense by 20 percent. That still isn’t enough to make them into a real contender. Outscoring the opposition has been the plan for the past three years in Atlanta, which is not surprising considering GM Thomas Dimitroff came from New England. That plan worked one out of three seasons. The past two got Smith fired and should have cost Dimitroff his gig as well. 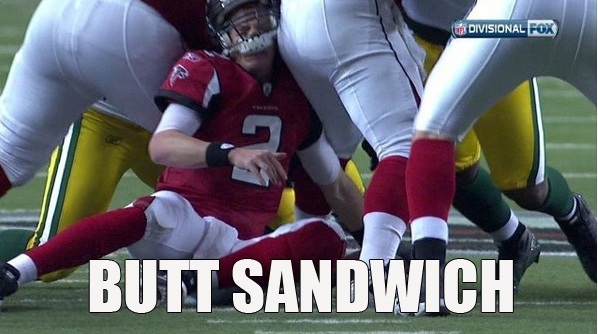 Quinn has not only the problems on defense to deal with, but he has an offensive line that is as bad as the defense. He has to fix that immediately. Having one of the best quarterbacks in the game matters not if he is running for his life game in and game out. The Carolina season finale was as bad an example of offensive line play as I have ever witnessed. If I had been Matt Ryan‘s dad I would have come down from the stands and asked to fill in for any of the inept guys that were letting my boy get pummeled.

So how does Quinn get better in a hurry? And make no mistake, it needs to happen in a hurry. He has the right guy at QB to win a Super Bowl, but Matt Ryan won’t be around forever. That window is always closing. Just ask Peyton Manning. One Super Bowl victory is all Peyton will ever get and he is one of the best to ever play the game. Dan Quinn obviously needs to have a good draft this year. That will set him up for the future. That is only part of the puzzle. How does he get better immediately? He needs free agents that are hungry and he needs to explore every possible trade scenario not involving Matt Ryan. That puts the target squarely on the back of #11. Julio Jones is a beast at wide out. I love him as a play maker even though I feel like he has underachieved thus far. But if the Falcons can go 6-10 with him, they can certainly do the same without him. 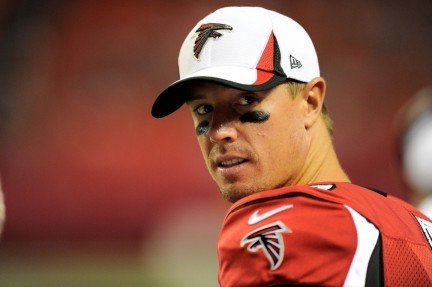 I don’t think Atlanta can get over on some hapless team the way Dallas did Minnesota in the Hershel Walker deal. I do feel like they could get some good pieces for Jones though. If Tom Brady can make some lesser name receivers look like All Pros then so can Ryan. If not then he is not the answer at quarterback. I believe he is though. Just look at the rookie standouts at wide receiver in 2014. Odell Beckham was a beast. Mike Williams wrecked defensive backfields. Kelvin Benjamin and Sammy Watkins were dominant rookies as well. If the Falcons can get value for Julio Jones, they should pull the trigger. Then they can roll the dice on a rookie replacement for Jones in the upcoming draft.

Dan Quinn comes into Atlanta with a heck of a resume, but he’s not bringing the Legion Of Boom with him. He has to create his own crew of defenders now. He has little to work with currently so he best not worry about X’s and O’s just yet. He can start implementing schemes once he has a decent lineup on the defensive side of the ball. Some drastic moves are needed to make that happen. We will see if management has the guts to make these moves.