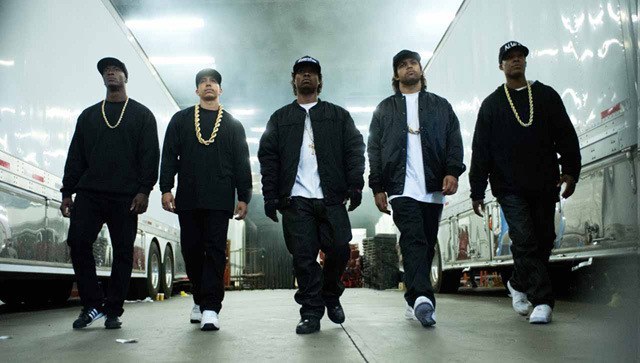 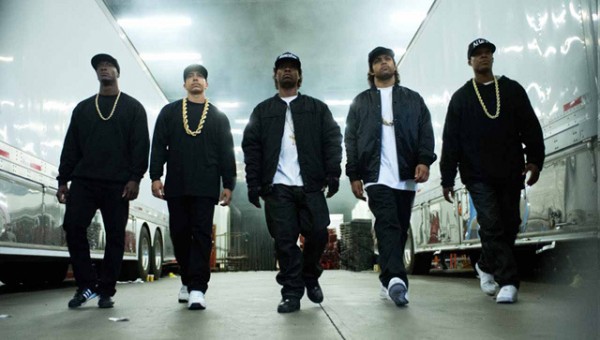 Every N.W.A. fans has wondered when their story would ever be told as they were truly a part of making history while also punching through cultures with their music. F. Gary Grey, who knows the subject well and you can see if in the first look trailer of “Straight Outta Compton” below.

F. Gary Gray’s “Straight Outta Compton” has just released the first look red band trailer which can be called an authorized account of the rise of N.W.A., the Hollywood Reporter reported today.

The first minute of the nearly four minutes long trailer features Ice Cube and Dr. Dre driving around their old neighborhood giving us a full background history of where N.W.A. came from. This also gives the film all the authenticity fans need to know that it’s not going to be a Hollywood type film where mistakes from the past are hidden and prettied up. This trailer shows us the grittiness and frustrations in the neighborhood during the very conservative 80’s.

As the trailer rightfully shows, the rise of N.W.A. was something the establishment wasn’t ready for, and when the frightening portrayal of urban life was shoved in their faces, they didn’t know what to do. It follows up to the 1992 riots that came about after the Rodney King beating to show how everything in the country was coming to a head with such a culture clash.

Tragedy has already struck the film during a promotional shoot when Suge Knight showed up a few miles away and got into a deadly altercation resulting in the death of Terry Carter. Cle “Bone” Sloan was badly injured when Knight allegedly ran over him with his car. Knight is currently being held until today where he’ll have his bail hearing. Bail was originally set at $2 million after Knight turned himself in on Jan. 30, but it was revoked just days later when a bail commissioner said that the 49-year-old rapper was a possible flight risk. 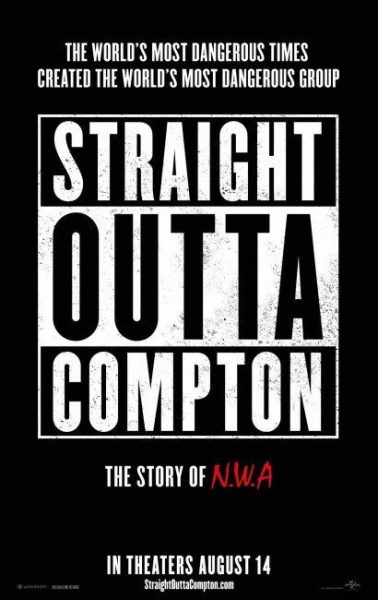 For those not familiar with N.W.A. here’s the full synopsis:

In the mid-1980s, the streets of Compton, California, were some of the most dangerous in the country. When five young men translated their experiences growing up into brutally honest music that rebelled against abusive authority, they gave an explosive voice to a silenced generation. Following the meteoric rise and fall of N.W.A., Straight Outta Compton tells the astonishing story of how these youngsters revolutionized music and pop culture forever the moment they told the world the truth about life in the hood and ignited a cultural war.

Starring O’Shea Jackson Jr., Corey Hawkins and Jason Mitchell as Ice Cube, Dr. Dre and Eazy-E, Straight Outta Compton is directed by F. Gary Gray (Friday, Set It Off, The Italian Job). The drama is produced by original N.W.A. members Ice Cube and Dr. Dre, who are joined by fellow producers Matt Alvarez and Tomica Woods-Wright. Will Packer serves as executive producer of the film alongside Gray.