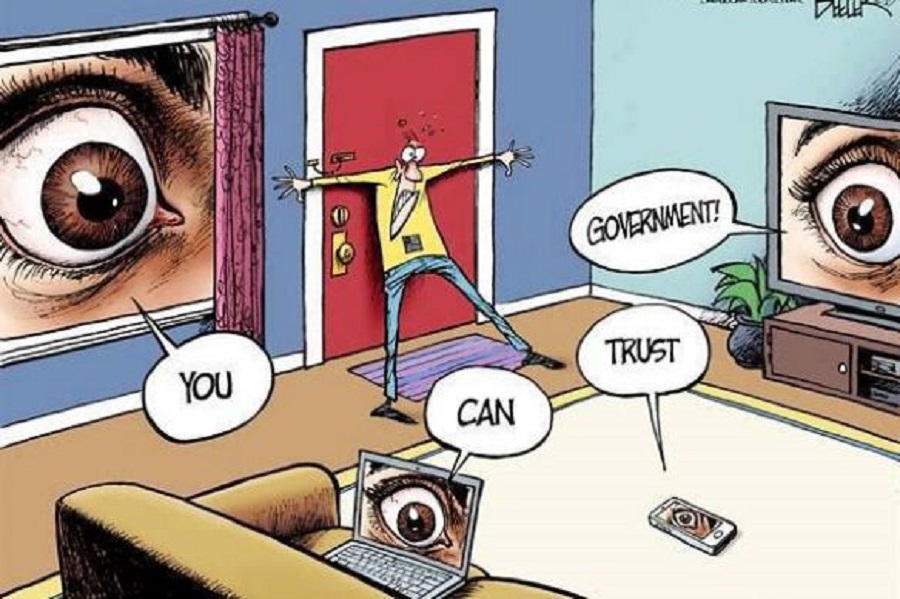 We’ve seen the sci-fi and political conspiracy thrillers where our every move is being tracked, but now that our appliances are being used as a form of witness in a murder, it has many wondering just what they’re listening to and storing on us.

Alexa, are you spying on me?

It’s a fair question in light of attempts by authorities investigating the slaying of an Arkansas man to obtain voice recordings collected by an Amazon Echo speaker and its Alexa digital assistant.

Yet the popularity and capabilities of voice-enabled products such as the Echo continue to grow. At the CES gadget show in Las Vegas, which opened Thursday, Whirlpool, Samsung and other manufacturers are unveiling new ways to use voice services to control laundry machines, refrigerators and other home systems.

Consumers are apparently willing to trade a certain amount of privacy for convenience.

So what exactly is being collected, stored or shared?

To work, the Echo is always listening. Once it hears someone utter a keyword, such as “Alexa,” it shares what it hears with Amazon’s servers to process a response. Those conversations are then stored indefinitely. Google‘s Home speaker works in a similar fashion.

The Echo “has to listen to everything. That’s kind of disturbing,” said Ryan O’Leary, vice president of WhiteHat Security’s threat research center. “It doesn’t capture voice until it hears the keyword, but it could. You’re trusting the devices to not do that, but it’s entirely possible.”

In the Arkansas case, authorities investigating the death of a man found floating face-up in a hot tub at a friend’s home requested the contents of the home’s Echo and Amazon’s stored recordings in hopes they might contain evidence. The friend is charged with murder.

A judge has signed off on the search, but Amazon has balked. Amazon has declined to comment specifically on the case but said the company objects to “overbroad or otherwise inappropriate demands as a matter of course.”

Some experts worry that allowing such a search would erode people’s privacy.

“It’s not necessarily a direct threat for the average person, but the same thing can be said with any kind of privacy concern,” O’Leary said. “People say you shouldn’t be concerned if you’re not doing anything wrong, but that’s a dangerous precedent to set.”

Meanwhile, companies keep asking consumers to invite them into their homes. 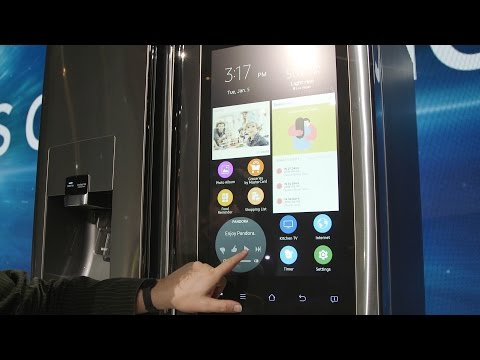 Whirlpool is adding Alexa voice control to its smart-home appliances, including a washing machine, a stove and a refrigerator. Someone can instruct the oven to pre-heat to 400 degrees by speaking a command to an Alexa-enabled device, such as the Echo.

Simplehuman has a voice-activated trash can, and GE Lighting has a table lamp using Alexa voice control.

For now, voice control is mainly an add-on feature rather than a core component of gadgets. It’s there for those who want to use it, but it’s not essential for the product to function.

Many manufacturers are opting to use Amazon’s Alexa service for now, though some are embracing voice systems from Google, Apple or Samsung.

CES chief economist Shawn DuBravac said as many as 700 companies could announce Alexa-integrated products during the gadget show, on top of more than 1,500 existing ones.

As the smart home becomes more entrenched, DuBravac said, voice control could change the way we interact with technology in much the way the mouse did in the 1980s.

“Connected microphones are starting to appear in everything from cars to children’s toys,” said James Plouffe, lead solutions architect at mobile-security company MobileIron. “Consumers should think carefully about how comfortable they are with the prospect of a live mic in common household items.”

Because Amazon says it uses information gathered by the Echo to improve its voice technology, that information has the potential to “live forever” online, Plouffe said.

The issue first grabbed headlines a couple of years ago, after Samsung said sensitive conversations could be captured by its voice-controlled smart TVs.

Based on the flood of new voice-controlled gadgets headed to market, tech companies are betting that consumers will get over their fears.

Derrick Dicol, executive director of Comcast‘s Xfinity home, which uses voice controls in its home automation products, noted that people had to get used to sharing their banking information online.

“This is less invasive than that,” he said. “It’s just a different thing people have to feel comfortable with.” 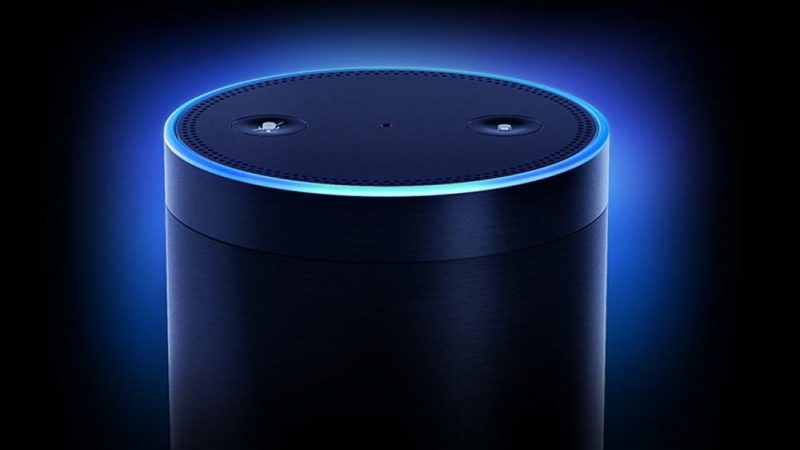 Amazon doesn’t have an official presence at the CES gadget show in Las Vegas but its Alexa voice control software seems to be everywhere.

Whirlpool is adding Alexa voice control to its suite of smart-home appliances, including a stove and refrigerator. With that capability, someone can instruct the oven to pre-heat to 400 degrees by speaking a command to an Alexa-enabled device, such as Amazon’s Echo speaker.

Jason Mathew, senior director of global connected strategy for Whirlpool, says voice is “the most natural way to interact with a product.”

Other gadgets that include Alexa: Sensory and OnVocal are both launching headphones that incorporate Alexa. Simplehuman is announcing a voice-activated trash can. And GE Lighting is launching a table lamp that includes Alexa software.

Amazon has an edge on the market for now because its software has been out longer, but Google’s and Apple’s systems are catching up. Mathew says “Amazon is the most mature, but we expect to offer other options in the future.”