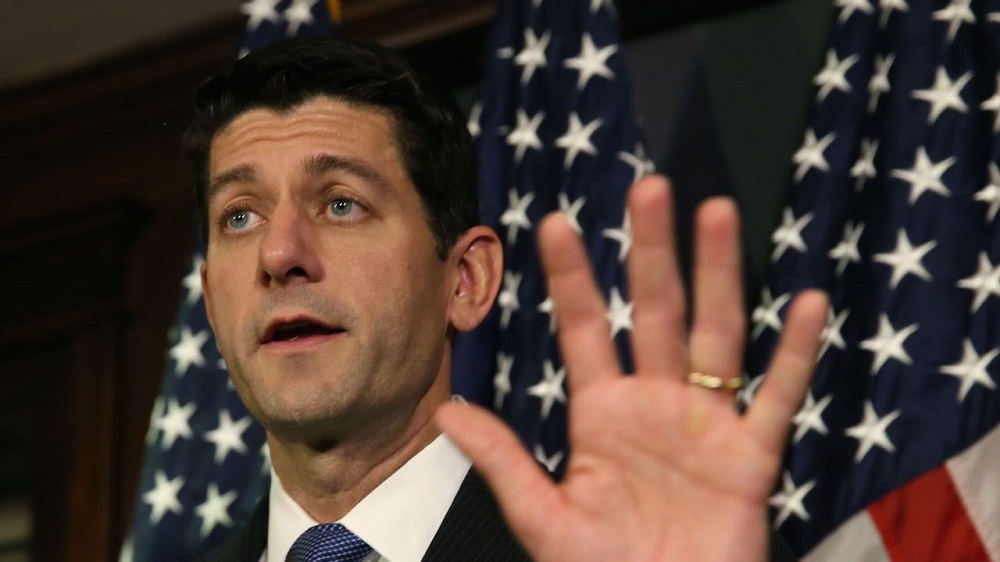 Defunding Planned Parenthood has long been the Republican parties dream, and Paul Ryan was quick to announce on Thursday that they would be doing that despite the uphill battle they expect from Democrats.

What is most frustrating for many people is that while Republicans always seem to worry about the future of unborn children; once they are born, they are quick to forget about them.

House Speaker Paul Ryan said Thursday Republicans would strip federal dollars for Planned Parenthood as part of the GOP effort to repeal the health care law, prompting an outcry from the century-old organization and Democrats.

Ryan spoke a day after a special House panel issued a report criticizing the organization, which provides birth control, abortions and various women’s health services, for its practices regarding providing tissue from aborted fetuses to researchers. The Wisconsin lawmaker’s comments, while expected, were the first official word that repeal legislation would also renew the congressional assault on the group.

“The Planned Parenthood legislation would be in our (repeal) bill,” Ryan said.

Last year’s Obamacare repeal measure also contained the effort to defund the group, which receives government reimbursements from the Medicaid program for non-abortion health services to low-income women. It also receives reimbursements for contraception services from a different government account.

The defunding measure would take away roughly $400 million in Medicaid money from the group in the year after enactment, according to the nonpartisan Congressional Budget Office, and would result in roughly 400,000 women losing access to care. One factor is that being enrolled in Medicaid doesn’t guarantee access to a doctor, so women denied Medicaid services from Planned Parenthood may not be able to find replacement care.

“This is a priority for the Republicans,” said House Minority Leader Nancy Pelosi Thursday afternoon. “So I just would like to speak individually to women across America: this is about respect for you, for your judgment about your personal decisions in terms of your reproductive needs, the size and timing of your family or the rest, not to be determined by the insurance company or by the Republican ideological right-wing caucus in the House of Representatives. So this is a very important occasion where we’re pointing out very specifically what repeal of the (Affordable Care Act) will mean to woman.”

“Defunding Planned Parenthood is dangerous to people’s health, it’s unpopular, and it would leave people across the country without care,” said Planned Parenthood President Cecile Richards. “They cannot afford to have basic reproductive health care attacked. Planned Parenthood has been here for 100 years, and we’re going to be here for 100 more. “It’s likely no accident that this attack was launched the day after Vice President-elect Mike Pence, a long-time opponent of Planned Parenthood, held a closed-door meeting with Speaker Ryan and the Republican leadership.”

President-elect Donald Trump sent mixed signals during the campaign about the organization. He said “millions of women are helped by Planned Parenthood,” but he also endorsed efforts to defund the group. Trump once described himself as “very pro-choice,” but now opposes abortion rights.

Cutting off Planned Parenthood from taxpayer money is a long-sought dream of social conservatives, but it’s a loser in the minds of some GOP strategists. Planned Parenthood is loathed by anti-abortion activists who are the backbone of the GOP coalition. Polls, however, show that the group is favorably viewed by a sizable majority of Americans – 59 percent in a Gallup survey last year, including more than one-third of Republicans.

The vast majority of federal money that Planned Parenthood does receive funds preventive health care, birth control, pregnancy tests, breast cancer screening and other womens health care services. Democrats also point out that much of the money the group received is through the Medicaid program, which reimburses health care clinics that provide care to those covered by the federal program.
Under the “Hyde amendment” that is attached to annual funding bills, no federal money is allowed to go to programs that include abortion services, unless they are needed to preserve the life of the mother or are caused by rape.

The defunding effort could also complicate Obamacare repeal in the Senate, where at least one GOP member – Susan Collins of Maine – cited the defunding language in opposing the repeal effort in late 2015. Last year’s elections thinned Republican ranks in the Senate to 52, so only a handful of GOP defections are possible if the repeal measure is going to pass.

Asked Wednesday about party efforts to tie the effort to defund Planned Parenthood to Obamacare repeal, Collins said, “that’s of concern to me as well, but I don’t want to prejudge what’s in the … bill.”

Most GOP lawmakers have long opposed Planned Parenthood because many of its clinics provide abortions. Their antagonism intensified after anti-abortion activists released secretly recorded videos in 2015 showing Planned Parenthood officials discussing how they sometimes provide fetal tissue to researchers, which is legal if no profit is made.

A supporter of the defunding effort said it may not have much of an effect on the number of abortions performed in the country, but that federal dollar to Planned Parenthood indirectly support abortion.

“A lot of the ongoing support in the structural finances for Planned Parenthood goes to build the buildings, the infrastructure that provides abortion,” said Sen. James Lankford, R-Okla.