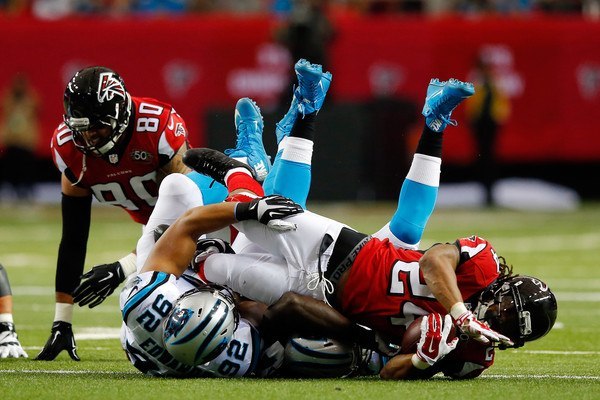 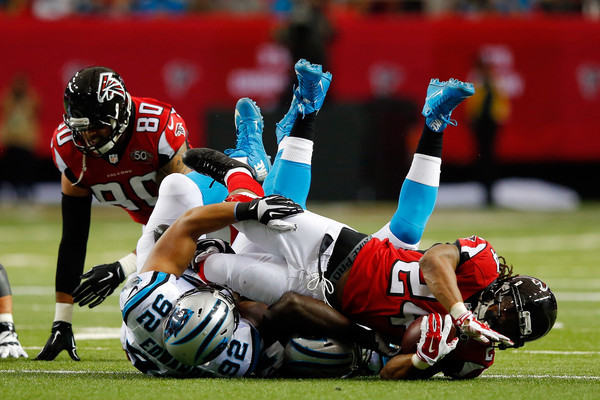 It wasn’t pretty, but then again the first time normally isn’t. After becoming only the fourth team in NFL history to start out 14-0, the Carolina Panthers dropped an ugly one to the Atlanta Falcons (the same team they beat 38-0 just two weeks ago) by a score of 20-13. Dabbin’ Cam and the gang are now 14-1.

At this point in the season, it seemed pretty clear that the Panthers were not good enough to go 19-0. With only the Falcons and Tampa Bay Buccaneers left on the schedule, I thought they would manage 16-0, but a Super Bowl is out of the question.

But why? Well, let’s compare it to the last team to start out 13-0 and actually win the Big Game—the 2009 New Orleans Saints.

First, Panthers fans shouldn’t worry about this loss. Divisional games are impossible to call whether you’re 0-16 or 16-0. Just look at the St. Louis Rams. They have a winning record within the NFC West, including a sweep of the 9-6 Seattle Seahawks and a victory over the 13-2 Arizona Cardinals, and a losing record against the rest of their opponents.

Hell, even the 13-1 Saints dropped a close one to the Bucs in overtime. They lost in Week 17 to the Panthers to finish the regular season at 13-3.

Here’s the reason Panthers fans should panic heading into the playoffs: y’all have zero statement wins. I mean, the wins over the Saints were impressive, but once again, division games are hard to measure.

Outside of those, nothing. They topped the Seahawks and Green Bay Packers, but that’s not nearly as groundbreaking as it would have been a season ago. This team has had six victories of seven points or less—as soon as those start turning the other way, as they did Sunday, the Panthers are in trouble.

The 2009 Saints blew everyone out (for the most part) with defining victories over the Detroit Lions, Philadelphia Eagles, New York Jets, New York Giants, and New England Patriots. They also showed the ability to play from behind against the Miami Dolphins, Atlanta Falcons, and Washington Redskins.

This Carolina team looks lost when losing. They simply couldn’t handle it. They tore apart at the seams. Cam Newton reverted to his childish behavior. Nothing bounced their way.

I really thought that would happen in either the Divisional Round of the playoffs or the NFC Championship Game, but instead, we got a little sneak peek of what’s to come.