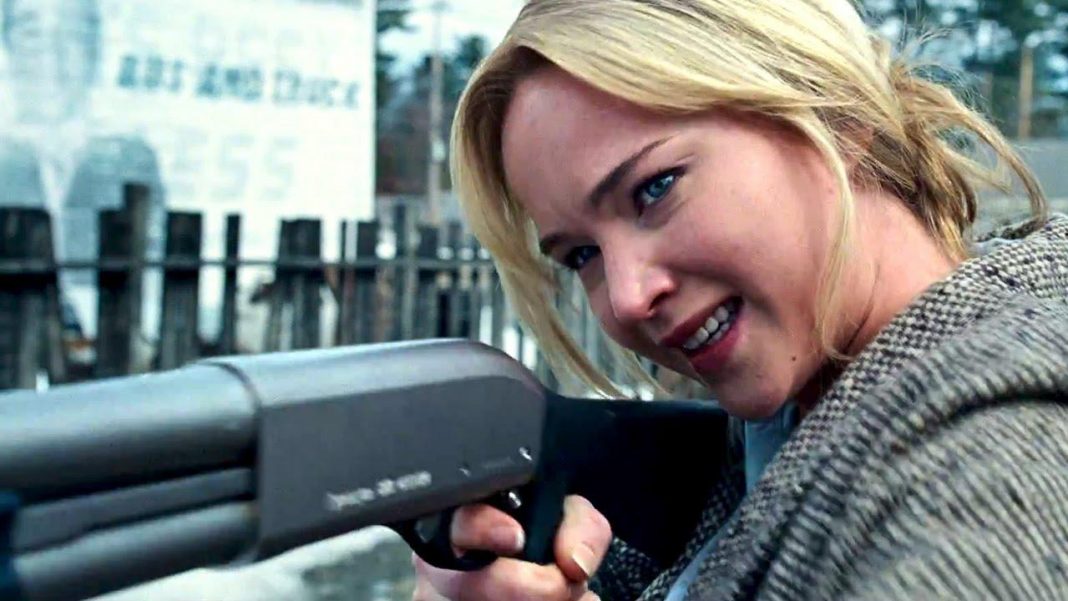 This holiday season, and every holiday season for that matter, we are hit with a lot of feel-good movies. The end of the year is one of the best times for films because it seems like studios wait until then to give us the dramatic Oscar contenders. You know, the ones that make us laugh, cry and totally change our moods. Going into the New Year, we can all use a little motivation I am sure and if you are looking for a bit of inspiration to jumpstart your 2016, Jennifer Lawrence’s newest movie Joy may be just what the doctor ordered.

Let me start off by saying that I am not particularly a J-Law fan as I am usually not impressed by her acting, but I have to say that her turn as Joy is probably the best I have ever seen her act. That may be a stretch to some people, but I typically don’t jump on the bandwagon of an actress or actor because of the hype and I think that she is definitely hyped. So seeing her in this very real, very transforming role, I give her props. Now on to the story.

The story is based on the real-life events that lead to Joy Mangano becoming a multi-millionaire thanks to the home shopping network. Her plight was not without its hang-ups and downsides, but the moral of the story is- she made it.

The movie opens up with a dedication to women everywhere who have ever had to overcome obstacles, which is essentially the message of the film- overcoming adversity.

That is what you ultimately walk away with after seeing Joy. Now a lot of critics aren’t feeling it and put more of the blame of the unevenness of the film on director David O’ Russell, but mixed into what others cannot get past is a strong message that speaks to the heart of who we are as people- resilience.

I am going to tell you that this movie kept my attention majority of the time, and I will even admit to bursting into tears, literally, during a pivotal moment in the story. What happens when Joy actually sells her mops touches you because the emotion she expresses is real. Who wouldn’t lose their breath and cry with happiness seeing something they worked so hard on sell? It’s a sigh of relief that everything worked out. It’s the excitement that “this is actually happening.” It’s the realization that you can do what you set your mind to do because dreams, with hard work, really do come true.

This isn’t sappy, corny stuff. This is real stuff because depending on where you are in your life, the tone and purpose of the movie will resonate with you. It did for me. I found myself comparing Joy’s journey, from the time she was a child to adulthood, to my own. Considering all the things I believed I would do or what people told me I could do as a child and looking at where I am now, it’s a stark contrast. Not necessarily bad, just different. How many of us can say that we are doing right now at this moment or have done the things we set in our hearts to do when life was simple and kind to us?

Again, this isn’t sappy stuff. It’s the stuff that powerhouse people are made of that change lives and change the world.  We can glean so much from Joy’s rise to self-sufficiency.

I am not hyping up this movie as much as I am telling you what you should get out of it. I mean, to each its own of course, but if you walk away from Joy without some kind of reconsideration of the world around you or your own ability to change your life, you didn’t give it a real chance.

I will admit, that there are characters obviously included for the sake of shaking this up, her sister being one of them. And I’d be lying if I didn’t say at times her presence feels forced. But regardless if things went down in real life the way they are portrayed in the film, the conflict her sister poses is another obstacle Joy has to overcome and one that many of us would have to as well on our road to success.

The bottom line is Joy is solid, and it is watchable and it is touching. I give it 3 ½ out of 5.