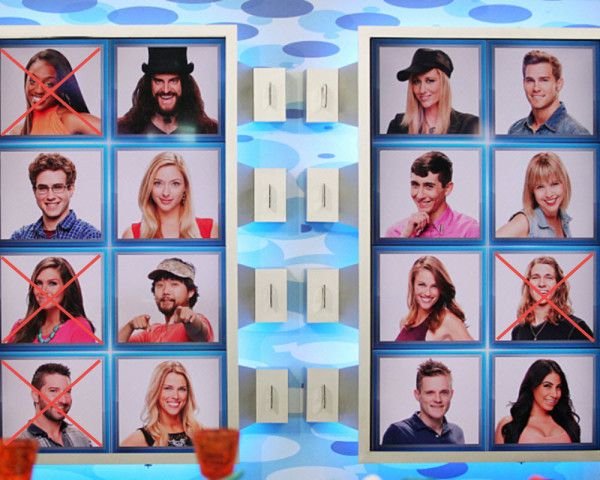 It was nearly unanimous on last night’s episode of Big Brother, and Julie Chen said Audrey’s allies have turned against her and speculated that Audrey might leave the house without being evicted. Jason said it was Audrey’s turn to get evicted anyway. Meg questioned whether or not Audrey would show up for eviction.

Steve said he has no issues with Audrey as a person. Austin said he was angry at Audrey for walking out because being on Big Brother is a once in a lifetime opportunity. Jason said he wanted to see Audrey go out with her head held high.

Audrey came out of the diary room and Julia said she was shocked Audrey was still there. James said he thought she might be too emotional to handle the game anymore. James made an omelette for Audrey to try and make her feel better.

Julie Chen announced a Whackstreet Boys live performance for the other housemates and live studio audience. 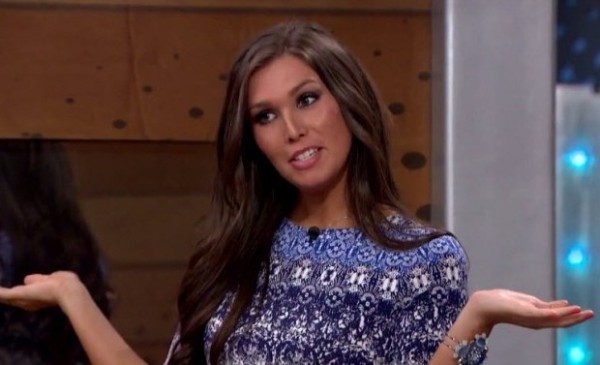 Audrey said her family was probably overwhelmed at all the attention she was probably getting at home for being on Big Brother. Audrey’s dad and mom said everyone accepted her for making a gender transformation. Audrey’s mom said she was already playing the game in the beginning while the other housemates were just getting to know each other. Audrey’s dad said she intended to set the pace for the game.

Audrey told viewers where to find her on social media and she said it was an honor to be in the game and to have had the other housemates embrace her from day one of the game. She said she thought they wanted her gone for weeks now. John gave a shout out to Jason and Julia and he said he was having fun and it would be awesome if they wanted to keep him in the game. 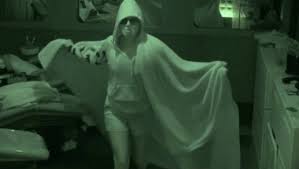 Clay, Vanessa, Jason, Becky, Jackie, Steve, Julia , Meg and James voted to evict Audrey while Austin voted John for eviction. Audrey walked out without saying good bye to everyone. Julie Chen pointed out that Audrey said she was the first transgendered competitor in Big Brother history. Audrey said she was surprised that the other house guests embraced her with open arms after learning she is transgender. Audrey said she will always remember competing in the game. She said that playing the game was harder than she thought it would be and it was a very emotional game. Audrey said Vanessa was justified in turning against her but Shelli and Clay weren’t. Audrey admitted trying to plant seeds of doubt about Vanessa. John said Audrey played the game very hard the first few weeks. Jason called her a fighter and manipulator and he said he voted her out for Da’vonne. He did thank her for telling her story in the house and wished her good luck. 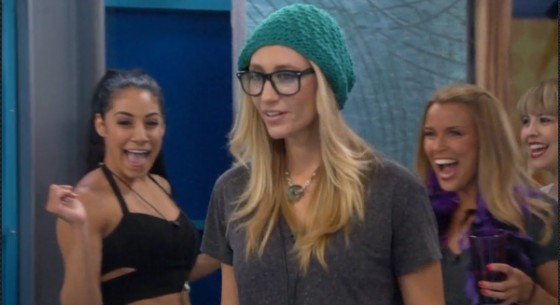 This week’s head of household competition started with Steve vs Jason. Songs were played that identified each competition in the game and house guests had to match up the competition with the song that represented it. Jason won the first round and chose John and Austin to compete in round two. Austin won the second round and Austin chose Jackie and Becky for the third round. Jackie won the third round and Jackie picked Liz and Vanessa for the fourth round. Vanessa won round four and Vanessa chose Jackie and Meg for round five. Jackie won round five and picked Austin and James four round six. James won round six and picked Vanessa and Clay for round seven. Vanessa won round six and chose James and Jackie. Jackie won the first head of household space for next week. Then it was down to Vanessa and Jason. Vanessa and Jackie are now the new heads of household.

Julie Chen talked to Britney Hanes, the most popular Big Brother contestant to date. She asked Britney how it feels to be a mother of two and she said loves it and it is the most rewarding and amazing thing. Julie Chen told the audience that Britney said this season of Big Brother is her favorite one ever. She said the contestants for this season are making her a fanatic for the show all over again. She said she loves Jason and his sense of humor and that she really likes Vanessa as a player. Britney said John is her favorite contestant this season. Britney said the twin twist went in a completely different direction than she thought it would. Julie Chen asked Britney who she thinks will win this season of Big Brother and she said she thinks Vanessa has a great shot at winning.