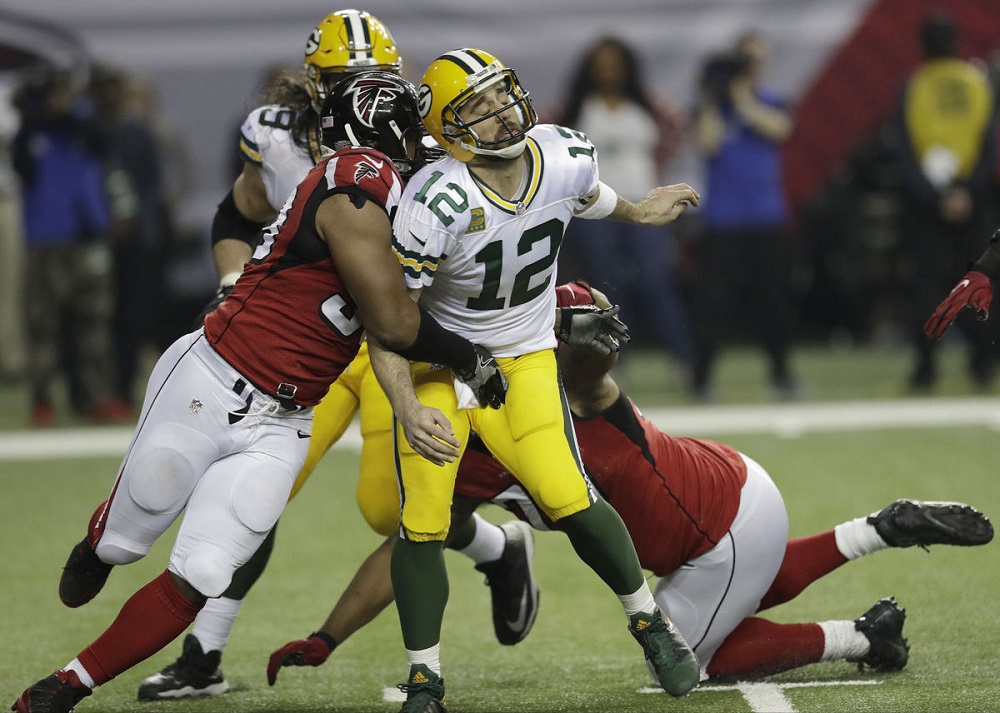 No hot streak lasts forever in sports, even for Aaron Rodgers. The longer a streak goes, the more likely it is to be broken actually.

I’m not sure that is a statistically accurate fact, it just sounds right, and I heard it from an old school NBA commentator back in the day.

One fact that is accurate is that the Green Bay Packers are not headed to Houston for Super Bowl 51. Matt Ryan and his Atlanta Falcons are gonna get their shot at the Super Bowl Belt.

This NFC Championship contest was no contest at all.

Actually, the Packers’ stockholders, who own the team, should have collectively thrown in the towel at the end of the first half.  It was a bloodbath.

Of course, this game could have been close if not for a play here and there early. Game of inches and all.

Specifically, this one turned on a dime with Atlanta’s Jalen Collins made the defensive play of the postseason. Collins ripped the ball from Green Bay’s fullback, Aaron Ripkowski, then recovered it himself. Yet, the biggest part of the play was Collins having the football wits to roll into the endzone as if his momentum caused the touchback.

If not for that slick decision, the Falcons would have started the drive on their own 1-yard line instead of the 20.

After Collins stopped the Packers’ drive in the red zone, Matt Ryan marched his team down the field for a touchdown to make it 17-0.

Granted, Falcons fans like myself had visions of the 2012 meltdown in the Dome in which we blew a 17-point lead to San Francisco; this was not the same team.

Kyle Shanahan kept his foot on the gas while the defense kept their foot on the throat of the Packers offense.

Aaron Rodgers didn’t stay clean in this game. #12 was popped on numerous occasions by a vastly improved defense over the one he faced in week eight.

Rodgers is now 0-4 against Dan Quinn as a head coach and defensive coordinator.

Perhaps Seattle’s fall off is a direct result of Quinn leaving the west coast for Atlanta. His arrival is certainly the reason for the Falcons’ defensive turnaround this season.

Full credit to the Packers defense for controlling Atlanta’s running game. Devonta Freeman and Tevin Coleman were held in check early on, even though they eventually racked up numbers as the game wore on.

It was the Green Bay secondary who got slaughtered, giving up nearly 400 yards in the air. Julio Jones did most of the slaying with 180 yards receiving, but seven other receivers had catches as well.

The Pack had no answer for Mohamed Sanu in the first half. And in the second half were eviscerated by Jones who had the touchdown of the playoffs on his 73-yard rumble over two helpless defenders. 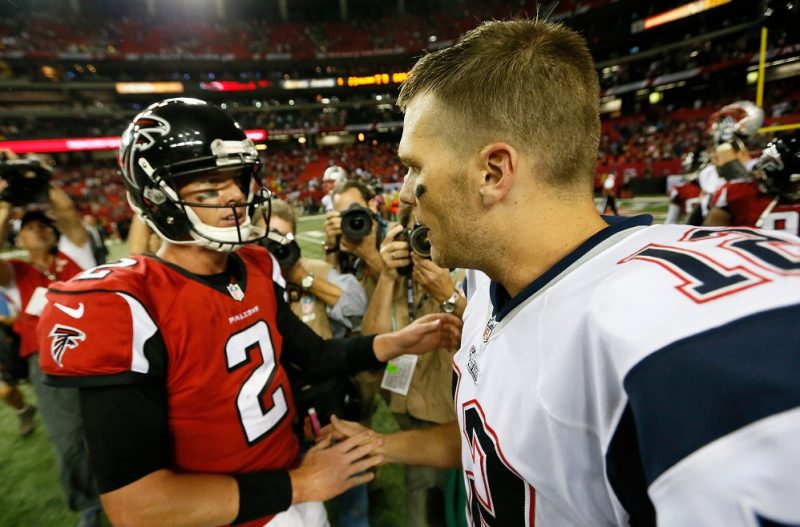 As for hot streaks, Matt Ryan’s continues. The difference between his streak and Rodgers’ was the people around him. Ryan has real weapons. Rodgers had guys he had to “throw open,” and no true running back.

Falcons fans hope Ryan’s MVP run stays alive for one more game this season. Atlanta gets its second shot at a Super Bowl Title in franchise history. The last coming in 1998 when the team lost to the Denver Broncos, led by their Hall of Fame quarterback John Elway.

Winning a Lombardi Trophy for Arthur Blank will be no easy task of course. Winning a world title in the NFL never is.

Without a doubt, they will be facing the most successful team in NFL history. Beating Aaron Rodgers was a big deal.

Taking down Tom Brady and Bill Belichick in their seventh Super Bowl appearance will take another performance like we saw in the Falcons’ finale at the Georgia Dome.