One of our tech writers recently submitted a piece on Apple‘s iOS 8 Beta, but I’m wondering how much testing was actually done since the fifth update has recently come out and man this thing is crashing harder than a Windows 8.1 update. Below is what she wrote about her experience with it, but this is what I experienced which differs considerably from what she wrote.

Hers was more of an overview of what to expect with the latest new app, but after hearing about all the app crashes that happened with beta 4, I’m assuming she had a much earlier version.

Apple’s website notes that app crashes aren’t ironed out with any new major iOS version until they get closer to the public release. In their words: “Every year this happens, and each time we remind our readers that it is down to third-party app developers to resolve such issues. However, Apple will not allow these third-party app developers to work on making iOS 8 compatible apps until closer to its public release.”

The company will be releasing its two final beta versions of iOS 8 finishing off the dog days of summer. Beta 5 will be ready for developers on August 5, 2014 and beta 6 will hit August 15. This is looking to be the final incarnation before iOS 8 Gold Master (GM) which should be hitting in September. This update promises to fix many issues created by bugs from the previous versions.

So far, the only device that hasn’t made the final list for iOS 8 compatibility is the iPhone 4. This comes as no surprise as the iPhone 4 is no longer available in stores. So now read on, about what to expect in the latest bug free iOS 8 below: 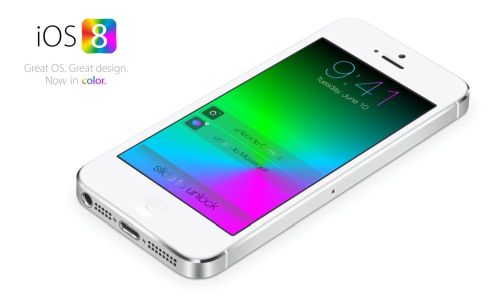 Apple with its the most advanced operating system iOS 8 has now just released some more details about its iOS 8 beta 4 version. The new update brings more design enhancements and bug fixes in its previous version. iOS 8 latest update to beta 4 is available for download from Software update settings in those iphone, iPad, iPod devices which are currently running on iOS 8 platform. Apple has now added some new features with iOS 8 like health tracking, better messaging service, efficient mail messaging and photo editing. The company rolled out beta 4 update with a new built in application called as Tips for developers on Monday, 21st July 2014.

In addition to this new Tips application, the new version comes with a redesigned control centre and has added new menus in settings option which includes separate panels for display control, brightness control and wallpaper. Although the control center settings are not the major changes, this Tips app is the latest addition in update. Tips is designed to give users some of tricks of using iOS 8 latest features. This application will be updated on weekly basis with giving new tops from Apple on how to use its new features. The app shows some navigation shortcuts or tutorial indicating some pop up messages on how to get most out of Apple Features.

iOS8 is still new for many users and people have already complained to Apple about difficulty in using and adapting some of the new features. With such concerns coming, Apple has now made this application keeping in mind that iOS 8 is understood easily for any beginner. Apple is now pushing everyday with latest updating mechanism. iOS 8 debut look last year has some new features. Since its announcement with launch of new iphone, Apple has steadily added some new features and apps of periodic basis. Apple blogs picked up with new latest release of iOS beta 4 version update. iOS is supposed to be much awaited operating system with some ground breaking features and usage. In the latest version update, Apple has shown some tricks for devices on how to respond to iMessage or how use Siri without using push buttons.

The new iOS version is available in the development center with only some of the registered developers are able to use and check the new iOS 8 beta features. The full version of its platform is soon expected to be released with the launch of next Apple iPhone 6. Also with this Apple has also released new developer preview version of upcoming operating system X Yosemite which it is expected to launch the new public beta version prior to its full launch later in the month of July.