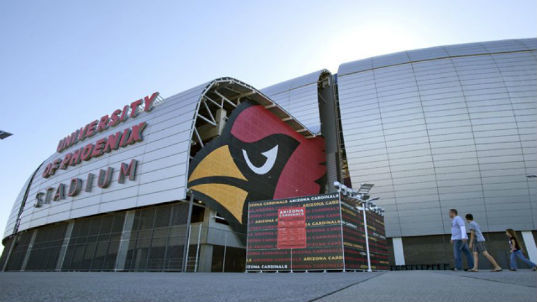 With each new NFL season, fans can begin to dream of playoff runs and even a trip to the big game at the end of it all. The NFL draft along with free agency can bring back the most bitter fan to a place of hope. And in a league built to give each team a chance to improve in a hurry, it makes sense for fans to get excited. Anything can happen over the course of a 16 game season. All that being said, I have to be realistic about who has the best shot to make it to Arizona for Super Bowl XLIX. Spoiler alert: Jacksonville fans can stop reading now. Now let’s have a look at the teams with the most realistic shot at a Super Bowl win for the 2014 NFL season.

The champs will be trying to repeat the feat from 2013. And as the Miami Heat found out in the NBA Finals, it is not easy to stay on the mountain top. Remaining hungry is the key for the Seahawks, as it is easy to get fat and satisfied. They do have a good chance to fight against that human nature of a let down in motivation. The Hawks have a super motivator in head coach Pete Carroll. Some people may see his persona as phony, but as long as his players buy into his enthusiasm, that is all that matters ultimately. Having a young QB would be a possible problem with most guys since a younger leader might see it as “easy” to win a Super Bowl after doing it shortly after getting to the NFL. However, Russell Wilson is not a regular quarterback. He is a pro’s pro with the work ethic of a mad man. Wilson is the type of leader it will take to win back-to-back Super Bowls, and everything I have seen from the guy tells me he is up to the task.

With an insane head coach like Jim Harbaugh, anything can happen with this team. Harbaugh is an awesome leader and can coach his ass off, clearly. But he was nearly shipped off by management in a weird trade scenario earlier in the off-season. Situations like that do not occur on winning teams unless there are major problems between management and the head coach. The bottom line is that the Niners have been in the past three NFC title games and were in one Super Bowl in the past three seasons. That makes them a threat to do it again. They have maybe the best overall talent in the league and a defense that is feared almost as much as Seattle’s. Even with the off-the-field management versus head coach stuff, this team could be on track for a Super Bowl win. They have knocked on the door the past few years, so don’t be shocked if they actually get a hold of that Lombardi trophy this time. I’d like to see it just to hear Jim Harbaugh give a wild-eyed post-game interview.

I would put my money on the Broncos to win the Super Bowl this year if they end up making it there…unless they play Seattle again. I have no problem with Denver against any other team, but I feel like they were so thoroughly trounced by the Seahawks that they would have a hard time forgetting that beat down from February of 2014. Peyton Manning is going to go fantasy crazy as usual and his team will dominate in the regular season. But it cannot be glossed over how many big games Manning has lost, no matter how much the mainstream media loves the quarterback. I cannot explain it, but there is a reason that he dominates in regular season contests, but falls short when it counts most. I would pay good money for a book that dove deep into what makes great players unable to perform at the same level when the importance of the games increases dramatically. Manning would be a good case study for such a book.

The Pack has a shot every year as long as they have Mr. Discount Double check running the show. Rodgers is the best QB in the game in my opinion. If the team can keep improving around him, I see no reason why Green Bay can’t get back to a Super Bowl this 2014 season. Rodgers was lights out after coming back a little soon from an injury to play in the playoffs last year. His receiving corp will be back full force again as well, and with an improving run game the Packers will be increasingly dangerous. Eddie Lacy seems to be the real deal, averaging 4.1 yards per carry in 2013. He has a really good back up with James Starks, the fifth year pro. All this offensive talent adds up to lots of promise once again, but with a defense that ranks 24th or worse in all the major stat categories, the Packers will need tons of scoring. It is a common problem in the NFL. Many teams are forced to bolster one side of the ball or the other. It is not easy to create a balanced team like the Niners and Seattle. Those two franchises are the outliers.

As I wrap things up, feel free to breathe easier about your team’s chances to make it to the Super Bowl come February 2015….if they are listed above. If your home team was not mentioned, then maybe place a few bucks on the team that you agree with me about, legally of course! As I said before, however, things in the NFL can change in a hurry, so don’t be shocked if teams like Atlanta, Baltimore, New Orleans, or even the Colts manage to exceed expectations and make a Super Bowl run. That is part of what makes the NFL great, almost every team can turn things around over the course of an off-season.