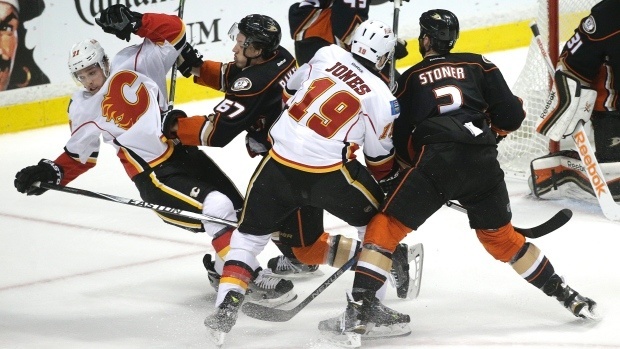 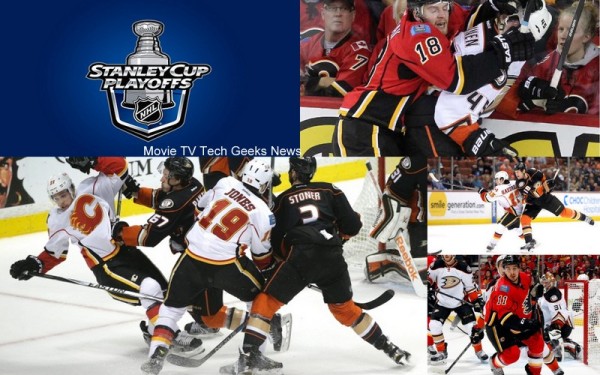 The Calgary Flames, in what was possibly the best game of the 2015 NHL Stanley Cup playoffs so far, defeated the Anaheim Ducks on Tuesday night. With what could only be called incredible perseverance, Calgary fought for their playoff lives to the bitter end and they came out with a crucial win in game three of their second round series. 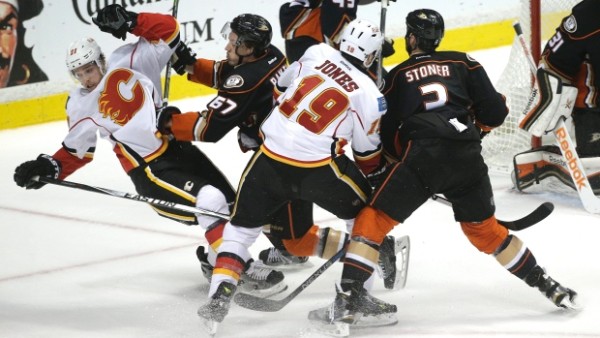 Calgary entered Tuesday’s game down 0-2 against Anaheim. The Flames, in front of a partisan home crowd, opened the scoring early when Brandon Bollig scored just after the two-minute mark. However the balance of both the first and second periods would see Anaheim take a 3-2 lead. Facing the prospect of going down 0-3 in the series, the Flames appeared destined for second round elimination.

The result of the game appeared to hinge on a referee’s call late in the third period when Calgary, let’s just say it, SCORED against Anaheim to tie the score at three. However when the decision went upstairs the goal, which should have counted in my opinion, got called back. The Flames, having suffered a major setback given how infrequently they had been able to solve Anaheim’s defense up to that point, appeared to be done for. 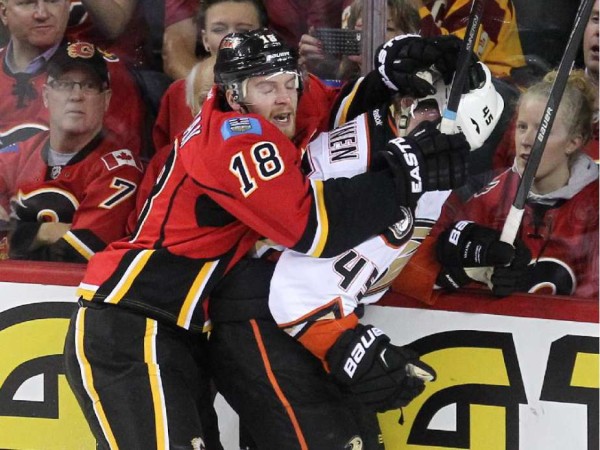 That was especially true when another call appeared to be going against the Flames. Matt Stajan of Calgary, with just over two minutes to go, ran into goalkeeper Frederik Andersen. At first it appeared as though Stajan was the only one who was going to get a penalty on the play however Anaheim’s Simon Despres received one too. Then, with about a minute and a half to go, Sami Vatanen of Anaheim made the age-old mistake of clearing the puck over the glass from the defensive end without any kind of deflection coming first. 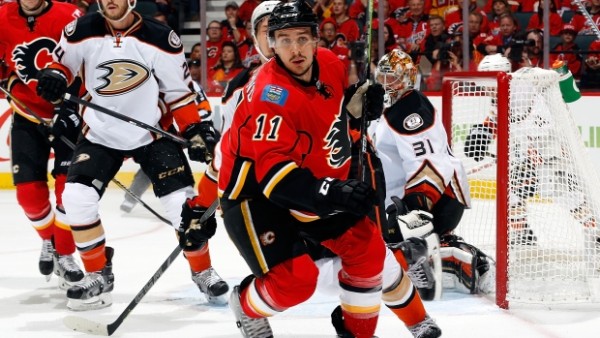 Calgary would pull their netminder for a five-on-three advantage, one that Johnny Gaudreau, with what appeared to be a panic induced shot, managed to score on with twenty seconds to go. That set the stage for a Mikael Backlund game-winner fairly early in the first overtime.

What resulted was an unlikely win for Calgary in game three on a historic night for the province of Alberta, one that saw a 44-year political dynasty come to an end. By my memory, I can actually remember a time when Calgary won the Cup however May 6th, 2015 is the only day at this point in my life when someone other than the PCs held power in Alberta, the province I live in.

The Flames might do well to ask Premier-elect Rachel Notley about how best to go about bucking long-standing trends.
Calgary, playing from home for game four, might be favored to win. However even if they do the Flames can do no better than a game-seven loss unless they find a way to win in Anaheim – something the Flames have not done in ages. 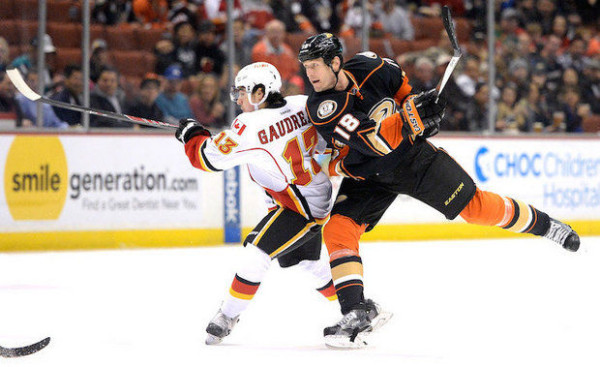 Game four comes ahead of any future games from Anaheim. However the puck for the next game won’t drop until Friday, May 8th at 7:30pm MT.