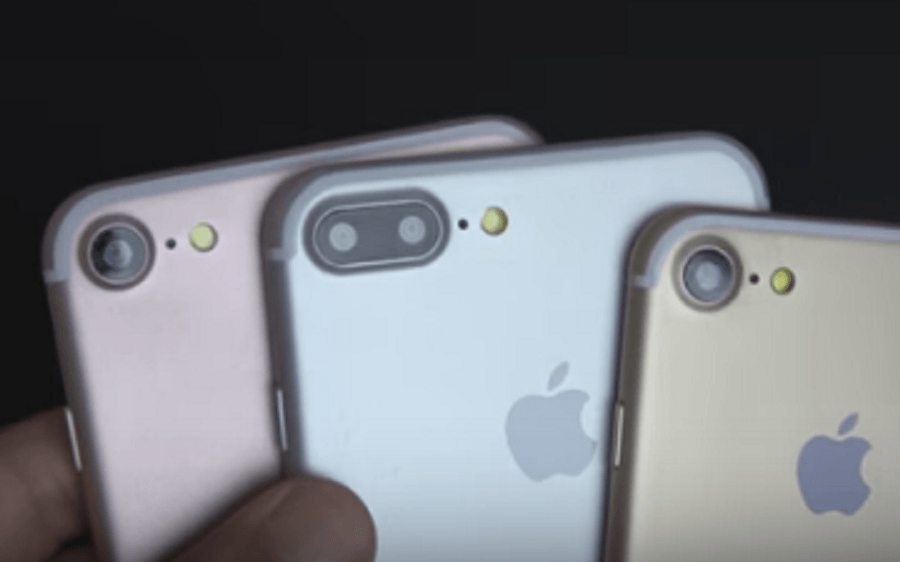 Every year we know that Apple will unleash either new product or an update and on Wednesday, they are unveiling the latest updates for the iPhone 7, their smartwatch and possibly some new listening gadgets. Will the ear pod finally makes it’s appearance?

Apple is expected to show off new iPhones, an updated smartwatch – and maybe some new gear for listening to both – during its annual fall product launch event today.

Hardcore Apple fans will be watching closely for details about the newest features coming to Apple’s gadgets, from a widely anticipated dual-lens camera for the iPhone to a rumored GPS sensor in the Apple Watch.

But even casual users of consumer technology may be interested to see if Apple follows through on reports that it’s eliminating the iPhone’s analog headphone jack since that could pave the way for a big shift in the way people listen to digital music.

Getting rid of the traditional analog jack means future iPhone owners will need earbuds or headphones that use a digital connection, either through a wireless signal like Bluetooth or a cord that fits into the same port used for recharging the device.

Apple may ship the next iPhones with an adapter that lets older headsets plug into the charging port. Tech blogs and industry analysts say Apple is also working on new headsets that fit the iPhone’s “Lightning” power port, and possibly new “Air Buds” that use a Bluetooth-like wireless signal. 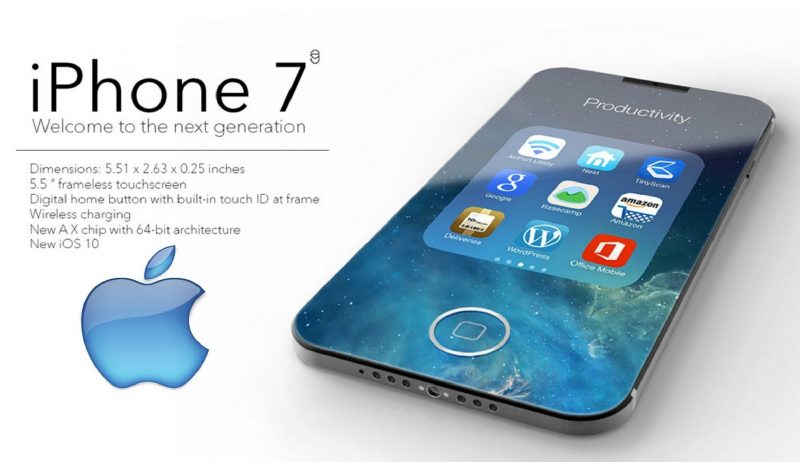 Aside from some new colors, the new iPhones aren’t expected to look much different from the models Apple has been selling since 2014, which include a standard model with a 4.7-inch screen and a “Plus” version with a 5.5-inch screen.

Analysts say Apple is departing from its usual two-year development cycle and won’t announce a major revamp of its signature smartphone this year. Despite a recent dip in iPhone sales, most Apple watchers don’t expect a big overhaul until 2017, the 10th anniversary of the first iPhone’s release.

Even so, the new phones are expected to come with faster processors, more memory and better cameras – an upgraded lens for the standard iPhone and a new dual-lens system for the Plus model that promises better “zoom” capabilities and improved performance in low lighting.

Analysts say the new Apple Watch will also have some new features, including a GPS sensor that can be used with exercise apps and other services. But despite reports that Apple has been working on giving the watch its own cellular capability – meaning it wouldn’t need to be paired with an iPhone – analysts say that’s unlikely to come this year.

Apple is also expected to announce the dates when the new models will go on sale, along with its timetable for releasing the next major upgrades to the software for iPhones, iPads, the Apple Watch, Apple TV and Mac computers. 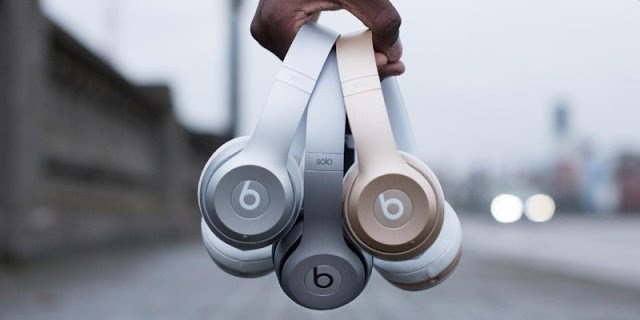 Though it might not seem dramatic, eliminating the 3.5-millimeter headphone jack would be controversial. On the plus side, it could let Apple make the iPhone slightly thinner and possibly waterproof; it might also free up space for other components. And some enthusiasts say a digital connection provides better audio quality.

But critics are already complaining that the old analog headphones worked better than most wireless headsets, which can be clunky to set up and sometimes randomly drop their connections.

Most existing headphones won’t plug into the iPhone’s charging port without an adapter. And it isn’t clear how you’d plug in your headset if you’re already charging your phone.

For many people, listening to music and watching video – not to mention making the occasional phone call – constitutes one of the main uses for a smartphone.

Along with the new iPhones, some analysts expect Apple use today’s event to promote new gear from Beats Electronics, the high-end headphone maker that Apple acquired two years ago for $3 billion. 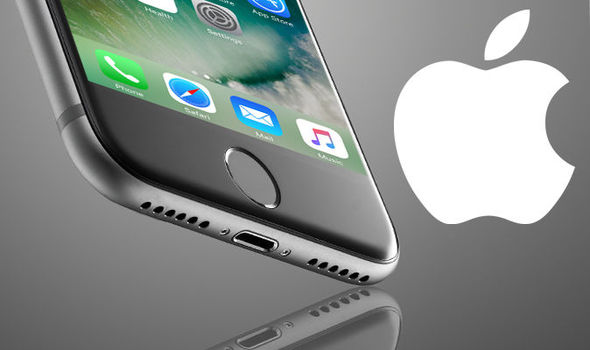 Apple has a history of preemptively doing away with older technologies, often prompting lamentations from users – at least until they got used to it. Co-founder Steve Jobs famously decided the first iMacs didn’t need a floppy disk drive in 1998, years before Windows PCs followed suit. Later, he made waves by selling MacBooks without a CD drive or even a traditional hard drive.

More recently, Apple made millions of old power cords incompatible by replacing the 30-pin charging port on older iPhones and iPads with the much smaller Lightning port in 2012.

Some of Apple’s rivals are also moving away from the headphone jack. Already this year, Lenovo‘s Motorola division and Chinese smartphone maker LeEco have released phones without analog audio jacks, relying instead on cords that plug into a new digital port known as USB-C.

“The market is changing,” said Jim Thiede, head of global product marketing at Motorola, who expects to see a number of manufacturers producing “USB-C headphones, earbuds and what have you” over the next three to six months. 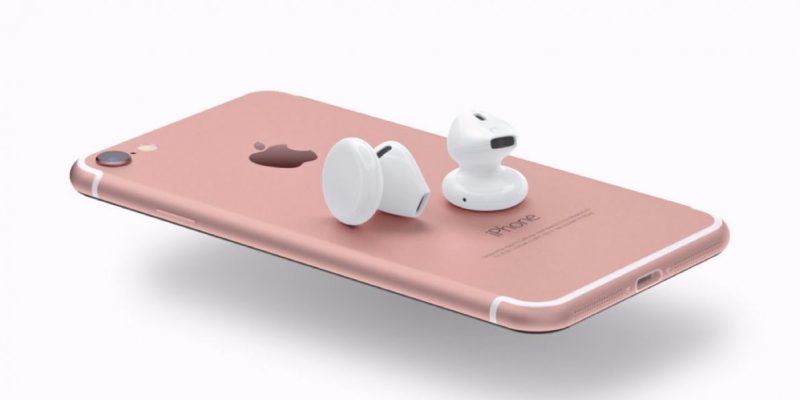 Some believe Apple’s real goal is to move people away from cords and plugs altogether.

Apple has already cut the number of ports on its latest MacBooks, encouraging owners to use wireless features like Apple’s AirDrop and AirPlay for sharing files or streaming music and video, he noted.

If more iPhone owners use wireless headsets, they may also be likely to try streaming music or other services wirelessly from the Apple Watch, said Carolina Milanesi, a mobile tech analyst at the research firm Creative Strategies.

That may be part of Apple’s longer-term plan, she added. 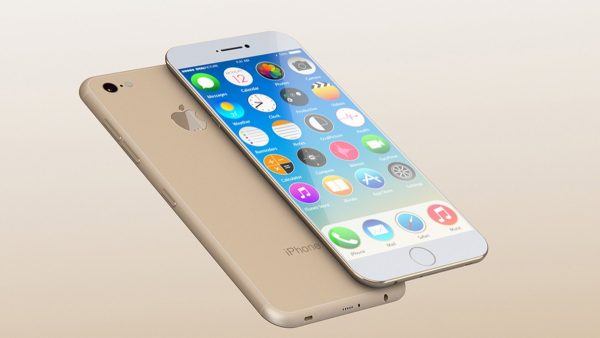 Some of the recent iPhone 7 rumors include:

Apple is expected to remove the 3.5mm headphone jack from the bottom of the iPhone 7 and 7 Plus meaning users will have to switch to wireless or Lightning port headphones

Dual-lens camera for iPhone 7 Plus

Apple is upgrading its cameras in both phones, with the iPhone 7 Plus getting an all-new dual-lens camera that could have the ability to film 4K video

A new, faster chip called the A10 will power the 7 and 7 Plus. According to reports it could be twice as fast as the current A9 chip