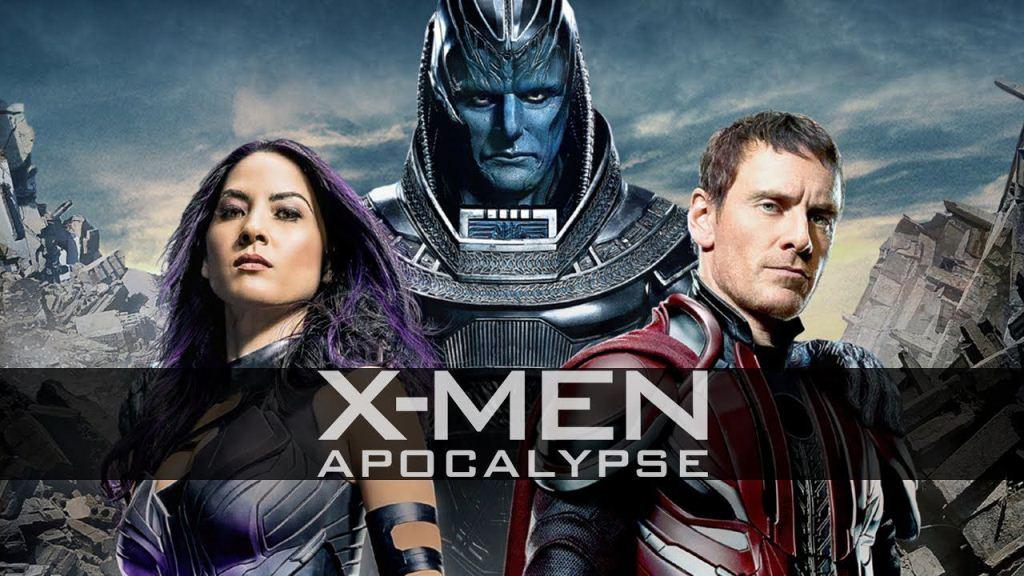 With regards to the newest X-Men movie, “X-Men: Apocalypse,” this author will temporarily switch off his bias against Fox and admiration for Marvel Studios. While I would wholeheartedly laud the return of the X-Men and the Fantastic Four to Marvel, that longing has many fans biased against whatever Marvel film that Fox releases. Let it fail, let it fail, so our mutants can get back home and be treated properly. Mutants should be back in the limelight. Let the Inhumans remain on TV. But that friends, may not happen for some time. X-Men: Apocalypse, IMHO was fairly decent.

X-Men: Apocalypse is among several modern films with very bad press that precedes it along with the 2015 Fantastic Four and the Ghostbusters reboot. If the internet was like this back in the day, Super Mario Brothers would be on top. Many fans can’t help but feel hostile against the X-Men franchise especially fans who spent their teenage and young adult lives during the 90s where the X-Men was Marvel’s hottest property. With the cartoons and comics and all. Fox’s treatment of the franchise, with its jumbled characters and timelines often leave comics fans with a bad taste in their mouths. Not all though.

What fan wouldn’t want to see the Canucklehead, Cyclops, Storm and other favorite characters on the big screen especially when the first movie came out? That film was okay, but it was followed by an even better sequel X2: United often hailed as the best of the lot. Kind of like “Star Trek II: The Wrath of Khan,” which was way better than the snore-fest Star Trek: The Motion Picture. But then when fans got used to the X-Men, we get X-Men: The Last Stand followed by X-Men Origins: Wolverine.

Later, we get Marvel Studios where Marvel Comics’ secondary properties suddenly became superstars because they were treated carefully. Marvel Studios knew what many fans wanted which is why fans wanted Marvel’s former properties like Spider-Man, The Fantastic Four and the X-Men to come home. Again, this longing for great films based on these properties done by a studio that knows what it’s doing is a major factor in the lukewarm reception films like “The Amazing Spider-Man,” “The Fantastic Four” and “The X-Men” are getting. Well, The Fantastic Four was really very, very bad. No one wanted an African-American Human Torch, a nitty-gritty take on Marvel’s first family a Thing with no pants, and an idiotic take on Marvel’s greatest super villain.

So with that aside, the film has gotten a good amount of bad press with regards to story, casting choices, costumes and posters. How can Bryan Singer top Days of Future Past? What’s with all the nuclear missiles and worldwide destruction in the trailers? What is he thinking? Did he just ruin Logan’s happy DOFP ending? What world or universe is “Deadpool” in if “X-Men: Apocalypse” just destroyed everything? With all the bad press, the movie might not perform well in the box office and could possibly spell the apocalypse for the X-Men franchise.

Except, it isn’t as bad as many think. Like Batman V Superman, it’s not great, but it’s not bad either. Bryan Singer and team has managed to keep the franchise going. The film has by far had mixed reviews and for all intents and purposes, that’s okay for a superhero movie unlike the universally panned Fantastic Four. Fox, give that franchise back to Marvel and feel free to do your mutant TV series.

For this author, the film succeeds in its intent to entertain. Looking at it for what it is, a movie with X-Men characters against one of their greatest villains. Watch it without source material in mind; you might come to appreciate it. Here’s what others thought:

“Piece by piece, Singer fits this ninth film in the franchise (which includes Deadpool) into the X-Men universe like a master puzzle maker. He does it so well, at least in terms of storytelling, that the X-Men franchise still has a vigorous future.”

“I get it: Life is hard for mutants. We all get it. It’s literally the only thing mutants ever seem to talk about. It is odd that other superheroes seem to get to have some fun, but never the X-Men. Here we are, 16 years later, and everyone involved is still sad. It feels repetitive.”

The film seems slow with Apocalypse gradually gathering his Four Horsemen as you’ve seen in the trailers consisting of Storm, Psylocke, Archangel and Magneto. Storm and Magneto’s inclusion is loosely based on the incarnation of the Horsemen in X-Men: Evolution animated series. As described by Dave Robinson of Crash Landed, the film does have some issues with pacing and like X-Men films before it, some plots simply do not add up to previous films. Havok makes an appearance and confirms his sibling status with Cyclops, but I could have sworn Havok was among those who were experimented on and killed by Trask in DOFP. That kind of stuff.

Also, Raven, aka Mystique plays an overall good girl up until the end of the film and practically leads in the field which is highly contrary to comic book lore but the general public doesn’t know that. Hey, Jennifer Lawrence’s character needs to be a positive one. A semi-spoiler, a major character may just kill thousands as collateral damage but gets off easy. A somewhat irritating part of the movie that many critics share. Another semi-spoiler, Wolverine’s rumored appearance will not disappoint. Overall, keeping Marvel and Marvel lore at bay, the film was okay. It would be a shame not to see it.