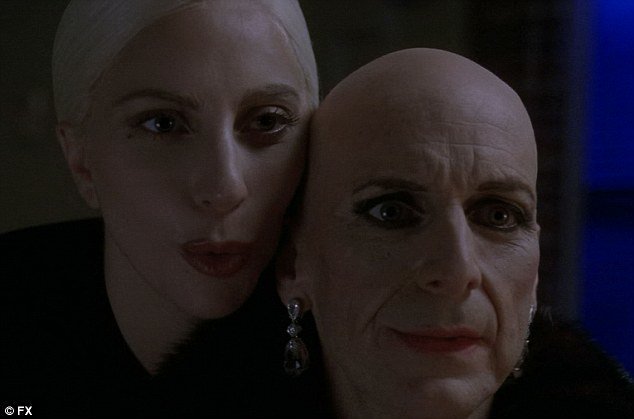 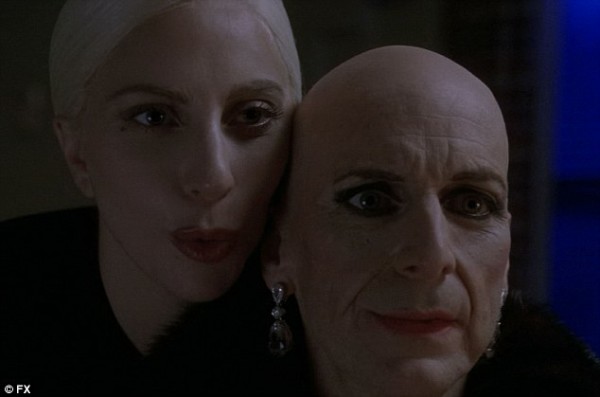 American Horror Story: Hotel returned tonight with the 6th episode of the season, “Room 33.” While this episode wasn’t necessary the most thrilling, scary or goriest of the series, or season for that matter, it did manage to link some characters together and paint a more comprehensive picture of the AHS world.

The episode begins with a flashback to 1926. Here, we see Mrs. Johnson aka The Countess visiting the Murder House from season 1. She claims that she is three weeks pregnant (although it looks as if she is a lot further along than that) to Dr. Montgomery, owner of the house (who you may also recall from the first season). The doctor agrees to take care of The Countess’ “problem.”

The Doctor and his nurse perform the operation. However, the baby manages to survive the attempted abortion and ends up being some sort of demon child – murdering the nurse. The Doctor hands The Countess her new baby boy.

Back to present day, The Countess is busy hooking up with the new hotel owner, Will Drake. When Will can’t get himself aroused, The Countess calls in her other lover, Tristan Duffy. The Countess orders Duffy to get Drake, who is gay, aroused.

Detective John finds himself in a mess, as he follows his son Holden into the hotel’s coffin room. Here, he sees his wife Alex laying in one. However, Alex knocks John out and convinces him that he had a psychotic episode. John doesn’t fully believe it was all simply a hallucination, however when he makes his way back to the coffin room, it is empty (Liz Taylor cleared it out after Alex told him what happened).

Meanwhile, Iris, Ramona and Donovan are plotting their revenge against The Countess. Iris tries to track down all of the vampire children (as she plans to kill them to spite The Countess), while Donovan runs into the two tourists we saw in the first episode, Agnetha and Vendela. Donovan explains to the two women that they are trapped in the hotel forever. He tells them they must find a purpose – like terrorizing the guests – or else they will find themselves stuck “in an unbreakable chain.” At the same time, Ramona makes her way to Room 33, where The Countess’ baby boy Bartholomew is.

Ramona makes her way into the bedroom. However, it is clear that Bartholomew isn’t one to mess with – as he attacks her. Afterwards, Liz Taylor sees that room 33’s door was left open, and The Countess’ boy had gotten out. Later on, Liz bumps into Ramona, who has a scratch on her face from Bartholomew. Liz tells Ramona that he can’t have any “upsets” with The Countess, so Ramona must leave. He goes on to explain that he has fallen in love with Tristan and thinks The Countess will understand if she is in a good mood.

Afterwards, we see the two female tourists Agnetha and Vendela finding their “purpose.” They seduce an unsuspecting, young male hotel guest and end up murdering him by brutally stabbing him after sleeping with him. Alex Lowe ends up walking into the room and listens as the two girls explain they don’t feel their purpose is killing people. Alex tells them that they don’t necessarily have to kill their victims; they could just break their minds.

Meanwhile, Detective Lowe goes to another murder scene in a church. Lowe is adamant that this is another crime committed by the Ten Commandment Killer. However, his boss is angered as Detective Lowe was laid off the case and was not supposed to be intervening any further.

After John gets everyone to leave his room, he is visited by the late Mr. March. He welcomes him to the hotel, which sends John into a tirade. John packs up his things and hops in the shower. While he is showering off the blood, it is implied that The Countess’ evil baby jumped into John’s suitcase.

Back at home, John finds out that his daughter Scarlett hasn’t seen her mother in two days. Scarlett opens her dad’s suitcase and sees blood everywhere. John tells her it’s nothing.

Shortly after, John walks Scarlett to the TV room, and when he returns to his bedroom, he sees his suitcase torn apart. He takes out a gun and shoots presumably The Countess’ baby in the kitchen. Scarlett hears the gunshots and freaks out.

Back at the hotel, The Countess expresses her adoration to Will Drake. Soon after, she runs into Liz Taylor, who confesses he is in love with Tristan Duffy – one of The Countess’ “mild” lovers. The Countess shows understanding of Liz’s feelings and says they will talk to Duffy.

Alex returns home, where she talks with Detective Lowe’s boss, Andy. Andy tells her that he thinks her husband is unwell.

Lastly, The Countess and Liz Taylor invite Duffy to talk. Liz tries to beg The Countess to let him have Duffy, as he is truly in love with him. The Countess agrees to let Duffy and Liz be together. However, immediately after she slits Duffy’s throat right in front of Liz. The Countess bluntly says, “He’s yours…bury him.”

You can catch the next episode of American Horror Story: Hotel on November 18, on FX.