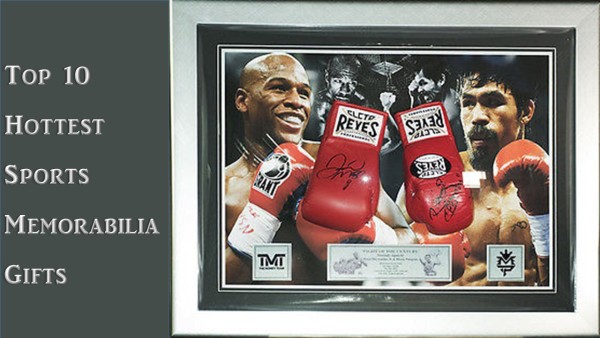 Sports fans can sometimes be the easiest and hardest people to please during the holiday season as they know exactly what they want, and beware if you give them something less. When it comes to sports memorabilia, it’s a very tricky area as there as so many shysters out there willing to sell you what appears to be genuine articles, but they are far from that.

Well, we decided to help save you some time by putting together a list of the top 10 hottest trending sports memorabilia gifts for 2015. There’s something for fans of every sport on here, and we even put together a budget-friendly version for those of you trying not to break the bank this season.

Don’t forget to check out our Cool Stuff reviews for the inside scoop and reviews of everything everyone in your life will want this holiday season and beyond. Also, keep checking here for daily Goldbox Deals and more that can really keep your holiday budget in check. 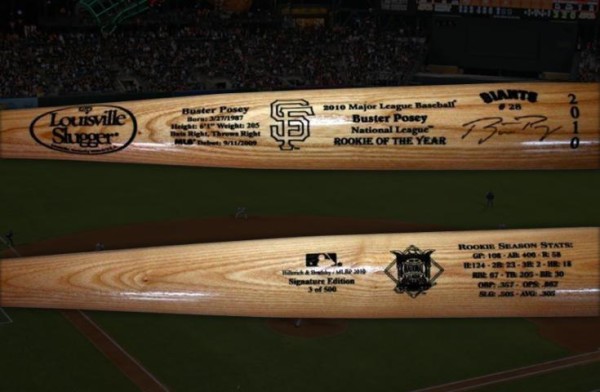 Normally winning the World Series makes you pretty popular. The San Francisco Giants may not have won it all this year, but Posey’s high-demand hasn’t totally worn off just yet. Any SF Giants fan would be glad to wake up with this under the tree. You should be able to find a nice MLB bat signed by Posey for about $450 and up. 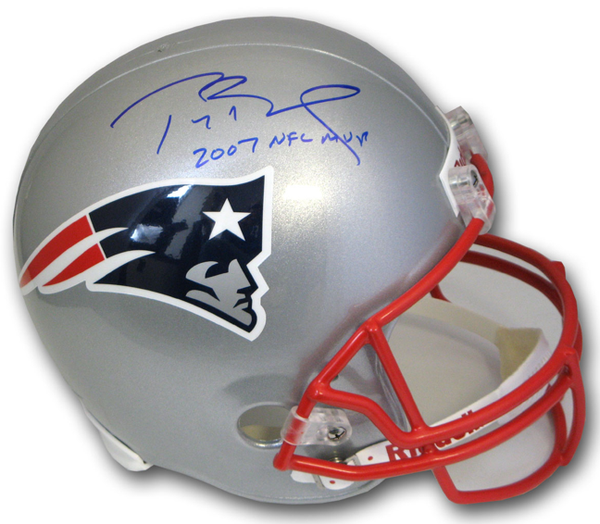 Some things just never go out of style. No better example than Manning and Brady memorabilia. Any New England Patriots fan would break down in tears at the sight of one of these beauties. Brady doesn’t come cheap, however, otherwise everyone would have one of these. Think of the $1000 price tag as a buy-in for an exclusive club of Brady helmet owners. 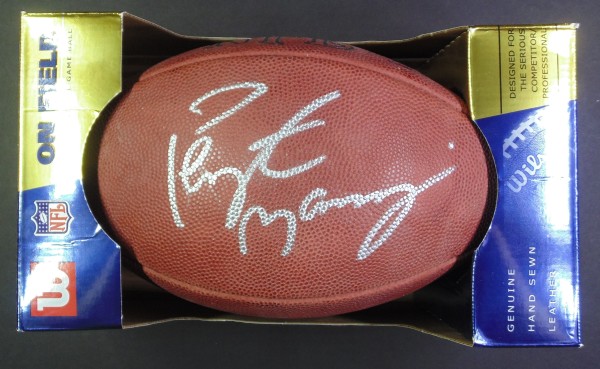 Manning is in the same boat as Brady in that his stuff just doesn’t go out of style. With all the records he’s been breaking, there’s never been a better time to grab a Manning autograph. In fact, the Manning signed football was the No. 1 seller from the 2014 season. A Manning ball will be around $500, but I would highly recommend going for one of the great inscribed balls out there. “NFL Rec 55 TDs 5,477 yds” is my personal favorite ($750). 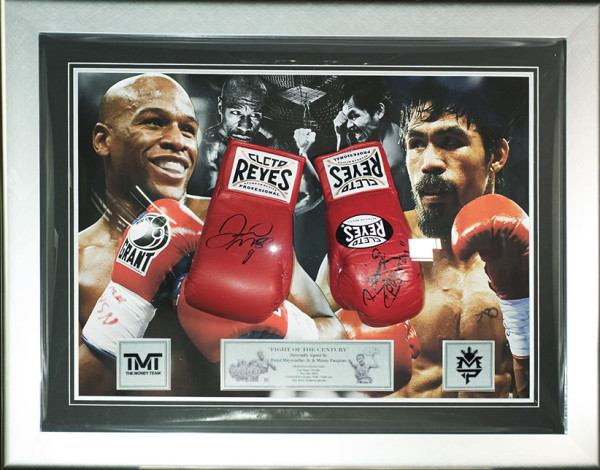 It doesn’t get much better than a set of boxing gloves signed by the two greatest boxers of our generation (or ‘The Best Ever’ if you ask Mayweather). You could even frame them with some pictures of the fight. The pair will probably run you about $500-800 depending on the deals you can find. Not bad at all for two legends of the sport. Muhammad Ali’s signature is a good $2000 right now. 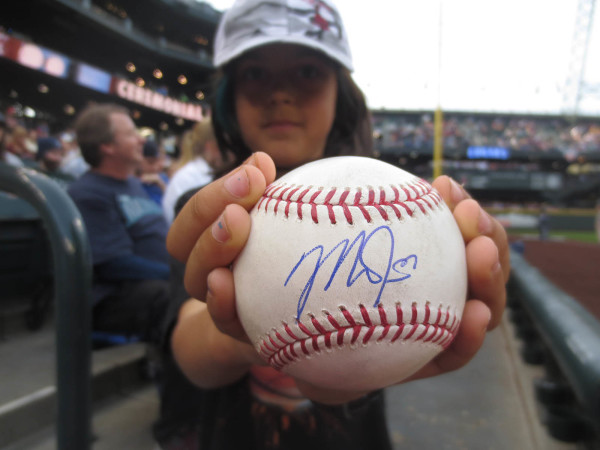 You know we had to get the Los Angeles Angels slugger and 2014 AL MVP on here somewhere. Trout has only been in the MLB since 2011 and he already has an awards list longer than half the league combined. The best part is, a Trout baseball is only about $200. A great balance of price and amazing. 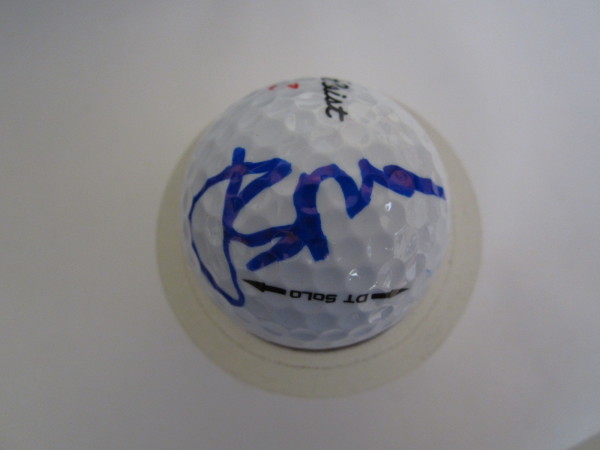 Here’s another on top of his sport right now. Sorry, Tiger, but Spieth is the hottest golfer right now (well, Rickie Fowler is pretty cute too), so it’s time to pick up one of those badass golf polos signed by No. 1 in the world. The auto will run you about $800, but can you really put a price on a golf fanatic’s smile? Yeah, you can…$800. 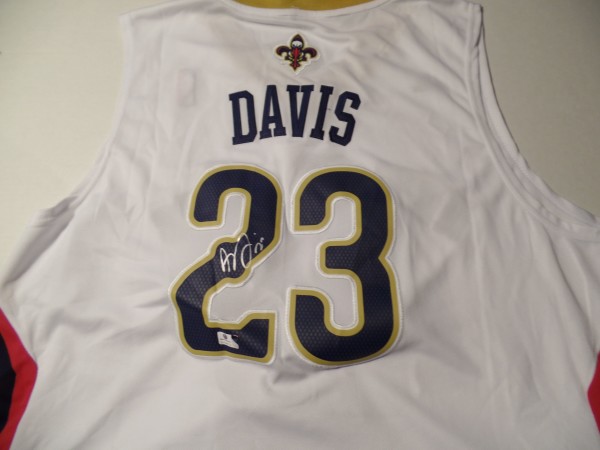 Anthony Davis is quickly emerging as the best in the world. In fact, most people already consider him top three. Unfortunately, you aren’t early enough to grab a couple of cheap autos before he takes off. A signed New Orleans Pelicans jersey will be about $550, but you may be able to find a Kentucky jersey for about $450. A LeBron James jersey is about $900, so consider it an investment. 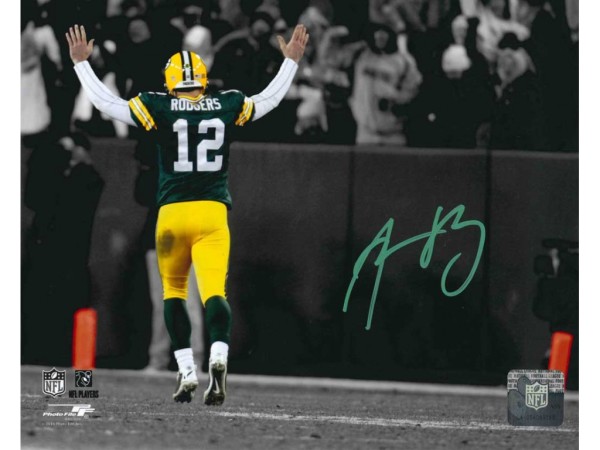 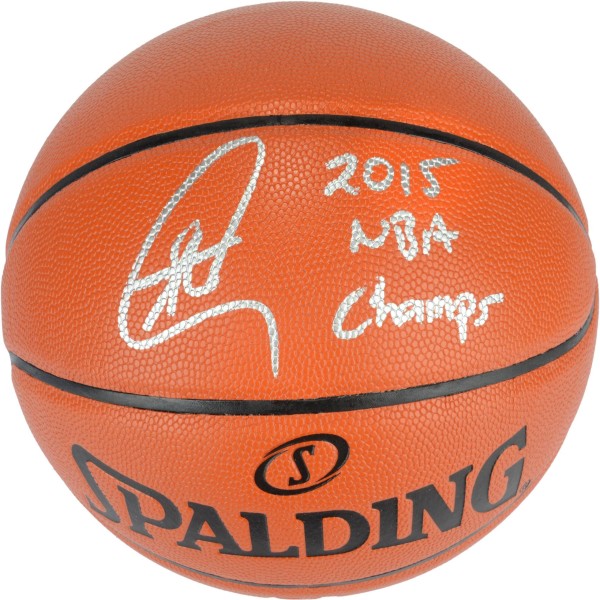 The Chef remains one of the hottest buys in the basketball world. It’s been a couple of months since he took home the Larry O’Brien, but a “World Champs” or “NBA Champs” inscribed ball is still a must-have for any Golden State fan (or any LeBron hater that hopped on the bandwagon). The signed ball with the inscription starts at about $500.

The King is back. Not like he went anywhere. I guess I should say The King is still No. 1. No basketball fan, even a huge James hater, would turn down one of these. There are plenty of options out there between the current Cleveland Cavaliers jerseys, throwbacks, Miami Heat, Team USA, All-Star, etc. You can expect to pay around $900 for the hottest piece of the year.