Home All News Tech News Will PCs Make a Comeback Through Windows 10? 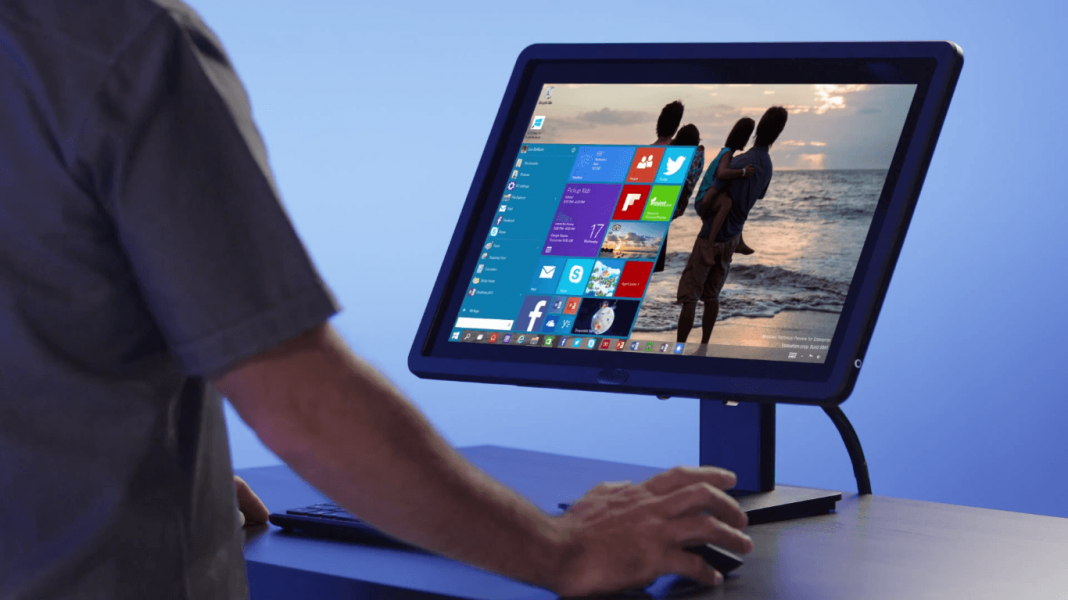 We know PC sales have taken a nosedive in the current tablet/smartphone era. Back then, PC sales surged due to the fact that to get to the internet, a desktop or laptop computer was required but now, consumers find that all they really needed was a light tablet or a good smartphone in order to browse the internet or communicate through social media. That lead some people to push the ridiculous notion that PCs are on the way out.

There are still many things that PCs can do that tablets and smartphones can’t which is why we still need them around such as creating professional documents, professional video and image editing, spreadsheets, databases, and other business programs, CAD as well as processing the thousands of songs, images, and videos taken by the very same tablets and smartphones. The problem is actually market saturation and Microsoft’s Windows 8 was also blamed in part due to its quirky new interface. From what seemed to be an alarming decline, PC sales have leveled off to 300 million units last 2014 and vendors are hoping that Microsoft’s new Windows 10 operating system could remedy the situation and convince users to get over Windows 8 and let go of their aging Windows 7 and XP systems.

No More Tiles on Shelves

Consumers thrown off by Windows 8 may get more enticed once they see laptops and desktops with the familiar Windows Desktop on store shelves and plan or decide to purchase. That along with posters, flyers, and brochures showing off the desktop with an open Start Menu could bring the Windows faithful back to the fold. Lately, desktops and laptops on display shelves are dominated by the colorful tiles of Windows 8.1, unaware that the desktop is simply hidden under them. Consumers misled by rumors that the OS was dismal overall due to the loss of the Start Menu, decided to keep their old systems until something better comes along or try out other things like Macs.

A few other features, such as Cortana, assuming Microsoft makes her live up to the hype could convince consumers especially busy executives to purchase new systems. If Microsoft could work the bugs out and truly enable her to do almost anything such as being able to “call my partner on Skype” or “open up this or that spreadsheet” and not just to search for files, websites or the nearest restaurants. In Windows 10 Build 10049 however, Cortana continues to search ‘out-of-the-box’ by default instead of inwards when looking for apps and files unlike the efficiency Search had in Windows 8.

Windows Hello biometric security could also convince company users that need the added security, with its built-in fingerprint scanning, facial and retinal scanning functions. A new PC unit can come with built-in Intel RealSense cameras or a fingerprint scanner on the keyboard. Project Spartan, being the new browser on the block might entice consumers who are bogged down by security issues present in current browsers such as Chrome, Firefox, and Internet Explorer.

The Killer App, not Just the OS

The term ‘killer app’ once dominated the desktop world and pushed desktop sales up the roof just like it does so in the mobile world today. People and businesses once bought PCs to run Lotus 123 and dBase and later Microsoft Office. If Microsoft can convince developers to create revolutionary apps exclusive to Windows 10, PC sales could go up again. If there are any killer apps out there that’s keeping PCs alive, it’s Microsoft Office, Adobe Photoshop, and CAD. Many developers right now are preoccupied with mobile apps or porting existing apps to the cloud, making things accessible via browser or web app thus reducing the need for Windows-based PCs. What the PC industry needs to do is to come up with new killer apps that can’t be used on pure tablets but can run on Windows 10 hybrids.

Windows has long been the base platform for many games in the PC industry. If Microsoft can create new versions of its hit franchise Halo or even a new Windows 10 dependent Minecraft version, then PC sales could go up. With the help of Holo Lens to enhance games like Halo, Crysis and even GTA, Windows 10 and its integration with Xbox would surely help PC sales if only among hardcore gamers.

Microsoft already slashed its OS prices by as much as 70 percent, going as far as letting Windows 7 and Windows 8 users (including pirates) upgrade to Windows 10 for free. Lately, the industry is in a catch-22 with PC and component prices getting higher due to less demand. If vendors could charge less or introduce cheap yet appealing entry-level systems, then consumers and businesses would have compelling reasons to upgrade.

Or PC makers might just be taking things the wrong way. Sometimes, it takes more than an operating system or processing power to drive sales. Vendors could take a page from Apple and come up with cool external designs like what Apple did for the iMac and Macbooks in the 90s. Many movies and TV shows featured them and everyone had to have them. They could make designs that appeal to gamers (who often go DIY and purchase cool-looking cases and water cooling systems), PCs with fully integrated media systems for homemakers, or retro designs for old people and even a plain white box with a red-eye with Cortana’s female voice talking back while opening pod bay doors. At least many laptop models already sport stylish metallic finishes and slimmer builds.

In the end, the PC industry isn’t just dependent on the current or upcoming Windows version, but hardware and software vendors as well. A hopefully fast, easy-to-use final version of Windows 10 would surely help bring back the PC. Windows 10s new features give PCs enough room to innovate and people like seeing something new.