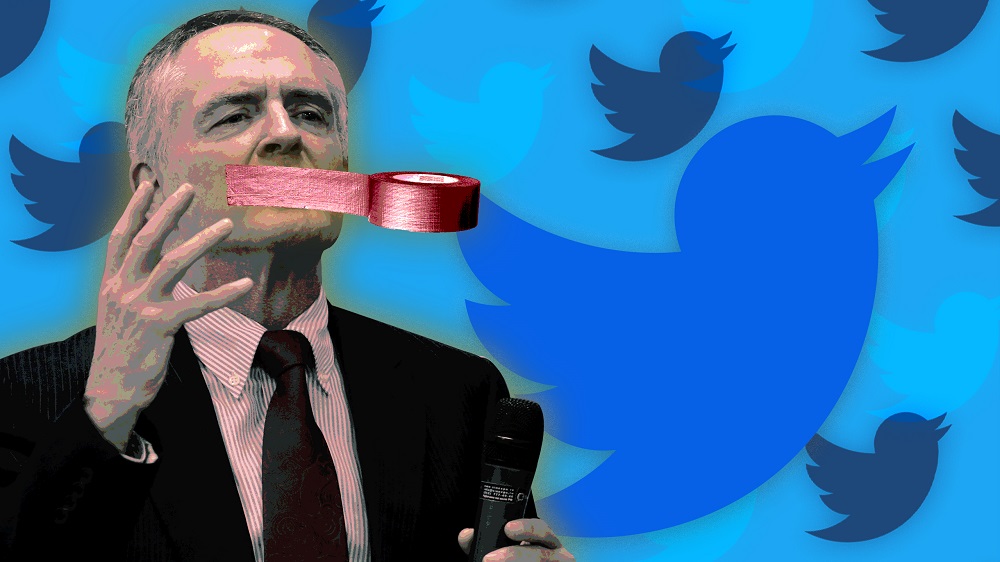 Fransen, whose far-right anti-muslim hate group has never achieved any sniff of electoral success, was nonetheless thrust into the mainstream limelight last month after president Trump retweeted three anti-muslim videos she had shared with his 44.8M followers — earning a personal rebuke from the UK prime minister, and condemnation from MPs across the domestic political spectrum for amplifying hate speech.

The account of far-right group Britain First, a small group that regularly posts inflammatory videos purporting to show Muslims engaged in acts of violence, was among the first to go dark. The individual accounts of two of its leaders, Jayda Fransen and Paul Golding, were also suspended.

President Donald Trump caused a stir last month when he retweeted a post by Fransen, drawing criticism from British Prime Minister Theresa May. Fransen and Golding were arrested in Belfast last week for allegedly stirring up hatred.

Twitter said it would not comment on individual accounts. The company has emphasized that it takes into account many factors before making any enforcement decision, including context of the post, cultural and political considerations and the severity of the violation.

Jonathan Greenblatt, CEO of the Anti-Defamation League, commended Twitter “for taking these significant steps to tackle hate on their platform.” The group Muslim Advocates, which had publicly called for the removal of Britain First’s account, applauded Twitter for “updating its policies and taking steps today to remove violent and hateful accounts from its platform.”

The guidelines, announced a month ago and put into force this week, address hateful images or symbols, including those attached to user profiles.

Monitors at the San Francisco company will weigh hateful imagery in the same way they do graphic violence and adult content.

If a user wants to post symbols or images that might be considered hateful, the post must be marked “sensitive media.” Other users would then see a warning that would allow them to decide whether to view the post.

Twitter is also prohibiting users from abusing or threatening others through their profiles or usernames. The company also now bans accounts affiliated with “organizations that use or promote violence against civilians to further their causes.”

The account for Jared Taylor, who heads the New Century Foundation, was among those suspended, along with his organization’s flagship online publication, American Renaissance.

Taylor said he immediately appealed the suspension but swiftly received a reply from Twitter informing him that his account would not be restored, which he interpreted to mean he had been permanently banned.

He said Twitter determined his account was “affiliated with a violent extremist group,” an allegation he denied.

“Of all the preposterous things they could have said about me or American Renaissance, I can’t think of anything more preposterous,” Taylor said.

New Century Foundation has been recognized as a charity by the IRS, a decision that has drawn criticism from civil rights advocates. Taylor has said his group raises money for the benefit of the “white race.”

Brad Griffin, who blogs under the name Hunter Wallace on the website Occidental Dissent, said in blog post that he was also suspended, along with Michael Hill, president of the League of the South, the Traditionalist Workers Party and others. American Renaissance and Occidental Dissent both referred readers to an online chat site frequented by white nationalists.

The white nationalist Richard Spencer, whose account was not suspended, tweeted that he had lost more than a hundred followers in the past 24 hours and noted that he didn’t “see any systematic method to the #TwitterPurge.”

There appeared to be some inconsistencies. Twitter allowed David Duke to keep the message “It’s Ok To Be White” as his header, even though the same phrase was hidden by the “sensitive material” warning on his pinned tweet.

Emma Llanso, director of the free expression project at the Center for Democracy and Technology, said the new guidelines represent a substantial change for Twitter’s policies. But, he added, it’s not going to be immediately clear to all users what falls within the new prohibitions.

“It’s essential that they provide clarity to the users whose content is removed,” said Llanso, whose nonprofit is a member of the Trust and Safety Council group of outside organizations advising Twitter.

While the new guidelines are now in play, the social media company continues to work out internal monitoring tools and it is revamping its appeals process for banned or suspended accounts.

Users can now report profiles, or users, that they consider to be in violation of Twitter policy. Previously, users could only report individual posts they deemed offensive.

While more content is banned, the company has provided more leeway for itself after it was criticized for strict rules that resulted in account suspensions.

There was a backlash against Twitter after it suspending the account of actress Rose McGowan who opened a public campaign over sexual harassment and abuse, specifically naming Hollywood mogul Harvey Weinstein. Twitter eventually reinstated McGowan’s account and said that it had been suspended because of a tweet that violated its rules on privacy.

“In our efforts to be more aggressive here, we may make some mistakes and are working on a robust appeals process,” Twitter said in a blog post Monday.