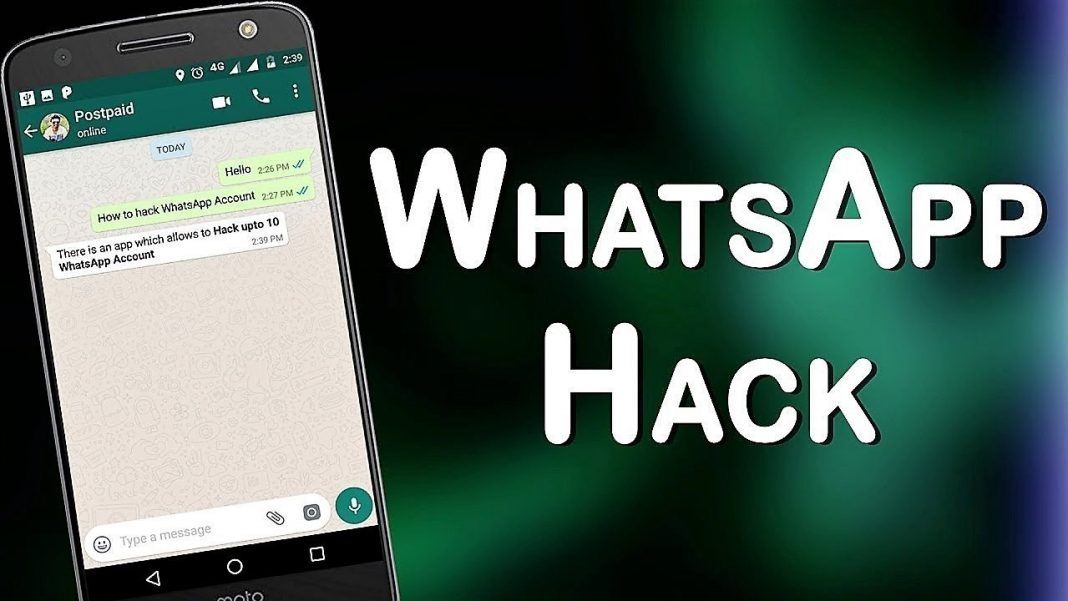 How many times have you been told not to click those suspicious links in emails or texts or watch out for those shady apps. Now, there’s a whole new type of hack to give you nightmares. A very sophisticated hacker network can inject malware into targeted phones and steal their data just by calling them. You don’t even need to pick up the call to get infected, and worse than that, the calls left no trace on the phone’s log. They were able to even lock the user out of their own phone.

When malware becomes that sophisticated, we know it’s time to worry. Luckily, it was found and taken care of, but knowing that it will only get worse in the future leaves us in quite the quandry. It was bad enough knowing we might accidentally unleash malware, now hackers can do the job without our help.

Spyware crafted by a sophisticated group of hackers-for-hire took advantage of a flaw in the popular WhatsApp communications program to remotely hijack dozens of phones, the company said late Monday.

The Financial Times identified the actor as Israel’s NSO Group, and WhatsApp all but confirmed the identification, describing hackers as “a private company that has been known to work with governments to deliver spyware.” A spokesman for the Facebook subsidiary later said: “We’re certainly not refuting any of the coverage you’ve seen.”

The malware was able to penetrate phones through missed calls alone via the app’s voice calling function, the spokesman said. An unknown number of people — an amount in the dozens at least would not be inaccurate — were infected with the malware, which the company discovered in early May, said the spokesman, who was not authorized to be quoted by name.

“There’s nothing a user could have done here, short of not having the app,” he said.

The spokesman said the flaw was discovered while “our team was putting some additional security enhancements to our voice calls” and that engineers found that people targeted for infection “might get one or two calls from a number that is not familiar to them. In the process of calling, this code gets shipped.”

WhatsApp, which has more than 1.5 billion users, immediately contacted Citizen Lab and human rights groups, quickly fixed the issue and pushed out a patch. He said WhatsApp also provided information to U.S. law enforcement officials to assist in their investigations.

“We are deeply concerned about the abuse of such capabilities,” WhatsApp said in a statement.

NSO said in a statement that its technology is used by law enforcement and intelligence agencies to fight “crime and terror.”

“We investigate any credible allegations of misuse and if necessary, we take action, including shutting down the system,” the statement said. A spokesman for Stephen Peel, whose private equity firm Novalpina recently announced the purchase of part of NSO, did not return an email seeking comment.

The revelation adds to the questions over the reach of the Israeli company’s powerful spyware, which takes advantage of digital flaws to hijack smartphones, control their cameras and effectively turn them into pocket-sized surveillance devices.

NSO’s spyware has repeatedly been found deployed to hack journalists, lawyers, human rights defenders and dissidents. Most notably, the spyware was implicated in the gruesome killing of Saudi journalist Jamal Khashoggi, who was dismembered in the Saudi consulate in Istanbul last year and whose body has never been found.

Several alleged targets of the spyware, including a close friend of Khashoggi and several Mexican civil society figures, are currently suing NSO in an Israeli court over the hacking.

Monday, Amnesty International — which said last year that one its staffers was also targeted with the spyware — said it would join in a legal bid to force Israel’s Ministry of Defense to suspend NSO’s export license.

That makes the discovery of the vulnerability particularly disturbing because one of the targets was a U.K.-based human rights lawyer, the attorney told the media outlets.

The lawyer, who spoke on condition of anonymity for professional reasons, said he received several suspicious missed calls over the past few months, the most recent one on Sunday, only hours before WhatsApp issued the update to users fixing the flaw.

In its statement, NSO said it “would not or could not” use its own technology to target “any person or organization, including this individual.”

Disney cut a deal with Comcast to take full control of Hulu as each prepares to launch its own streaming service.

The companies said Tuesday that Comcast, which owns a third of Hulu, may sell its stake starting in 2024 for a minimum of $5.8 billion. Either company can require the other to make the deal.

Hulu launched more than a decade ago as the major entertainment companies dealt with the rise of digital media. Its owners have contracted as a wave of mergers consolidated the industry: The Walt Disney Co. absorbed 21st Century Fox’s stake as it bought up Fox’s studio and many of its networks, while AT&T sold off the share it inherited with the purchase of Time Warner, now renamed WarnerMedia.

AT&T’s sale valued the unprofitable Hulu at $15 billion. The agreement with Disney and Comcast values Hulu at a minimum of $27.5 billion in 2024. Disney has forecast that Hulu will turn a profit around then.

Hulu today still shows network TV episodes and original series for $6 a month. It has a newer live-TV service that costs $45 a month.

Having total control of Hulu gives Disney more power to support its own streaming efforts. The company is launching a new kids-focused streaming service called Disney Plus this year, and is likely to bundle that with Hulu and its sports service, ESPN Plus.

Comcast’s NBCUniversal, meanwhile, will debut a streaming service in 2020. And WarnerMedia is launching its own streaming service which will focus on HBO and other shows and movies owned by the company. There’s also a new one from Apple, with original content.

An aftereffect of all these new services may well be the fragmentation of content across services. Most of the most popular shows on Netflix are owned by the big entertainment companies — “Friends,” ″The Office” — which may well want them for their own services.

At least for Hulu, NBCUniversal has agreed to keep its shows and networks on there until late 2024.

However, NBCUniversal is preparing to stock its own service as the streaming wars heat up. In a year, it can start putting its video on its own streaming service that is currently exclusive on Hulu. (It’ll cut Hulu’s costs in return.) And NBCUniversal could choose to pull its content from Hulu early, in three years.

Walmart is rolling out free next-day delivery on its most popular items, increasing the stakes in the retail shipping wars with Amazon.

The nation’s largest retailer said Tuesday it’s been building a network of more efficient e-commerce distribution centers to make that happen. The next-day service will cover 220,000 popular items from diapers and non-perishable food items to toys and electronics. That’s nearly double the number of items it carries in its stores.

Next-day delivery, which will require a minimum order of $35, will be available in Phoenix, Arizona, and Las Vegas on Tuesday. In coming days, it will expand to southern California. The discounter plans to roll out the service to 75% of the U.S. population by year-end. It will also be adding hundreds of thousands more products as the program expands.

The announcement comes just two weeks after online behemoth Amazon said it’s upgrading its free shipping option to Prime members who pay $119 a year to one-day delivery from two-day delivery. Amazon has declined to say when the switch will happen, but it already offers one-day delivery for some items in certain areas.

Walmart says the new delivery program has been in the works for a while.

The move will only increase pressure on other rivals that are already investing in millions of dollars to shorten the delivery window.

Amazon changed consumer expectations when it launched its two-day delivery for Prime members back in 2005 and forced other retailers to step up their game. But analysts say Amazon then needed to cut the delivery time in half to make its membership more attractive since others like Walmart offered free two-day deliveries without any membership.

Lore says it will be cheaper for the company to do next-day delivery versus two-day service because eligible items will come from a single fulfillment center located closest to the customer. This means orders will ship in one box, or in as few as possible, unlike two-day deliveries that come in multiple boxes from multiple locations. Walmart is also trying to limit costs by tailoring products based on what shoppers demand in the local markets. For example, sunscreen would be available all year for areas like Southern California and Phoenix.

Still, Walmart sells far fewer products than Amazon and its online U.S. sales are only a fraction of Amazon’s online global merchandise empire. Jason Goldberg, chief commerce strategy officer of Publicis Communications, noted Walmart isn’t going to be able to ship the same number of products as Amazon under one-day shipping and its profit margins could get further squeezed as it focuses on the most popular items that would be subject to pricing wars.

Amazon has also been delivering more packages itself rather than relying on the post office and other carriers like UPS and FedEx. The company expects to spend $800 million in the second quarter to speed up deliveries and has expanded its fleet of jets. On Monday, it announced that it will be expanding an incentive program to its employees so they can quit their jobs and start their own Amazon package delivery businesses.

Walmart has one big advantage over Amazon — its more than 4,700 stores.

Walmart and Target have been turning their physical stores into shipping hubs, speeding up deliveries and helping to defray costs for services like curbside delivery and in-store pickup. Walmart has also been expanding the use of robots in its stores, which keep tabs on what’s on and not on the shelves. Meanwhile, Target has redesigned its staging area for packages to help speed up fulfilling curbside deliveries.