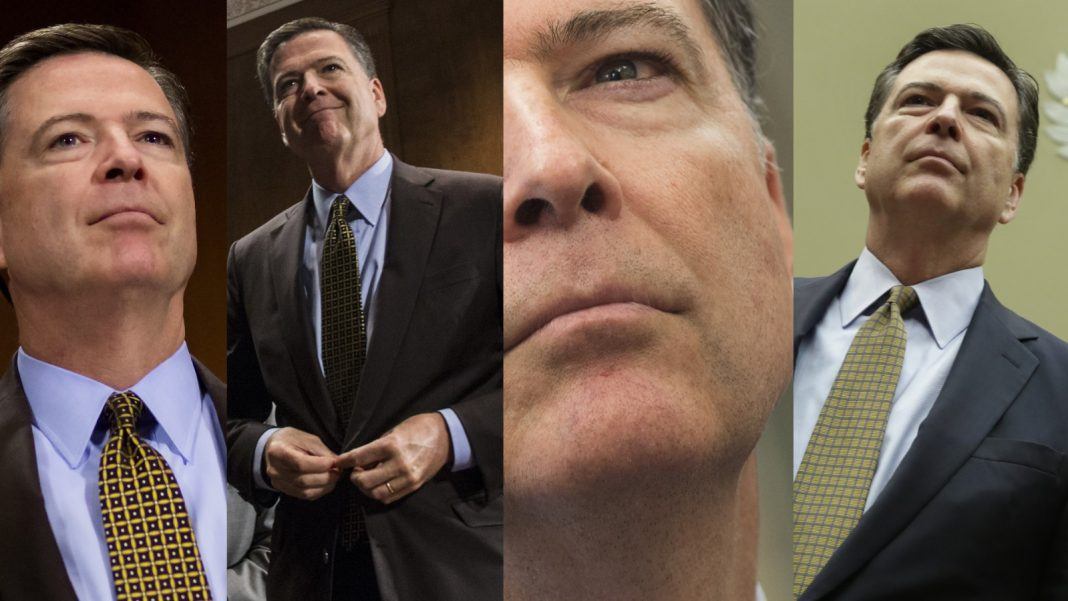 Now that former FBI Director James Comey allowed his Congressional testimony to be made public, people will have a better idea of what to expect on Thursday. You can real it in full here.

While both President Donald Trump and his diehard supporters swear that they’ve actually read the testimony in full and are claiming that Comey has vindicated him in full. They seem to be missing the big picture that his written testimony blows quite a large hole in the president’s story he’s been telling about their interactions.

“I felt compelled to document my first conversation with the President-Elect in a memo. To ensure accuracy, I began to type it on a laptop in an FBI vehicle outside Trump Tower the moment I walked out of the meeting. Creating written records immediately after one-on-one conversations with Mr. Trump was my practice from that point forward. This had not been my practice in the past. I spoke alone with President Obama twice in person (and never on the phone) — once in 2015 to discuss law enforcement policy issues and a second time, briefly, for him to say goodbye in late 2016. In neither of those circumstances did I memorialize the discussions. I can recall nine one-on-one conversations with President Trump in four months — three in person and six on the phone.”

Read between the lines there. From the day he met Trump, Comey felt the need to always document everything they talked about — a practice he had never undertaken with President Obama. And, more amazingly, Comey recalls that he had two one-on-one conversations with Obama in four years; he had nine(!) one-on-one conversations with Trump between Jan. 6 and when he was fired on May 9. Nine!

It only gets worse from there for Trump in Comey’s opening statement.

Comey says that he was surprised to learn that a dinner invitation extended to him by Trump on Jan. 27 was for just the two of them (“It turned out to be just the two of us, seated at a small oval table in the center of the Green Room,” Comey writes. “Two Navy stewards waited on us, only entering the room to serve food and drinks.”) and that the goal of the meeting was “an effort to have me ask for my job and create some sort of patronage relationship.”

Twice in that meeting Trump, recounted Comey, made a direct request for loyalty from the FBI director. “I need loyalty, I expect loyalty,” Trump told Comey. Later, he returned to the subject. Here’s Comey’s recollection:

Comey also confirmed in his written testimony that Trump directly asked him to “let go” of the investigation into deposed national security adviser Michael Flynn. Quoting Trump, Comey writes of the Feb. 14 meeting in the Oval Office: “I hope you can see your way clear to letting this go, to letting Flynn go. He is a good guy. I hope you can let this go.”

Trump story gets broken down step by step in Comey’s methodical method. You can be sure both sides of Trump’s camp will be reporting very different results after the hearing.

Below are the things to keep an eye out for on Thursday. 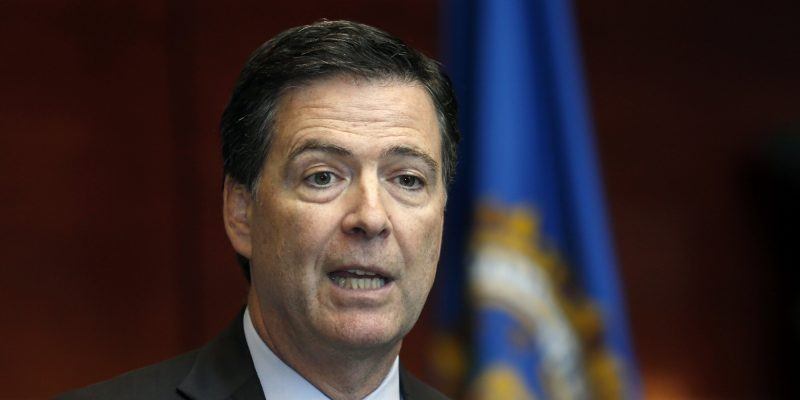 Assurances to an incoming president that he was not under federal investigation. A president’s unprecedented request for loyalty from an FBI director. A “very concerning” request from the president to end an investigation into a devoted presidential appointee. Lawmakers hungry for answers and frustrated by the reticence of national security executives to provide them.

It’s been a month of extraordinary drama since President Donald Trump fired FBI Director James Comey, rife with leaked details of private memos detailing awkward interactions with the president and the rare appointment of a special counsel to alleviate concerns of White House interference in an ongoing investigation.

A day before Comey’s much-anticipated testimony before the Senate intelligence committee, the former FBI director’s prepared remarks were officially released, bringing into public view new details in the Trump-Comey saga.

Here’s how we got to this point, and here are some things to expect from the most anticipated congressional hearing in recent memory:

The testimony, Comey’s first public comments since his May 9 firing, unfolds against the extraordinary backdrop of an FBI investigation that has shadowed the Trump White House from the outset and threatens to cripple its agenda.

At the time he was fired, Comey had been overseeing the investigation into possible coordination between Russia and the Trump campaign for months.

The White House’s stated reasons for firing Comey were contradicted by the president himself, raising questions about whether Trump had fired Comey to derail the Russia investigation.

The White House initially said Trump was acting on the recommendation of Justice Department leaders, citing as justification a memo from Deputy Attorney General Rod Rosenstein that lambasted Comey’s handling of the Hillary Clinton email server investigation. But Trump gave a different explanation when he said in an NBC News interview that he had already decided to dismiss Comey and was thinking of “this Russia thing” when he did so.

Trump’s actions and justifications presented the possibility that Trump’s intention was to obstruct justice.

Comey, a skilled raconteur who generally tilts in favor of openness, is well-accustomed to the spotlight and in particular to sensational congressional hearings, including one 10 years ago in which he revealed a dramatic hospital room clash with Bush administration officials.

Thursday’s testimony before the Senate intelligence committee is expected to be his most dramatic yet.

The official release of Comey’s remarks on Wednesday afternoon came shortly after the conclusion of testimony from Comey’s former national security peers who refused to answer senators’ questions about their own interactions with Trump. There have been reports that the president tried to pressure NSA Director Mike Rogers and Director of National Intelligence Dan Coats to publicly push back on the investigation.

The former director’s prepared remarks answered many of the looming questions:

-Did the president ask Comey for his loyalty? Yes. “I didn’t move, speak or change my facial expression in any way during the awkward silence that followed,” Comey said in his written testimony.

-Did the president ask Comey to stop investigating his former national security adviser, Michael Flynn? Yes. “I had understood the president to be requesting that we drop any investigation of Flynn in connection with false statements about his conversations with the Russian ambassador in December,” Comey said.

-How often did Trump and Comey communicate with each other before he was fired? Nine times, Comey said. “Three in person and six on the phone.”

-After one of these encounters, did Comey actually tell Attorney General Jeff Sessions that he did not want to meet with the president alone again? Yes. “I took the opportunity to implore the Attorney General to prevent any future direct communication between the President and me,” Comey said.

But Republicans are likely to press Comey on why he did not raise his concerns about Trump publicly or resign. Some may attempt to divert attention from Comey’s remarks about Trump by focusing on two issues they’ve repeatedly seized on: leaks and revealing the names of Americans in intelligence reports.

The White House said Monday it would not invoke executive privilege over Comey’s upcoming testimony – officials predicted it would look bad otherwise.

Comey, who is used to not answering lawmakers’ questions about ongoing investigations, is not likely to say anything Thursday that could interfere with, or undercut, the ongoing federal investigation into Russia ties. That investigation is being led by Comey’s predecessor, Robert Mueller.

Mueller was appointed by the Justice Department last month as special counsel in charge of the investigation. The two former FBI directors are known to have warm feelings and respect for each other. A Comey associate has said he obtained Mueller’s permission to testify.

On Tuesday, Trump was asked what his message for Comey would be. He said, “I wish him luck.”