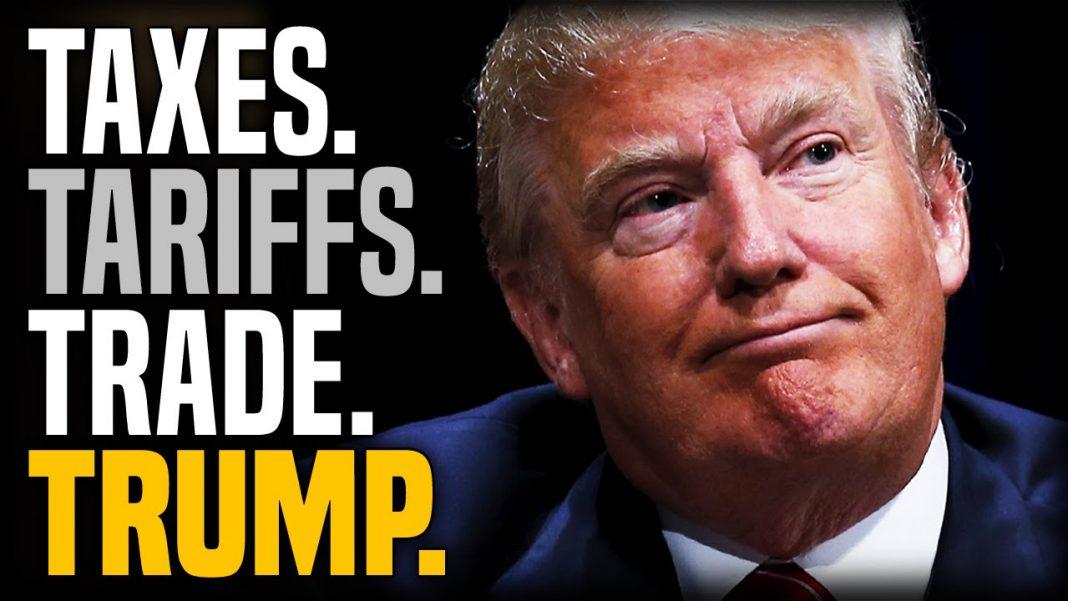 Many of President Donald Trump supporters know that he has heightened tensions with China by escalating his tariffs on $200 billion in Chinese goods from 10% to 25%, but they don’t really know what that means. As some of felt the hit in their income, many haven’t but as it continues, they will begin noticing rising prices at Walmart and Target on everything from food to electronics.

As a tool of national policy, tariffs had long been fading into history, a relic of the 19th and early 20th centuries that most experts came to see as harmful to all nations involved. Yet more than any other modern president, Trump has embraced tariffs as a punitive tool — against Europe, Canada and other key trading partners but especially against China, the second-largest economy after the U.S.

The Trump administration asserts, and many independent analysts agree, that Beijing has deployed predatory tactics to try to give Chinese companies an edge in such advanced technologies as artificial intelligence, robotics and electric vehicles. Beijing’s tactics, the U.S. contends, include hacking into U.S. companies’ computers to steal trade secrets, forcing foreign companies to turn over sensitive technology in exchange for access to China’s markets and unfairly subsidizing Chinese companies.

Trump has also complained angrily about America’s gaping trade deficit with China for which he blames weak and naive negotiating by previous U.S. administrations.

Last July, Trump began gradually imposing tariffs on Chinese imports. After Friday’s increase, the administration is now imposing 25% tariffs on $250 billion in Chinese goods. Beijing has counterpunched by taxing $110 billion of American products, focusing on agricultural goods, notably soybeans, in a calculated effort to inflict pain on Trump supporters in the farm belt.

Here’s a close look at what tariffs are and how they work:

WHAT EXACTLY ARE TARIFFS?

Tariffs are a tax on imports. They are typically charged as a percentage of the transaction price that a buyer pays a foreign seller. To use a simplistic example (ignoring real-world minimum amounts subject to tariffs): Say an American retailer buys 100 garden umbrellas from China for $5 apiece — $500 total. And suppose the U.S. tariff rate for the umbrellas is 6.5 percent. The retailer would have to pay a $32.50 tariff on the shipment, thereby raising the total price from $500 to $532.50.

In the United States, tariffs — sometimes also called duties or levies — are collected by Customs and Border Protection agents at 328 ports of entry across the country. Proceeds go to the Treasury. The tariff rates are published by the U.S. International Trade Commission in the Harmonized Tariff Schedule, which lists U.S. tariffs on everything from dried plantains (1.4 percent) to parachutes (3 percent).

Sometimes, the U.S. will impose additional tariffs on imports that it determines are being sold at unfairly low prices or are being supported by foreign government subsidies.

WHAT ARE TARIFFS SUPPOSED TO ACHIEVE?

Two things: Increase government revenue. And protect domestic industries from foreign competition. Before the federal income tax was established in 1913, tariffs were a big money raiser for Washington. From 1790 to 1860, tariffs produced 90 percent of federal revenue, according to Douglas Irwin, an economist at Dartmouth College. By contrast, tariffs in recent years have accounted for only about 1 percent of federal revenue.

Tariffs are meant to raise the price of imports or punish foreign countries for unfair trade practices, like subsidizing their exporters and dumping their goods at unfairly low prices. They discourage imports by making them costlier. They also reduce pressure from foreign competition and make it easier for home-grown companies to raise prices.

As global trade grew after World War II, tariffs fell out of favor. The formation of the World Trade Organization and the forging of trade deals like the North American Free Trade Agreement reduced or eliminated tariffs. The average U.S. tariff is now one of the lowest in the world: 1.6 percent, the same as the European Union’s, the Pew Research Center reports.

Most economists say no. Tariffs raise the cost of imports for people and companies that need to buy them. And by reducing competitive pressure, they give U.S. producers leeway to raise prices, too. That’s good for those producers but bad for almost everyone else.

Rising costs especially hurt consumers and companies that rely on imported parts. Some U.S. companies that buy steel, for example, complain that Trump’s tariffs on imported steel leave them at a competitive disadvantage. Their foreign rivals can buy steel more cheaply and offer lower-priced goods.

More broadly, trade restrictions make an economy less efficient. With lesser competition from abroad, domestic companies lose the incentive to increase efficiency or to focus on what they do best.