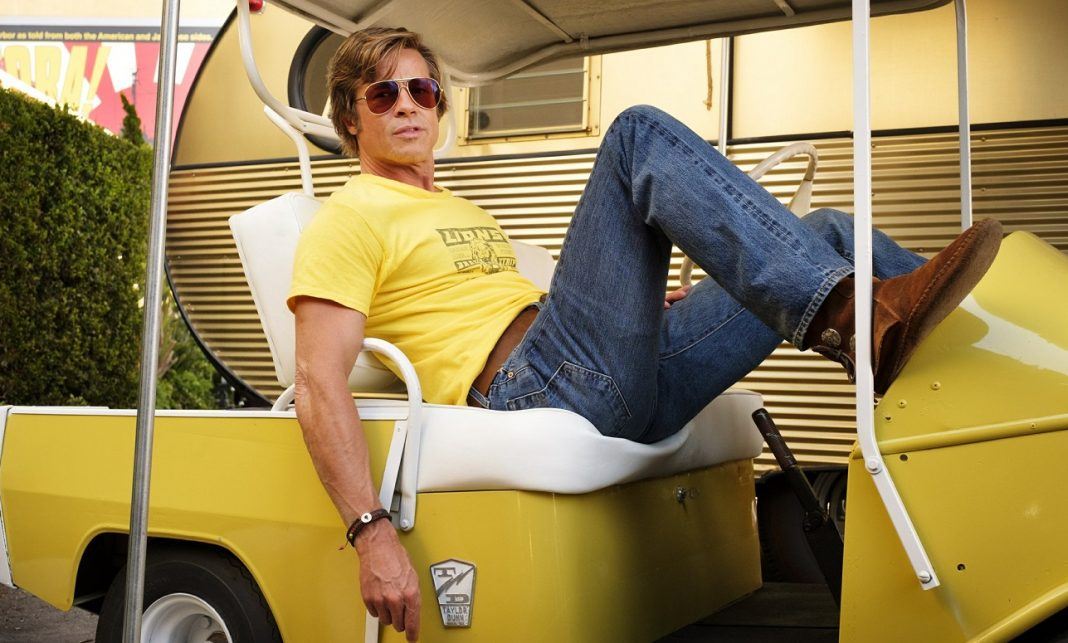 Filmmakers dream of getting their film into the Cannes Film Festival, but tradition can sometimes get in the way even though time and technology move on. While the scene is all set for the 2019 incarnation of the glitzy film festival which has a star-studded jury including Alejandro González Iñárritu, Elle Fanning, and Yorgos Lanthimos, there will be one noticeable absence. No, not Steven Soderbergh and Martin Scorsese. Netflix will not be there on the red-carpeted stairway of the Palais des Festivals.

Some things have moved forward as history is set to be made with one filmmaker: Mati Diop.

Diop only realized long after her Dakar-set “Atlantics” had been selected to premiere at the Cannes Film Festival that she had made history. Diop, the 36-year-old French-born filmmaker of Senegalese heritage, is the first black woman in competition for Cannes’ top honor, the Palme d’Or.

The 72nd Cannes Film Festival, which opens Tuesday will feature a lot of familiar faces who have long made Cannes their home, including Pedro Almodóvar, Ken Loach and Jim Jarmusch, whose zombie comedy “The Dead Don’t Die” will open the festival and mark the director’s ninth time in competition in Cannes.

But Cannes is also where a new cinematic voice can be catapulted onto cinema’s world stage. Diop, who has made a number of acclaimed shorts and who starred in Claire Denis’ “35 Shots of Rum,” will make her feature film debut in Cannes. She’s one of four female directors in the festival’s 21-film main slate, which ties Cannes’ previous high, in 2011.

“I’ve been through all kinds of different emotions from the announcement until now,” said Diop by phone in Paris where she was busy putting the finishing touches on “Atlantics.” ″But it’s very stimulating for me to be part of this specific edition that is remarkable for its novelty. It’s a selection in which there are more women, in which there are first feature films, where Africa is represented.

“This gives me the feeling of being part of some new excitement,” she added. “In a way, it’s a turning point for the festival.”

Whether this year’s edition of Cannes will indeed open a new chapter in the prestigious 72-year history of the French Riviera festival remains to be seen. Certainly, the tremors of last year’s Cannes — where 82 women protested gender inequality on the red-carpeted steps of the Palais des Festivals — are still being felt.

One of the primary figures of that demonstration was Agnes Varda, the French New Wave pioneer who died in March at 90. As a tribute, this year’s official Cannes poster is a picture of Varda shooting her first feature, 1955′s “La Pointe Courte,” peering through a raised camera while standing on the back of a man.

Whether Cannes has done enough to adjust to the #MeToo era is sure to be a prominent subject throughout the festival. This year’s selection committee, for the first time, was half women. Still, some have criticized the festival’s selections — about 25 percent directed by women, in total — as a slight and unconvincing improvement. (By comparison, women directed 40 percent of the Berlin Film Festival’s selections, and 46 percent of those at Sundance.)

“In the time that Agnès Varda started, it was hard for women to be directors,” Thierry Fremaux, artistic director of Cannes, told IndieWire. “More and more, it’s not easy, but it’s easier. We have more female directors in films schools, in universities, and in the industry. It’s logical that at a film festival like Cannes, we have had more women over time, because we have paid more attention.”

Tradition and progress are always in tension at Cannes. For the second straight year, this year’s in-competition selections will feature no Netflix releases. Alfonso Cuarón’s “Roma” was last year set to premiere at Cannes before French distributors — aiming to preserve the country’s theatrical window — pushed the festival to require that all films up for the Palme d’Or have a release planned in French theaters. Netflix withdrew its films, including “Roma.” (This year, the streamer does have one movie, “Wounds,” in the parallel section Directors’ Fortnight.)

Netflix could still be a presence at Cannes’ film market, the world’s largest. Amazon Studios, which has released its films first in theaters, will have the first streaming series to debut at Cannes. The first two episodes of Nicolas Winding Refn’s 10-part crime drama “Too Old to Die Young” will premiere at the festival.

But some things never change. Tom Bernard, co-president of Sony Pictures Classics, will, as he’s done for decades, be frantically riding a bicycle racing from one screening to the next in search for the specialty distributor’s next acquisition — and, hopefully, a seat. “There’s always discovery,” said Bernard.

Sony Pictures Classics has two films in competition: Almodóvar’s “Pain and Glory” and Ira Sachs’ “Frankie.” Bernard believes that while the streamers may be deeper pocketed, those pledging a theatrical release can offer a different kind of prominence.

“Everybody has a very unique thing to offer. We have to offer a theatrical experience, a long run in the theaters in the U.S., a long run in all of the various windows of the movie, so that it reaches many more people over the long run,” said Bernard. “Whereas a lot of the streaming services, it’s a one-and-done proposition.”

This year’s Cannes, where Alejandro Iñárritu will preside over the jury that will decide the Palme d’Or, has some of the Hollywood glitz that has perhaps gone wanting in recent years.

Twenty five years after “Pulp Fiction” won the Palme d’Or, Quentin Tarantino will be back on the Croisette with his 1969 Los Angeles saga “Once Upon a Time in Hollywood,” with Leonardo DiCaprio, Brad Pitt and Margot Robbie. The Elton John biopic “Rocketman” will splash down. “The Dead Don’t Die” will bring Bill Murray, Tilda Swinton and Adam Driver back to Cannes.

Jarmusch has been coming to Cannes since 1984′s “Stranger Than Paradise.” For him, the festival has been a lifeblood to his artistic freedom.

“In the old days, it was essential for me in my ability to sell the films,” said Jarmusch. “I would often have them premiere there before all the world sales were made so that was incredibly helpful which allowed me to continue as I have having creative control over my films. Cannes is kind of wrapped up in that.”

Other Cannes regulars include the Dardennes brothers (“The Young Ahmed”), Xavier Dolan (“Matthias and Maxime”) and Terrence Malick (“A Hidden Life”), the notoriously press-shy filmmaker whose last Cannes entry, “The Tree of Life,” won the Palme d’Or in 2011.

But part of this year’s excitement is in the new faces. Among those in competition for the first time are Mali-born Ladj Ly’s “Les Misérables” and China’s Diao Yinan (“The Wild Goose Lake”). In Cannes’ Un Certain Regard sidebar, American filmmakers Danielle Lessovitz (“Port Authority”), Annie Silverstein (“Bull”) and Michael Covino (“The Climb”) will all be screening features for the first time in Cannes.

So will Robert Eggers, whose 17th century puritan nightmare “The Witch” was an indie hit in 2015, announcing the arrival of a filmmaker of meticulous period research and genre ambition. His “The Lighthouse,” playing in Directors’ Fortnight, stars Robert Pattinson and Willem Dafoe as turn-of-the-century lighthouse keepers. Eggers shot it in 35mm and in black and white using old lenses and old-looking filters.

“It takes place on a remote and mysterious island off the coast of Maine but there’s a way in which it should feel ‘once upon a time,’” said Eggers. “Even though it’s rusty, dusty, crusty, musty and grounded in reality, it still has some things about it that should feel like a storybook.”

Dappled in sunshine and splendor along the Mediterranean, Cannes can feel like a different kind of storybook, shining a beacon for cinema. The seas are often rough, and always changing.

Agnès, in the bright sunlight.

All the way up.
As high as she could go.
Perched on the shoulders of an impassive technician.
Clinging to a camera, which seems to absorb her entirely.
A young woman, aged 26, making her first film.

It is August 1954: we are in the Pointe Courte neighbourhood of Sète, in the South of France. In the dazzling summer light, Silvia Monfort and Philippe Noiret explore their fragile love, surrounded by struggling fishermen, bustling women, children at play and roaming cats. Natural settings, lightweight camera, shoestring budget: with La Pointe Courte (presented in Cannes, in a screening on the rue d’Antibes, in 1955), the photographer from Jean Vilar’s Théâtre National Populaire is paving the way for a young cinema, of which she will remain the only female director.

Like a manifesto, this still photo from the set sums up everything about Agnès Varda: her passion, aplomb, and mischievousness. Ingredients of a free artist, forming a recipe she never stopped improving. Her 65 years of creativity and experimentation almost match the age of the Festival de Cannes, who celebrates each year visions which reveal, dare and rise higher. And who remains keen to remember.

As she liked to point out, Agnès Varda is not a woman filmmaker: Agnès Varda is a filmmaker. She often attended the Festival de Cannes to present her films : 13 times in the Official Selection. She was also a Jury member in 2005 as well as President of the Caméra d’or Jury in 2013. When she received the Honorary Palme d’or, in 2015, she evoked “resilience and endurance, more than honour”, and dedicated it “to all the brave and inventive filmmakers, those who create original cinema, whether it’s fiction or documentary, who are not in the limelight, but who carry on.”

Avant-garde but popular, intimate yet universal, her films have led the way. And so, perched high on this pyramid, surveying the beach at Cannes, young and eternal, Agnès Varda will be the inspirational guiding light of this 72nd edition of the Festival!