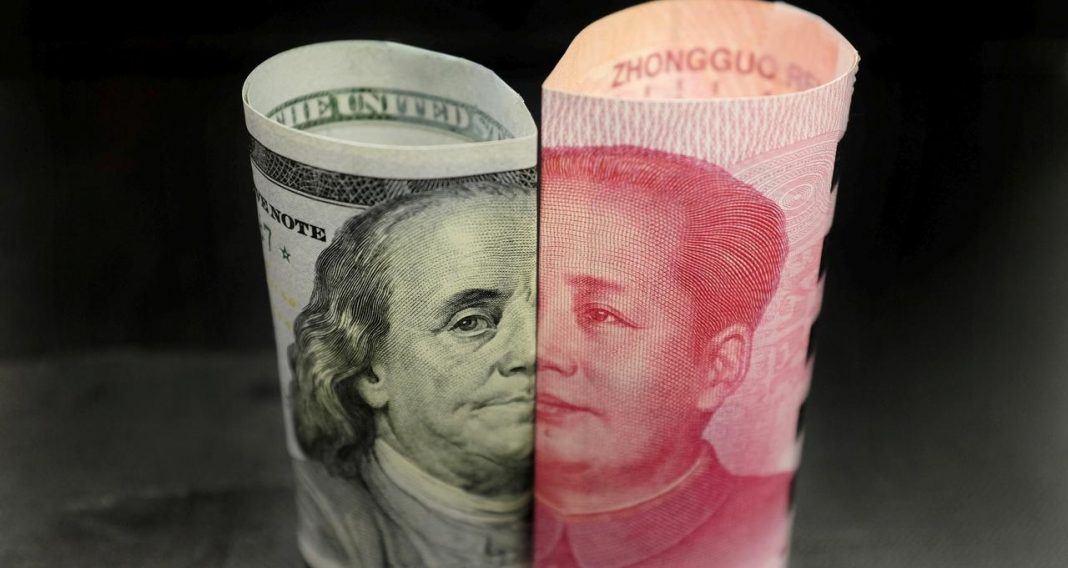 It’s easy for American to forget that Donald Trump has been in a heated trade war with China more than a year now, and it’s gotten even hotter as the president makes a bigger threat. China, in return is letting it be known that they won’t negotiate with a gun held to their head.

In what could be a grim preview of how investors might react to a full-out trade war between the world’s two largest economies, shares in multinational corporations sank Monday after President Donald Trump threatened new tariffs on China.

Any damage from higher import taxes would almost certainly ripple outward and affect anyone who buys a refrigerator, a car, an iPhone, or anything else with a computer chip inside. Companies that import goods or parts from China may or may not pass on costs to consumers, but they usually act to offset rising costs somehow, including potential job cuts.

Goldman Sachs doubled the odds of auto tariffs coming this year (to 20, and lessened the odds it gives to a free trade agreement between the U.S., Canada and Mexico.

“The President’s willingness to risk a market disruption by threatening an unexpected tariff hike suggests that he might also be willing to risk the disruption that formally proposing auto tariffs or announcing the intent to withdraw from NAFTA might cause,” Goldman Sachs said in research published over the weekend.

The sector hit hardest by escalating trade tensions was technology, particularly companies that make computer chips. Micron Technology Inc., Advance Micro Devices Inc. and Applied Materials Inc. all slid more than 2% by early afternoon, recovering a bit from larger losses. Other chipmakers were not far behind.

According to data provider FactSet, 64.7% of Qualcomm’s revenue comes from China. Broadcom’s Chinese revenue is 48% of its total.

Heavy hitters in the tech sector like Apple Inc., Amazon.com and Alphabet all lost ground. Apple gets nearly one-fifth of its revenue from world’s second largest economy.

But every sector was under pressure Monday, from industrial to retail, and shares that were in retreat Monday tracked closely with its exposure to China.

Wynn Resorts, with a host of casinos and hotels in Macau, gets about 75% of its revenue from China, according to FactSet. Wynn shares tumbled 4.1%.

Chinese companies were not immune to the damage.

Alibaba shares skidded more than 3% and shares in Weibo — China’s version of Twitter — fell more than 5%.

On Sunday, President Trump tweeted that he would raise import taxes on $200 billion in Chinese products to 25% from 10% as of Friday. That’s on top of a 25% duty on another $50 billion of Chinese imports. Beijing has imposed penalties on $110 billion of American goods.

The Dow fell 300 points at the open of trading, with the S&P 500 and Nasdaq sliding 1% each, and while stocks made a comeback, both were still down in the afternoon.

In a note to clients, an analyst for Raymond James said that although Trump has in the past used the threat of more tariffs as negotiating leverage, that doesn’t appear to be the case this time. The analyst wrote that based on the firm’s discussions with trade sources, there is “universal belief” that any potential agreement fell apart in recent days, despite an agreement being close to finished last week.

A spokesman for the Chinese government said its envoys continue to prepare for a trip to the United States for trade talks, although there were concerns in the aftermath of Trump’s tweet that Beijing might back out to avoid looking weak in the face of American pressure.

“The most important near-term indicator to watch will be whether the large delegation of Chinese officials comes to Washington on May 8, as scheduled,” wrote Goldman Sachs analysts. “If they do, this would indicate that they believe a deal is still reasonably likely. In this case, the tariff rate would rise only if the two sides are unable to come to an agreement by Thursday, before the increase takes effect on Friday. Alternatively, if the upcoming visit is canceled, an agreement in the coming week would then seem very unlikely.”